The Most Beautiful Beaches in San Juan, Puerto Rico 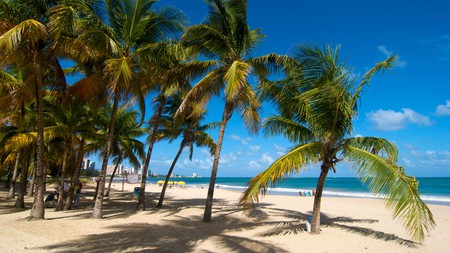 When it comes to pristine beaches and ancient palms, San Juan in Puerto Rico is no exception | Courtesy of Kreder Katja / Alamy Stock Photo

In the Puerto Rican capital, beaches are as varied as the crowds who flock to enjoy the sun, sea and sand that make San Juan such a tempting vacation destination.

Offering an eclectic variety of both sand and surf, San Juan, the capital and largest city in Puerto Rico, is home to beaches big and small, crowded and unspoilt. Each stretch of sand is magnificent in its own right here, with plenty to keep visitors of all ages entertained. Read on for Culture Trip’s cherry-picked selection of the finest. 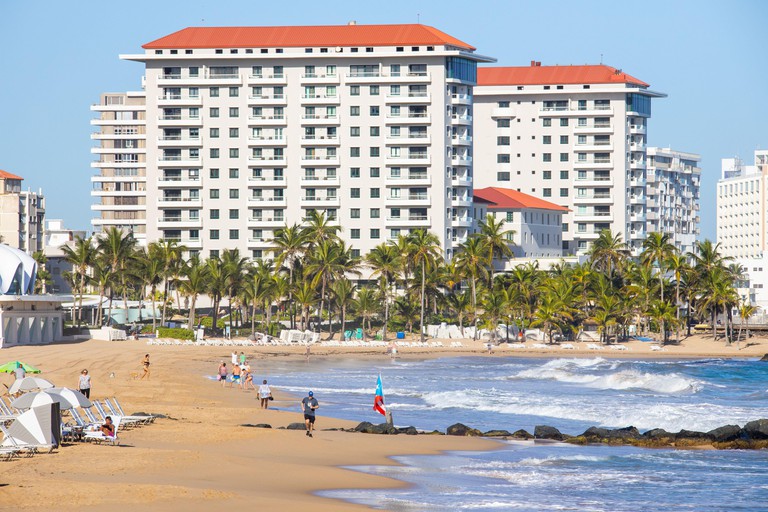 A long-time favorite of San Juan’s LBGTQIA+ community, rainbows are a regular occurrence at Atlantic Beach, which offers both relaxation and fun in equal measures. Flanked by a portfolio of beachfront hotels and restaurants – many of which offer access to beach chairs and umbrellas if you purchase food and drink – Atlantic Beach certainly knows how to entertain. Head to the nearby bike rental shop after a day of sun-baking and spend a couple of hours exploring a wealth of nearby tourist attractions, including San Juan Cathedral and La Fortaleza – Palacio de Santa Catalina. 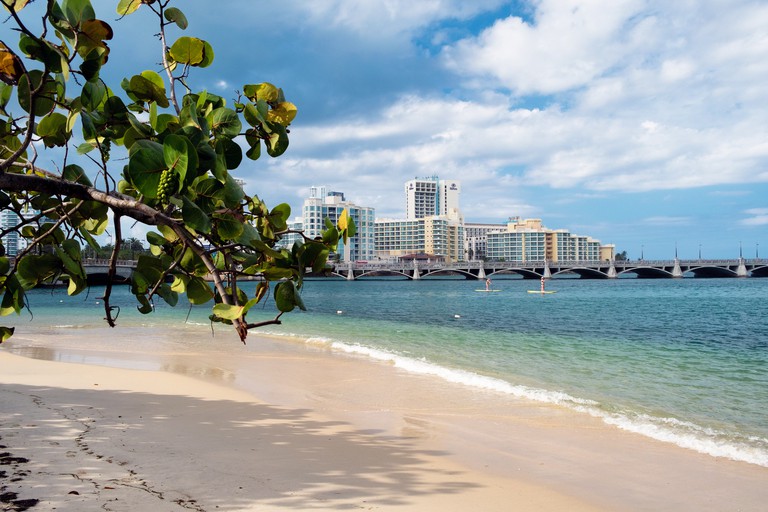 Condado Beach brings a dose of Miami to Puerto Rico, drawing everyone from celebrities and honeymooning couples to families with small kids. In close proximity to San Juan, you can spend the morning exploring the old city before bagging a prime spot on the beach for an afternoon of people watching – just keep in mind if you’re not staying at one of its oceanfront hotels, we recommend renting a sun lounger and umbrella to shade yourself from the strong Caribbean sun. 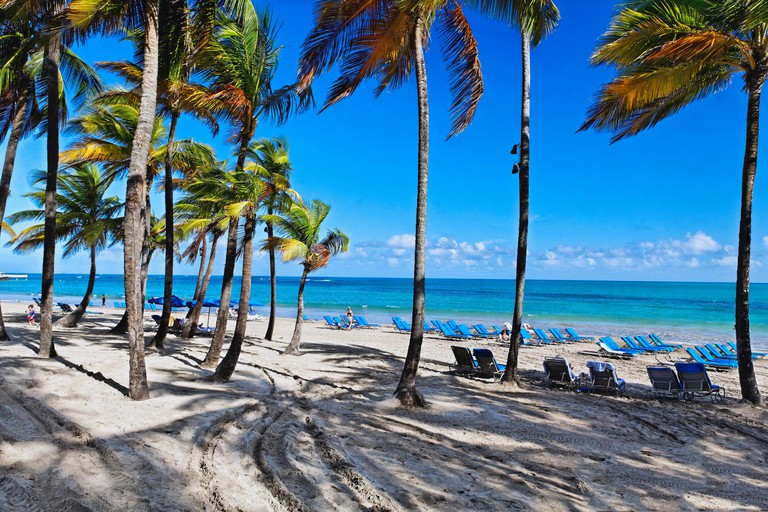 A popular San Juan suburb, the beach resort area of Isla Verde is home to some of the best high-end hotels in the city, plus a long stretch of sun-kissed public beach complete with toilet and shower facilities – and a great selection of beachfront restaurants. A prime spot for those with a penchant for watersports, you’ll love hitting the water on a rented jet ski, or parasailing through the skies. Surfing is decent too, where boards strapped to car roofs are a common sight. 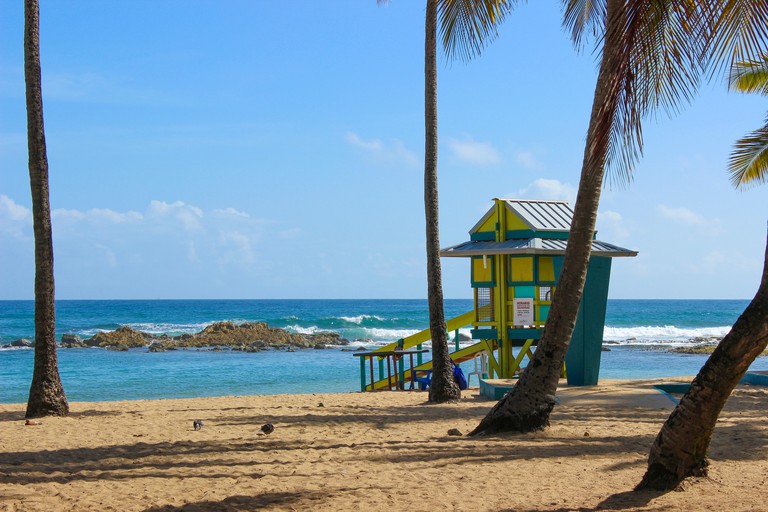 Often touted as one of the finest beaches in San Juan, come the weekend you’d expect families to be out in full force here. Luckily, Escambron Beach has managed to ward off the crowds you’ll so often find at many of the city’s coastlines, but we still recommend getting there early to set up shop on this sheltered arc of sand. Surfers tend to gravitate here as strong swells pump out perfect reef breaks, while a 17th-century Spanish fort shimmering in the distance makes for some pretty enchanting views.

Crowds not your thing? Then head over to Hobie Beach. Lying east of San Juan in the neighboring town of Carolina, it’s a great spot for swimming and sunbathing, with both chairs and umbrellas available for rent. If you’re visiting Puerto Rico for Noche de San Juan – the eve of the feast day for Saint John the Baptist – Hobie is one of the best beaches to fully capture the crowds and the celebrations, so be sure to head down early to really soak up the party atmosphere.

Perhaps one of Isla Verde’s most beloved beaches, Balneario de Carolina is one of a handful of Blue Flag beaches on the island, meaning it’s studiously maintained to pristine standards. Calm waves and low tides attract many families whose children can play on the beach or at the picnic areas – along with BBQ grills for a late afternoon feast and plenty of room to spread out under palm and almond trees for a post-feed snooze. 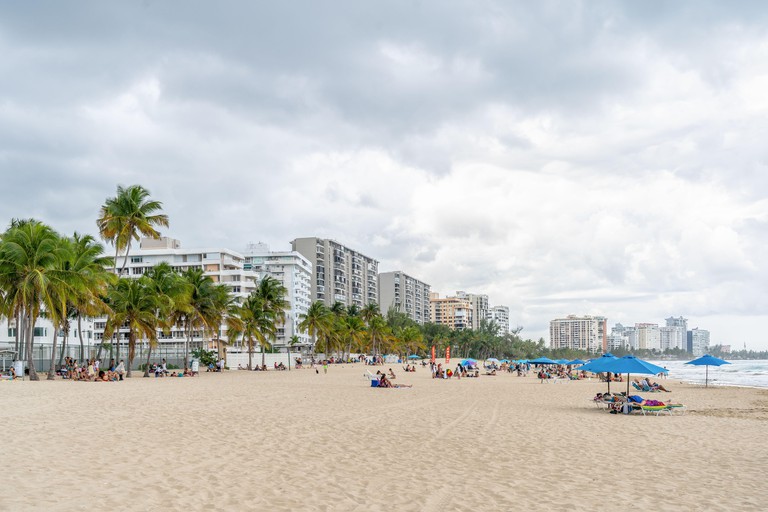 Often dubbed the Copacabana of Puerto Rico, Playa Isla Verde is a hotspot for the city’s beautiful people – who gather here to simply lounge on its golden sands or let off some steam with a post-work game of volleyball. Jet skis, flyboards, beach chairs and umbrellas are all available to rent – while it’s also a key location for delivering stunning sunsets. Many people stick around to watch the sun sink into the sea with a cold beer in hand. 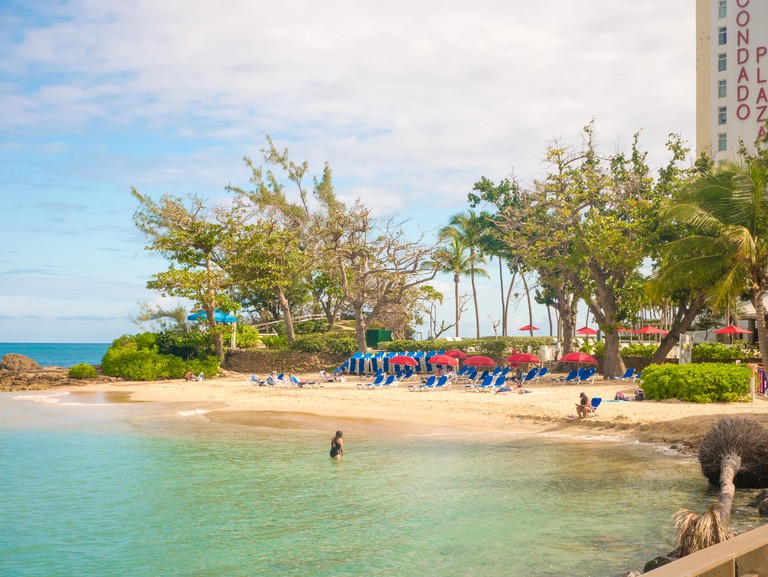 The quieter, more compact sister of Condado Beach, Playita del Condado is known for the clarity of its waters. What it lacks in size, it makes up for in its beauty – with towering trees lining the back of the beach providing plenty of shade in the morning and early afternoon. With transparent waters and non-existent waves, be sure to bring along a snorkel mask to discover the vibrant marine life below.

One of Isla Verde’s three beaches, El Alambique is closest to San Juan with water that’s calm enough for snorkeling and, despite its handy location, generally free from crowds. Chair and umbrella rentals are easily available if you’re not staying at one of its beachfront hotels, and when you inevitably get hungry from all the sun and saltwater, you need not look far. Alambique Beach Lounge comes highly recommended and there’s no setting more ideal to consume fresh seafood as you watch the sun go down. 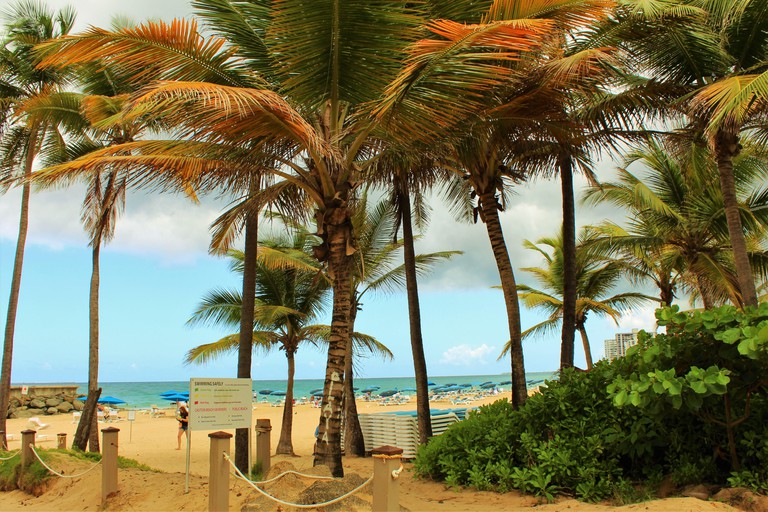 Within just 10 minutes of leaving San Juan’s bustling center, you’ll be in the sun-kissed Condado, an upscale region that is one of Puerto Rico’s most fashionable places to call home. The area is known for its blissful beaches too, with Condado Playa among the best of them. While snorkeling is possible, this beach is distinguished by big waves and strong currents, so bring a boogie board along and prepare for an action-packed afternoon.

This is an updated version of an article originally by Mariela Santos.

Looking for more recommendations? Why not make a weekend of it and book a stay with Culture Trip at the best beach hotels in San Juan or opt for a more personalized touch at one of these top bed & breakfasts? There’s plenty to do, too – from these 20 must-visit attractions to diving into local cuisine at these top restaurants or trying a local tipple at the best bars in San Juan.