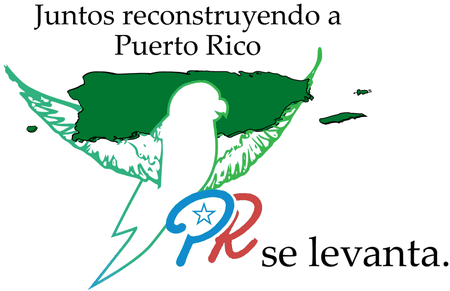 Five months after Hurricane Maria tore through the heart of the island – and the people – of Puerto Rico, the damage to the infrastructure, the toll on flora and fauna, and the effects on the Puerto Rican people are still very much evident. The entire island is in recovery, but it may take a couple of years to get back to where it was before the storm. 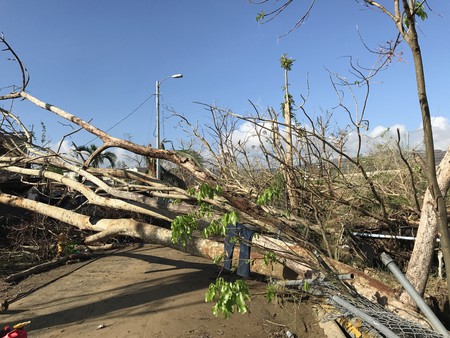 This being a first-hand account of the conditions in Puerto Rico currently, it is only fair to say that I am originally from the state of Wisconsin in the United States and have been living in Cabo Rojo for almost two years. Prior to moving here, my husband and I had visited the island nine times. We have many friends and have traveled the entire island several times. We consider Puerto Rico our home and our island.

Hurricane Maria hit the island packing 155mph (250kph) winds that decimated much of the foliage over the entire island. Huge trees were uprooted while others were completely stripped of leaves. It looked a lot like Wisconsin in the winter other than the snow, of course. It is amazing how fast nature can recover from its own destruction. The island is a luscious green again and the trees are full and healthy. Other than a few remaining blue tarps, our neighborhood looks like there never was a storm. Flowers are in bloom. When driving around there is still evidence of the storm but the flora that survived the storm is once again in its full glory. Different parts of the island were affected differently. El Yunque National Rainforest is still closed to visitors because of the damage it sustained. There are some long-range effects that are still unknown. For example: our star fruit tree does not have many leaves but does have fruit, despite it not being the right time of year to have this fruit. Same with the quenepa tree. Fruit at the wrong time of the year. It has also rained more than usual this dry season. 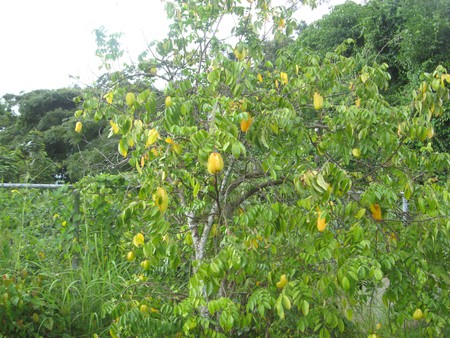 Of course, beaches were hit hard by Maria. In some cases, as much as two feet of seaweed washed up on the beach. One beach we frequent had 3 large sailboats washed ashore. Almost immediately there was a call for volunteers to help with beach clean-up. We participated a couple of times and now, 5 months later, most beaches are getting back to their prior beauty.

There aren’t many animals running around Puerto Rico but there are a few noticeable effects from the storm. The island has a small endangered population of Puerto Rican parrots that lives only in the rainforest. Many of these were captured and protected from the storm. The rest of the birds disappeared. Some birds were located through their tracking device and were found deceased, others began returning to their habitat in El Yunque and continue to do so now, 5 months later. The rest of the birds have returned and are just fine. One must wonder where does a bird hide in 155 mph winds? 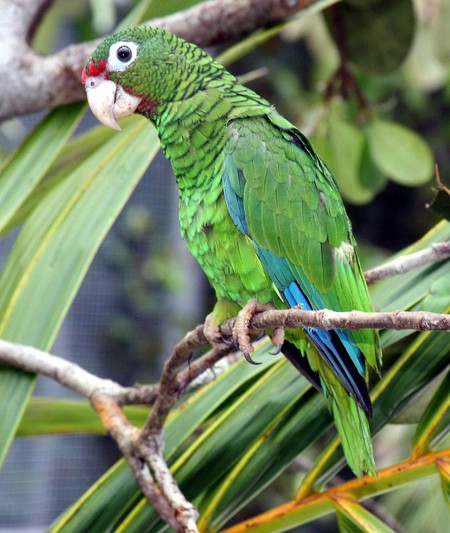 Unfortunately, our man-made recovery efforts are not quite as efficient as nature tends to be. Where we live everything is pretty much back to normal. Stores are stocked, gas stations are operating, banks are open, and most restaurants have reopened, as well. This can be somewhat misleading because there are still many places that do not have water and/or electricity, especially in the interior mountainous regions. In some places, every single electric pole was knocked down for miles. It takes a lot of time and materials to repair so much all at once. Electric service is stable but there have been warnings posted about possible short-term black-outs. There are areas, even in San Juan, where some traffic lights still do not work. There are some places where complete sections of roadway have been washed away. The recovery emphasis has been on restoring water, food, and electricity for the entire island. In the future, more substantial efforts will be made to repair the damaged infrastructure. As of now you can travel most anywhere on the island. The tourism industry took a big hit but is recovering nicely and more people are coming back to live or vacation on the island every day.

The devastation caused by Hurricane Maria was not just physical in nature. Maria has exacted a tremendous human toll as well. It has been estimated that over 1000 people died as a direct result of the storm. Many others have died from dehydration, lack of proper nutrition, and lack of medical care. As mentioned above there are still areas with no water or electricity. The US response was sluggish and not near the priority or the level of Houston after Hurricane Harvey and Florida after Hurricane Irma even though we, Puerto Ricans, are American citizens. This response has caused a lot of emotional stress and questions concerning our relationship with the US. There will be no emotional recovery for those that lost a family member. Also, there are thousands who were evacuated from the island who are now in the US either living with a relative or in a hurricane hotel. The funding for the people in the hurricane hotels runs out in March and they will be told to leave. If their area has no water or electricity or their house is uninhabitable I have no idea where they will go. In addition, many restaurants and other businesses were destroyed. Many restaurants, stores, and gas stations went out of business because of the extended period with no electricity. This caused many people to lose their livelihoods on top of everything else. So, 5 months after the storm, it is still causing a lot of stress and concern for the Puerto Rican people.

But Puerto Ricans are a very resilient people. It is amazing that on an island where there is a high rate of unemployment and below-poverty-level living, the Puerto Rican people are a happy, friendly people quick with a smile and a friendly salutation. All the time spent in gas lines, store lines, and bank lines there was never an angry word. People just visited and talked about how they were handling everything. The day after the storm people in our neighborhood were cleaning up and checking on neighbors and the elderly. Even after Hurricane Maria did her worst, 5 months later the island of Puerto Rico is still an island paradise in the Caribbean Sea and a great place to live. ¡Puerto Rico Se Levanta!