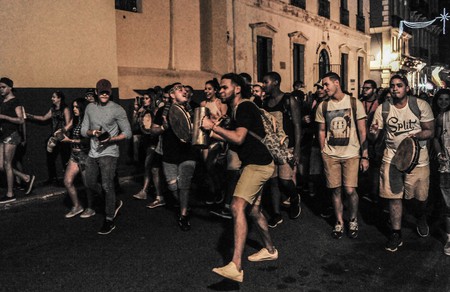 La Maquina Insular is a band that is sweeping Puerto Rico over with its revitalization of the plena genre. It is not a new form of music, in fact, it has been around for more than a hundred years. Yet with a mixture of old classics and newly produced music, La Maquina Insular is bringing back the popularity this genre had in the ‘50s and ‘60s. Here is your chance to meet the band and find out what they are all about.

The History of Plena

Plena music was born in Ponce in the southwestern portion of the island sometime between 1875 and 1920. Plena is music that is mostly played with percussion instruments while a main singer chants out the verses. The verses usually tell a story. The chorus is performed by other band members and spectators. This music is traditionally played on street corners in neighborhoods. Influences to Plena include the indigenous Taino Indians, Africans, and, of course, the Spanish. 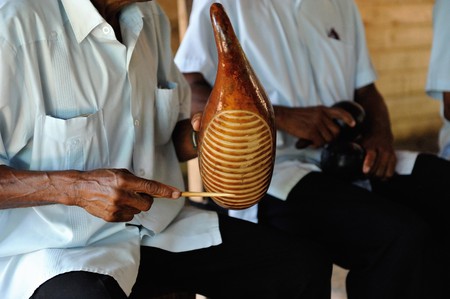 The History of La Maquina

The band La Maquina Insular has been the driving force of Plena revitalization for over ten years. They are on offshoot of the Viento de Agua Orchestra and are from Santurce near San Juan. The band’s leader and virtuoso is Hector “Tito” Matos. While the band has spent much of its energies bringing back the traditional music, Matos also writes new songs about current events. Their goal is to bring Plena street music back to the streets and neighborhoods. It is a fast-paced music full of percussion and fun because everyone gets to sing along. 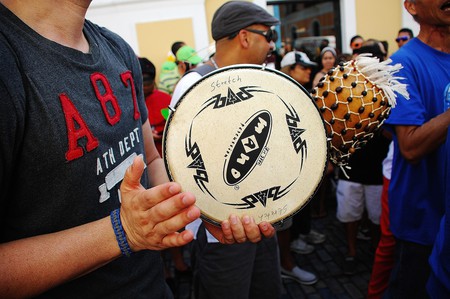 The Instruments of La Maquina

The instruments of the band include the tambourine, güiro, tumbandero, and backup with clarinet. These instruments and the chorus are performed by Luis “Lagarto” Figueroa, Erik Noel Rosado, Guillermo “Willie” Cabaro, Joksan “Joko” Ramos, and Ricardo Pons. Together they released the album “Somo la Plena/ Ven a Bailar” in 2016 which was a huge hit. They have also had releases on the Vampisoul music label.

Plena is a fun genre because of spectator participation but is also very important as an oral history of past and present Puerto Rico. So don’t be surprised if you are on a street somewhere and musicians show up to do a concert on a corner. If you’re lucky maybe it will even be La Maquina Insular! 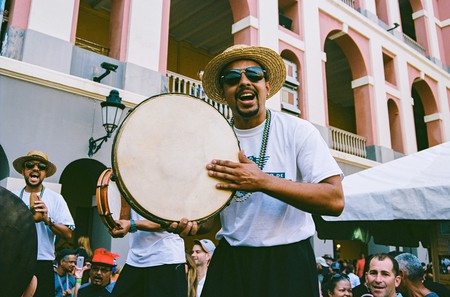 Playing the pandero | © Angel Xavier Viera-Vargas/flickr
Give us feedback