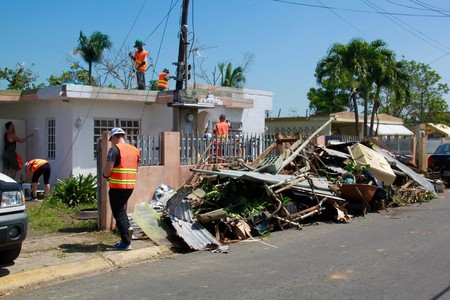 Don Davey heard about it on TV. He read about it in the news. But it wasn’t until he was on the ground in Puerto Rico before he truly understood the magnitude of devastation caused by Hurricane Maria.

Hurricane Maria wreaked havoc throughout the island, making landfall just south of Yabucoa Harbor at 6:15 a.m. on September 20, 2017. The Category 4 cyclone dumped 30 inches of rainfall over some parts of Puerto Rico in one day — equal to the amount of rainfall Houston received over three days during Hurricane Harvey.

The storm caused catastrophic flooding and power outages, demolished buildings, obliterated infrastructure, and resulted in more than 100 confirmed deaths (with reports saying the number could be as high as 1,000).

“I was amazed it was still very much a war zone months later,” Davey said. “Seeing it first hand rallied me to get behind this cause.” 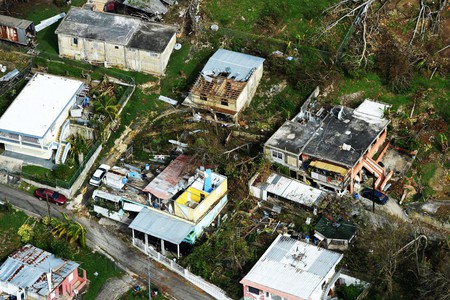 An aerial photo from Puerto Rico after the hurricane | © U.S. Department of Agriculture / Flickr

Davey, a retired National Football League player, joined forces with other former and current professional athletes including soccer legends David Villa and Kaka, WWE superstar Sheamus, and Olympic speed skater Apolo Ohno, in an effort to bring aid, relief, and a sense of normalcy back to those affected by Hurricane Maria, the strongest storm to hit Puerto Rico in 80 years.

The former defensive tackle for the Green Bay Packers and Jacksonville Jaguars was part of the Viktre Challenge, which raised more than $105,000 in Puerto Rico relief efforts. Davey, a Firehouse Subs franchisee, also donated $10,000 to the Firehouse Subs Public Safety Foundation, which was transferred to the Foundation for Puerto Rico to aid in relief efforts in the longest major power outage in United States history. 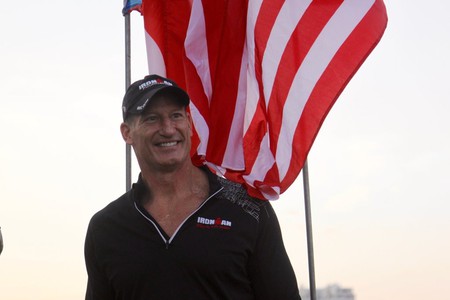 Davey got his first live glimpse of the storm’s aftermath touring Vieques, an island east of the main one, in January.

“It really humanized this whole natural disaster,” he said. “I live in Florida and we have hurricanes come through every year and we’ll lose power from time to time. The worst thing is my kids’ phones go dead and they can’t go on Instagram; it’s a minor inconvenience.

“Four months after Maria you still saw the impact of not having electricity or clean water and schools and hospitals are still closed.”

According to reports, more than 100,000 residents in rural, poor areas of Puerto Rico are still without power as of March 2018. 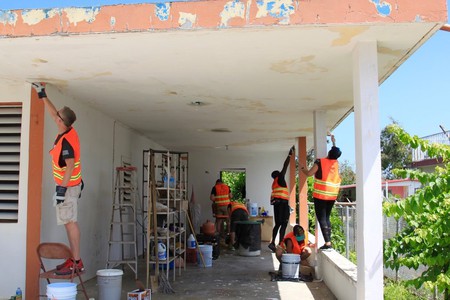 The relief and support efforts in Puerto Rico pale in comparison to those offered following Hurricane Harvey’s wrath in Houston. U.S. President Donald Trump even donated $1 million of his own fortune to Harvey victims, but had a different reaction with Maria victims months later.

“I hate to tell you, Puerto Rico, but you’ve thrown our budget a little out of whack,” Trump said when meeting local officials and touring the island on Oct. 3.

Davey’s reaction, on the other hand, was obviously more sympathetic. He said the efforts made bypassed politics and red tape. It was simply people helping other people in need.

“Touring the island the first time and being in the middle of it, I had to remind myself we weren’t in a third-world country,” Davey said. “This is America and they have the same rights and privileges I do as an American citizen, yet for whatever reason there isn’t a lot of relief coming down here. I saw real human beings suffering and wanted to do what I could to help.

“Even the $200,000 we gave and the help we offered is a small piece of what needs to happen down there but if we can do a small part, I feel really good about that. No matter what your political views are, we’re asking for direct human-to-human help.”