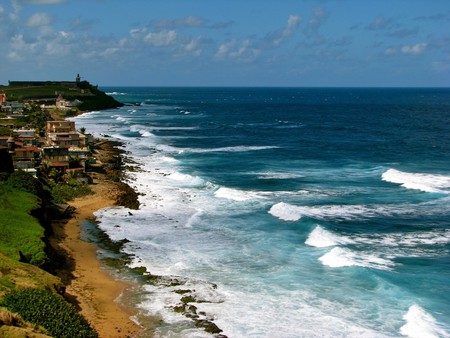 For some people, the allure of the Caribbean is irresistible and keeps them coming back again and again. For this writer, la isla del encanto (the island of enchantment), or Puerto Rico, had such a strong pull that, after about four years and 10 visits, I ended up moving here. From the moment I felt the spirituality of Old San Juan, I knew that Puerto Rico would one day be my home and through the years, I have shared my love of the island with friends and family.

Judy B first traveled to Puerto Rico in January of 2012, flying for the first time at the age of 64. That was only the beginning of her first big adventure. When she first encountered Puerto Rico, she was in complete awe. As she left the airport, it was drizzling and she saw a rainbow, which was the perfect welcome. Traveling with her daughter (me) and son-in-law along the northern coast of the island, she was dazzled by all of the colors—not just the lush green of the tropics and the natural pop of the colorful flowers, but how colorful the houses were. The trip was a journey of new experiences: eating octopus, sailing on the ocean, and checking out sights like the Arecibo Flea Market, the Camuy Caves, and the San Cristóbal and Felipe del Morro castles.

Judy had always loved Puerto Rico and knew quite a bit about it; her expectations were met during her visit but what did surprise her was how friendly and helpful the people of the island were and how they were willing to go out of their way to assist her.

There were also so many new and different foods that she loved—if you had told her she would one day love octopus and conch, she probably would have scrunched up her nose and said “No, thank you.” She also loved the small, local shops and food stands, and how people shopped for what they need on a daily basis. Judy has returned to Puerto Rico three times since her first visit and hopes to keep coming back. 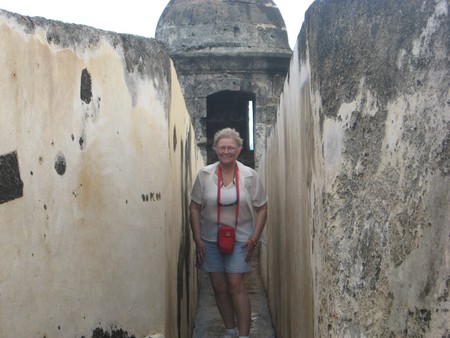 Emily was only 11 when she took her first trip to Puerto Rico with her grandmother, Judy B, and her aunt. To her, the scenery looked like a postcard and was everything she expected. Her favorite things to do were walking on the beach, sitting in the lagoon while watching the waves, and meeting new people. Of the locals, she said that they were “really nice, like they already [knew] you!” She was an adventurous eater, and even tried octopus, but her favorite food in Puerto Rico were the pinchos. Once, when she and her aunt went to a roadside stand to purchase some bananas, Emily ate one in the car on the way back to their beach house. She took one bite and her eyes got wide. “Oh my gosh. If this is what a banana is supposed to taste like, I want this for the rest of my life.” Emily hopes to return to Puerto Rico soon, perhaps on another trip with her grandmother. 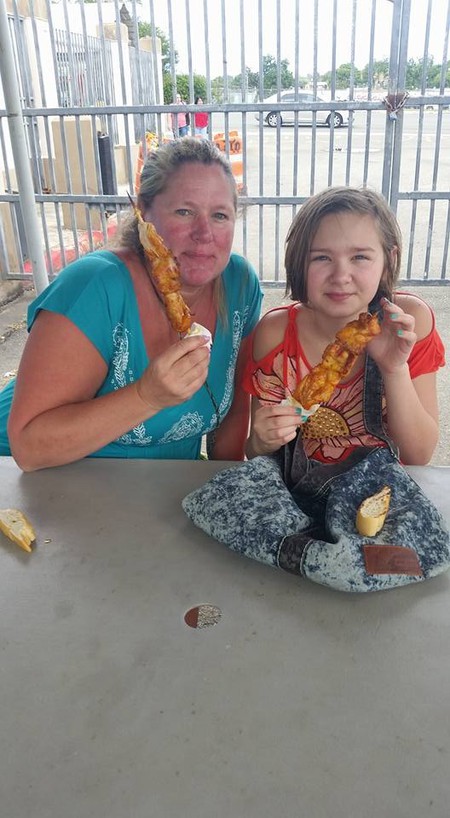 Jaime and her husband Michael eagerly await their second trip to Puerto Rico in March of 2018 because their first trip just wasn’t enough. On their first visit to the island, they were amazed at how varied the terrain was and how it made the island feel so much bigger than it actually is. The couple had a beach day at Combate Beach and spent a couple of days at Jaime’s favorite, Playa Sucia. They visited and hiked Cueva Ventana, took gorgeous photos, and experienced the casino nightlife in Mayagüez.

Jaime initially believed that the island would be more economically stratified, but was surprised at how economically equal most of the population seemed to be. She developed a passion for the island and gets defensive when people say they will never go to Puerto Rico because of the crime; there’s crime in Puerto Rico just like there’s crime anywhere else, like New York, London, São Paulo.

The people of Puerto Rico impressed Jaime and her husband. “I found Puerto Rico to have a strong sense of culture, family, and the people know who they are. Puerto Ricans are resourceful and strong-willed in a good way.”

When Jaime and Michael visit the island again, they hope to do some rebuilding volunteer work to help those who are still enduring the damage left from Hurricane Maria. This will not be their last visit. 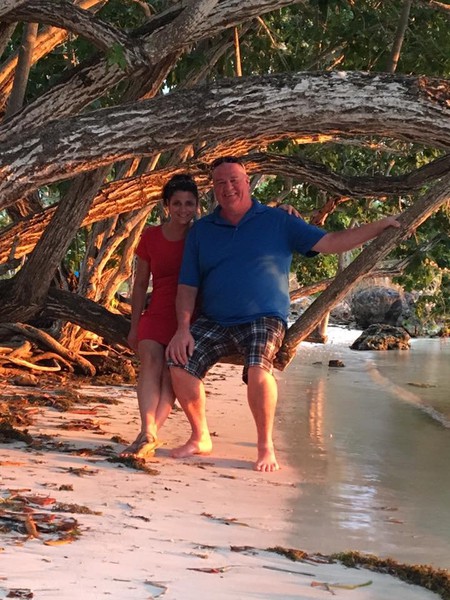 David is one of the wonderful people who left his family and friends to come to Puerto Rico for the rebuilding process after Hurricane Maria. He used his training and experience with the Army Corps of Engineers to coordinate and supervise the debris clean-up on the beaches on the northeast coast of the island, including Vieques. Not only did David leave his family to be on the island—he did so just before Christmas, arriving in Puerto Rico on December 21, 2017.

His biggest apprehension before moving was that he spoke no Spanish and he was worried that it would be a huge obstacle. However, once he started working with local contractors, he found that most of them spoke English and many of them improved their language skills by watching ESPN and playing video games. David did pick up some Spanish, primarily regarding food and slang.

David’s first impression of the island was that of devastation. “As I looked out the window, all I saw were the blue tarps on houses and businesses. As I drove around, I could tell this was a once-beautiful island but Maria [had] really devastated the scenery.”

His interaction with the people of Puerto Rico was mainly through work and dining out; 12-hour days, 7 days a week didn’t leave much time for fun. “The most impressive part is [that] after 140+ days without power, [the people] still have a smile on their faces and wave as you drive by.” David is a hard-working family man and he loved that Puerto Ricans share the importance of these two values.

When asked what his expectations of Puerto Rico were versus the reality he experienced, he responded, “Truthfully, [I expected that] Puerto Rico [would be] a third world country. In reality, it’s [basically] just a Spanish-speaking United States.”

David’s biggest surprise is that he now wants to bring his family to share some of his favorite beaches with them, like Playa Chiva on Vieques, as well as some of his favorite foods like mofongo relleno con churrasco. Before his visit to the island, “there was never a thought in [his] mind that [he] would ever visit Puerto Rico because of [his] preconceived thoughts of the country and the people.” David adds that he know he’ll visit again, though hopefully not because of another hurricane.

As I’ve already mentioned, my husband and I loved the island so much that we decided to move here. Our first time in Puerto Rico was during an 8-hour layover in San Juan. We went through passport control and customs quickly, then hopped right into a cab to head to Old San Juan. We asked the driver to take us to a great breakfast spot and he dropped us off at La Bombonera, an excellent choice. We were returning home from a 2-week vacation at an all-inclusive resort, which was nice, but as we enjoyed our meal, I said to my husband “Why do I feel like I’m more on vacation now than I did the entire two weeks at the resort?”

After our breakfast we visited Castillo San Cristóbal, an old fort in San Juan, and I was in awe of being in a structure that was so old and had so much history. Afterwards, we walked the streets of Old San Juan and did a little shopping. We started to head to the cab stand to get back to the airport when we heard some wonderful salsa music. We asked ourselves “How bad would it be if we missed our flight and had to stay a night?” We didn’t actually do that, but a couple of months later, I booked a return trip to San Juan.

We loved it so much that we traveled to the island 10 times before deciding to make a permanent move. My husband had lived in Panama for a number of years and his degree in Latin American history was very helpful (along with the fact that he knew Spanish). I myself was picking up a little more each time we visited, but when we decided to make the big move, I started using an app to learn it more quickly. I still feel anxious when trying to speak with native Spanish speakers, but one thing I realized is that they are very patient and helpful, and appreciate the fact that you’re at least trying.

As we sold our home, cars, and as many of our things as we could in the States, many people would ask, “Why Puerto Rico?” The list of reasons is long but simple: the people, the music, the food, the weather, the rum, the dancing, the beaches, the culture, and something new every day. We love our enchanted island. 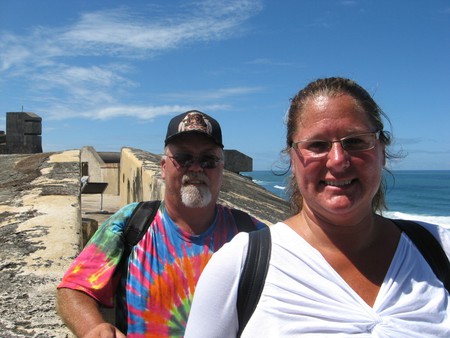