Everything You Need To Know About the Board Game "Puerto Rico" 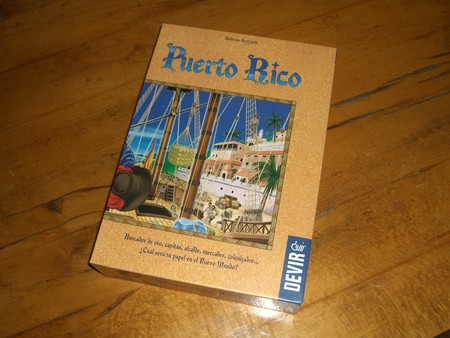 In 1493 Christopher Columbus discovered the eastern most Antilles islands. About fifty years later Puerto Rico began to really flourish as a new colony for Spain. In this game you are the colonists coming to the new world with only one goal in mind: to gain the “highest respect” and the “greatest prosperity.” You will achieve this goal through ownership of plantations, by building factories and warehouses, trading and selling goods that you produce, and shipping goods back to Spain.

Setting up the game may seem a little complicated at first because there are many cards, pieces, and tiles. However, the game has a good set of instructions and after the first couple times set up is quicker and much easier. The game can be played with two to five people and the game board is set up accordingly. “Puerto Rico” is played in several rounds with the winner having the most victory points. 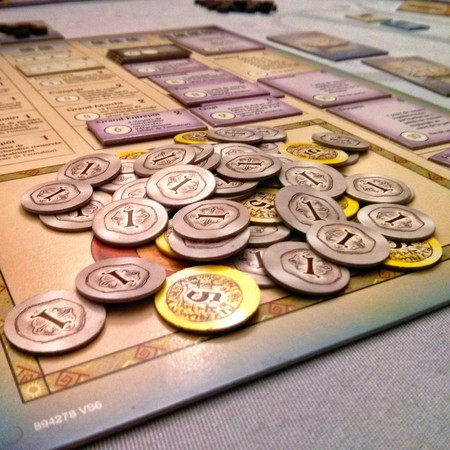 This game has a logical progression just like a real business venture. For example: when you buy a plantation (coffee, corn, sugar, tobacco or indigo) you need colonists to work it. You must also have a factory or warehouse to produce or store goods. These goods must also be sold or traded to keep the plantations operating and profitable. “Puerto Rico” has subtle reminders of the game “Monopoly” for you can indeed form monopolies. Victory points are earned through ownership of buildings, factories, warehouses, ships, and the sale of products produced and shipped.

In each round all players will have a chance to role play from eight different role-playing cards. These include: settler, mayor, builder, craftsman, trader, captain, and prospector. The governor card is used to start the round. These cards have certain advantages and are used to further your holdings. 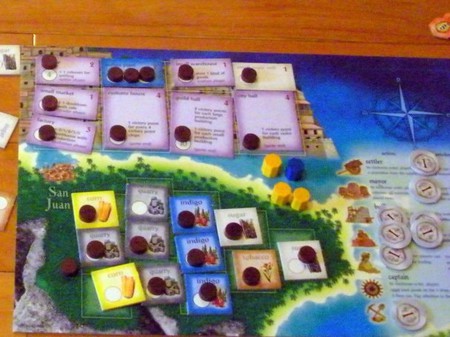 Player board of the “Puerto Rico” board game | © Yawen Lin/flickr

As the 12-page instruction manual explains “The game ends at the end of the round in which at least one of the following conditions is satisified: at the end of the mayor phase there are not enough colonists to fill the colonist ship as required; during the builder phase, at least one player builds on his 12th city space; [or] during the captain phase, the last of the victory point chips is used.”

This is truly a fun game and it only takes around an hour or so to play. It is more interesting than Monopoly because it is more diverse, you are in control of your holdings and it doesn’t take forever to play a game. But remember the two most important things about this game: “GREATEST PROSPERITY AND HIGHEST RESPECT! “ 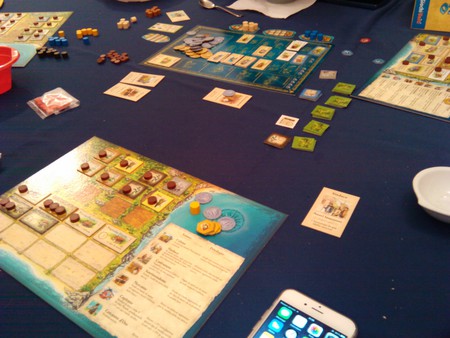 Playing “Puerto Rico” Board Game | © supermiagolator/flickr
Give us feedback