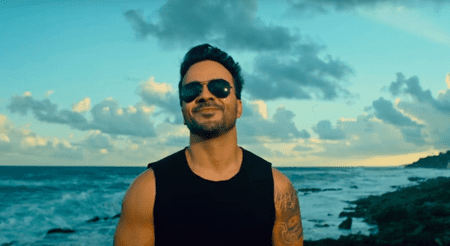 ‘Despacito’ singer Luis Fonsi has been unveiled as the new ambassador for tourism in Puerto Rico.

The hit summer anthem has been credited for boosting visitors to the country, so it makes sense that Fonsi is now on board officially. Puerto Rico’s governor Ricardo Rossello revealed that Fonsi will be working with a tourism company to promote travel.

Despacito means ‘slowly’ in Spanish, and the new campaign will be encouraging travellers to take their time experiencing everything the country has to offer.

Fonsi said: ‘In the next year I will be working on efforts to make known the wonders of our beautiful island. Being an ambassador of the land where I was born fills me with pride.’

The singer, 39, was born in the capital, San Juan, before his family moved to the US.

The track is now the most streamed song of all time hitting more than 4.5 billion plays in July. It also became the most watched video on YouTube, with 3.2 billion views in just seven months.

Fonsi collaborated with Puerto Rican rapper Daddy Yankee on the track, with Justin Bieber featuring on the remix.

The reggaeton song has hit number one in 45 countries since it was released in January. It became the first Spanish-language hit to top the US Billboard Hot 100 since ‘Macarena’ in 1996.