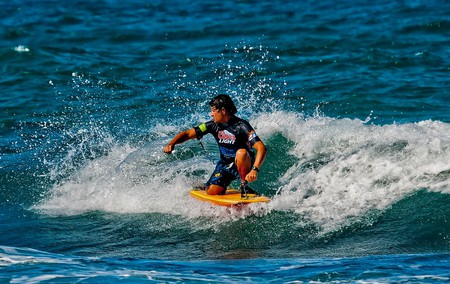 There are a variety of places for surf lovers to take to the waves in Puerto Rico, catering for all skill levels in the sport. According to Frommer’s, the most popular surfing area is between the towns of Isabela and Rincón. However, in and around the Puerto Rican capital of San Juan there are a few beaches that surfers enjoy. This guide offers a glimpse into the surfing options, which will leave no doubt why some people call Puerto Rico “the Hawaii of the East.”

La Ocho is a good spot for surfers, with the waves breaking both left and right; while both sides are good, its best side is the left. Though the location is suitable for all levels of surfers, there is also a coral reef beneath the waves. There is a bus stop located nearby bearing the name of the beach, so it’s easy to access through Old San Juan and the Escambrón Beach – one of San Juan’s most beautiful beaches. Stop by La 8 Surf Shop, a store close to the beach where surfers can buy boards, clothing, and other gear. Before or after surfing there are other attractions nearby, including the historic Fort San Cristobal. 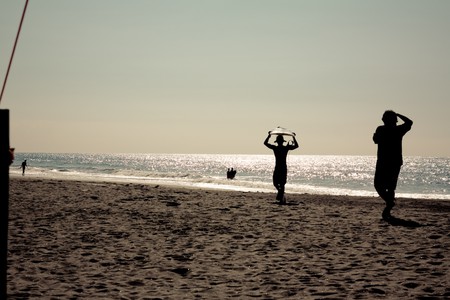 Off to surf in San Juan | © Daryll Jann/ Flickr

Another surfing area with a coral reef ocean bed is Los Tubos in the northern town of Manatí, which is adequate for mid-level and professionals surfers. Home to a summer festival, the waves break on the left and right at Los Tubos, where it’s easy to enjoy the sandy shore. In addition, there’s a fun spot on land that’s great when traveling and looking for entertainment ideas for kids. Re-energize before heading back to the waves by grabbing something to eat from a food truck nearby called the Healthy Love Açaí Bus/Bar. Surfing is the main water activity here, but visitors to Los Tubos can also enjoy nature watching as a variety of marine animals swim by.

Aviones is a good surfing location year-round, where waves also break left and right. In the popular Piñones area, this beach is close to the San Juan International Airport, so it’s easy and convenient for surf lovers to practically hop off of a plane and hit the waves straight away. It’s best for surfers with mid-level skills or above, so beginners beware. Since it’s a popular spot, it can get crowded at times with thousands of visitors per year. Don’t let that stop you from checking it out, however, because it’s visited by many for a good reason. 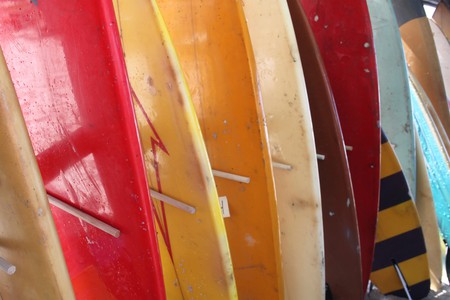 There are multiple surf schools in San Juan that are worth considering if you don’t already know one end of a surf board from the other. If you want to learn how to catch a wave, Spectrum Surf School, Caribbean Surf School, and Wow Surfing School and Jet Ski are among the best. Visitors should make sure to include surfing as part of their sports adventures in Puerto Rico.