A Brief History of the San Juan Cathedral 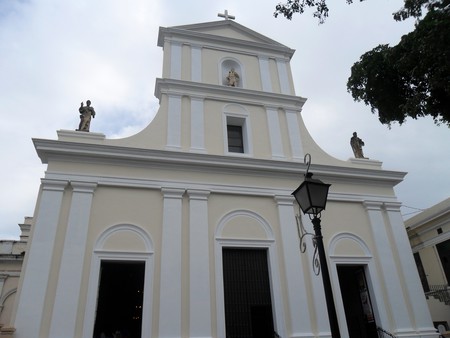 Travelers in the Puerto Rican capital city of San Juan have many attractions available for them to enjoy. In Old San Juan specifically, there are many historic structures to visit, with the San Juan Cathedral, or Cathedral of San Juan Bautista, being one of those buildings. Keep reading to learn more about this unique cathedral that dates back centuries to Spanish rule on the island and is still in use today.

Spanish rule and the spread of Catholicism

After explorer Christopher Columbus arrived in the Americas and contributed to the Spanish rule in the region, the Catholic religion was imposed on the Taíno indigenous community and enslaved Africans, according to the Smithsonian. The building of the San Juan Cathedral was part of the establishment and spread of Catholicism on the island, with the construction of many other churches following—some of them are still in operation. 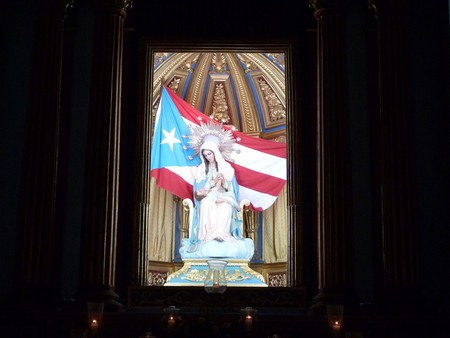 Named after Saint John the Baptist and built in 1521, the San Juan Cathedral is the second oldest Roman Catholic cathedral in the Americas and the oldest on United States soil. The cathedral has gone through various changes over the years, partly because the original was made of wood and torn down by a hurricane, only for the rebuilt church to suffer through a second hurricane years later. Another event that affected the structure was looting ordered by the Earl of Cumberland in 1598. 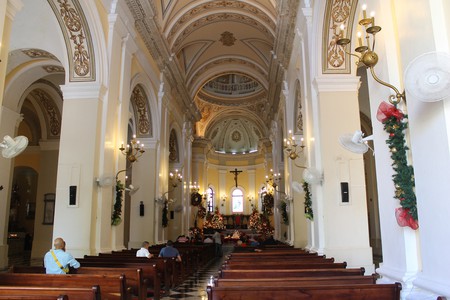 A visit to the Gothic-style cathedral exposes travelers to notable features of the structure, including the ornately decorated ceiling, stained-glass windows, and the resting place of two famous men: the Spanish explorer Juan Ponce de Leon and St. Pius. The cathedral sits just across the street from what is now the boutique hotel El Convento, a former convent. Also, the structure currently serves the important function of being the seat of Puerto Rico’s Archdiocese, and home to the Archbishop of San Juan, Roberto González Nieves.

Masses continue to take place at the cathedral throughout the week, and it’s not uncommon to see newly married couples descending the front steps along with their wedding guests.

The cathedral is a must-visit stop when carrying out a walking tour of architectural treasures in Old San Juan. Nearby attractions include the Capilla del Cristo, Plaza de Armas, the Parque de las Palomas or Pigeon Park, and the Governor’s residence and main office, La Fortaleza. 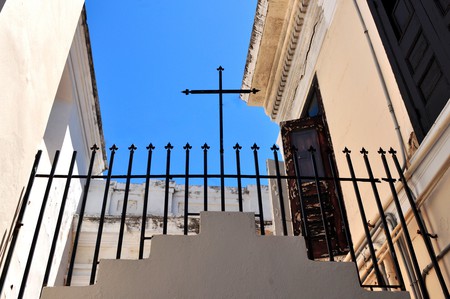