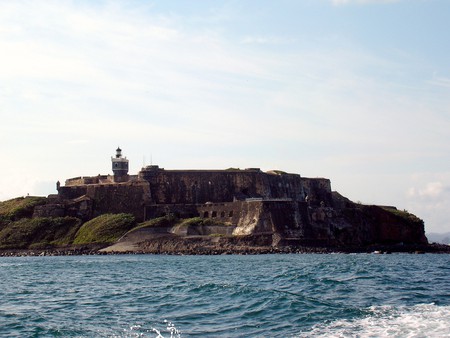 View of El Morro from the water | © TravelingOtter/ Flick

Castillo San Felipe del Morro, commonly known as El Morro, is a fortification built in San Juan, dating back to the 16th century, when Puerto Rico was under Spanish rule. Now a Word Heritage site it is one of Puerto Rico’s most iconic structures. Facing the Atlantic Ocean and situated in what is now known as Old San Juan, the capital city’s historic district, El Morro bridges the past with the present.

Built at the entrance of the Bay of San Juan, as the United States National Park service notes, made the fortification’s location crucial to protecting this premier Spanish colony- and protect Puerto Rico it did. El Morro came under attack multiple times by a variety of opponents, the most notable probably being renowned seaman Sir Francis Drake. 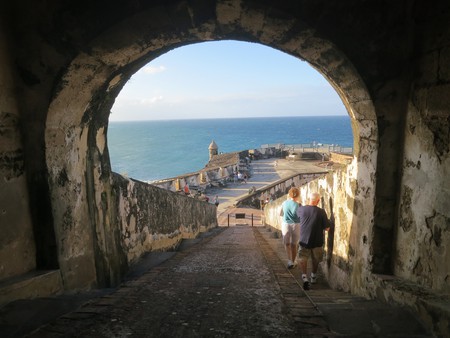 Continued use under the United States

When Puerto Rico was ceded by Spain to the United States at the end of the Spanish-American war, El Morro continued to play an important role in protecting the area. Features like a bunker and observation post were added, and it was used as a military base by the United States during World War I and II.

Once El Morro was no longer in use as a military structure, it was officially named a Historic Site. Since then the fortification and its lawn have been host to many events, especially concerts by various musical acts, including the Symphonic Orchestra of Puerto Rico and the Greek pianist and composer, Yanni.

A place for everyone

Currently on any given day, families can be seen flying kites from the sprawling lawn in front of El Morro, various groups including students and tourists explore the fortification, and visitors of all ages take advantage of the breathtaking view to snap pictures. 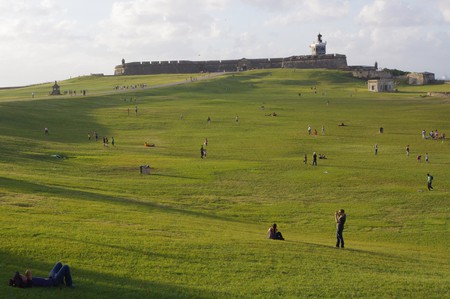 El Morro and Lawn | © Ken and Nyetta/ Flickr
Give us feedback