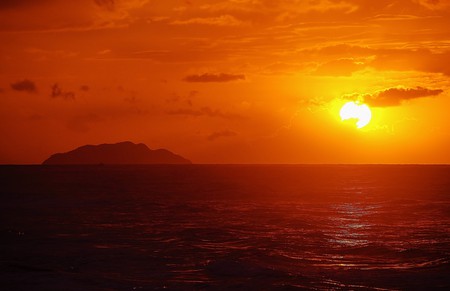 Many travelers know that Puerto Rico is one of the most enchanting islands in the world, but what most do not know is that there are eight other exquisite islands here to explore. Plan an island-hopping adventure for your next vacation.

One of the most well-known islands of Puerto Rico is Vieques. This is the largest of Puerto Rico’s islands, measuring approximately 21 miles (34 kilometers) long and four miles (six kilometers) wide. This island was once home to a US Naval base, and evidence of that base can still be found today. The island has been transformed into a lovely vacation destination with about 10 beaches of varying sizes, with different types of sand and amenities. Fly into San Juan and then take the short ferry ride from Fajardo to Vieques and experience a little bit of paradise. 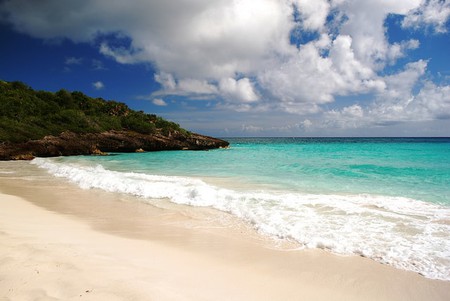 Another well known island is Culebra, whose beaches are considered some of the most beautiful in the world. Culebra and its cays offer ample snorkeling and scuba diving opportunities and stunning beaches for swimming and sunning. Be sure to plan a day trip to Culebrita, as you will not want to miss its sugar-white sand and sparkling blue water.

Isla de Mona (Mona Island) is the third-largest island in the archipelago of Puerto Rico, and located 41 miles (66 kilometers) off the west coast of the main island; it is considered a barrio of Mayagüez. Isla de Mona is for the adventurer. It is rugged, rustic, and challenging. Camping is allowed, with a maximum of 100 people on the island at a given time; you must get your permit at least two weeks in advance. This island, too, has incredible snorkeling and scuba diving options. Mona Island is home to over 100 endangered species, including giant iguanas and sea turtles. 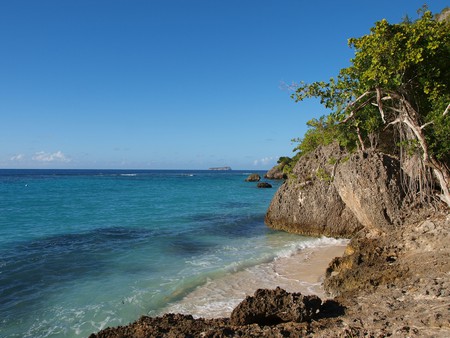 Monkeys, specifically rhesus macaques, were brought to this island in the 1930s for a primate study and they continue to thrive there today. Visitors cannot go on the island itself, as only the scientists are allowed, but you can find a number of excursion outlets that offer kayak rental for the 0.5-mile (0.8-kilometer) trip to the island, which you can observe from the water; if you are not a kayaker, there are boat trips available. The water is very clear and shallow, and there is a sunken barge that can be explored.

Hurricane Maria decimated Monkey Island, stripping it of foliage and eliminating a natural water supply, but these clever creatures used their survival instincts to find good hiding places and huddled together for protection during the storm. The day after, scientists and volunteers were providing monkey chow and fresh water to the monkeys. As with the rest of Puerto Rico, the foliage is returning, and the monkeys’ home will be vibrant again soon. 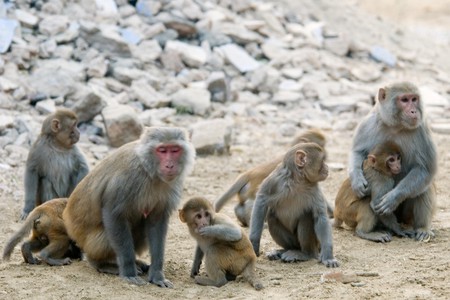 If you are more of a resort traveler, then Palomino Island is for you. Calm, shallow turquoise waters are perfect for children and adults, and there are the usual resort activities like snorkeling, horseback riding, and water sports. You must be a registered guest of El Conquistador Resort to access Palomino Island. 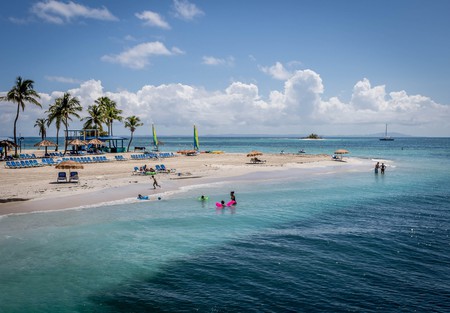 Gilligan’s Island, of course named after the popular TV show from the 1960s, is a perfect day trip for the family. It is a very short boat ride from Guanica on the southern coast of Puerto Rico. The water is shallow enough for kids to swim around the entire island. Snorkelers can find schools of fish and coral. There are picnic tables, barbecue pits, and composting toilets, so bringing the kids for a day should be easy. There are no shops on the island itself, but you can order food at the ferry in Guanica and they will bring it out to you. If you go during the week during the low season, you will probably have the island to yourself, perhaps for a romantic getaway. 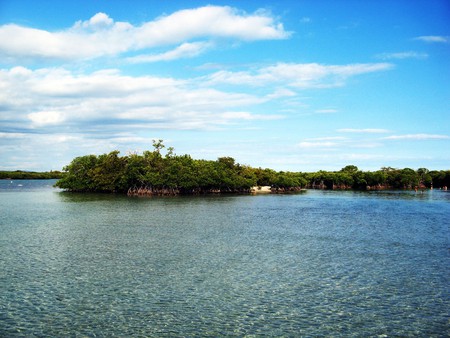 Isla Caja de Muertos, or Coffin Island, lies eight miles (13 kilometers) off the coast of Ponce, also on the southern coast of Puerto Rico. There are ferry rides and catamaran trips available, or you can take your own transportation. As with all of the islands of Puerto Rico, Coffin Island has beautiful beaches and opportunities for snorkeling, including a guided snorkeling tour with underwater signs. There are also hiking trails and a lighthouse to explore, so there is a little something for everyone. You need to bring your own food and water, but there are picnic tables available for your convenience. Coffin Island is a great place to find conch shells.

Desecheo is a very small island (with an area of 0.37 square miles, or 0.97 square kilometers) about 12 miles (19 kilometers) off the cost of Rincon on the western side of the island, that is managed by the US Fish & Wildlife Service. Visitors are not allowed on the island, because of the danger of unexploded bombs from the days when it was used as a practice site by the US military. So why go there if you can’t get on the island? Desecheo is one of the top 20 locations in the Caribbean region for scuba diving and snorkeling. Visit “Candy Land” (named for its colors), “Ladder Reef,” and “the Caves.”

La Parguera is probably one of Puerto Rico’s best-kept secrets, one that needs to be shared. The snorkeling and scuba diving opportunities at the nature reserve are tremendous. Schools of tropical fish can be seen in sea-grass beds, and there are brilliant coral reefs, salt marshes, and so much more. Dolphins, manatees, and sea turtles are often seen. You can go scuba diving at the Parguera Wall, or check out the bioluminescent bays in the evening. After all this, relax and enjoy a delicious meal in La Parguera, a small fishing village in Lajas on the southwest coast. 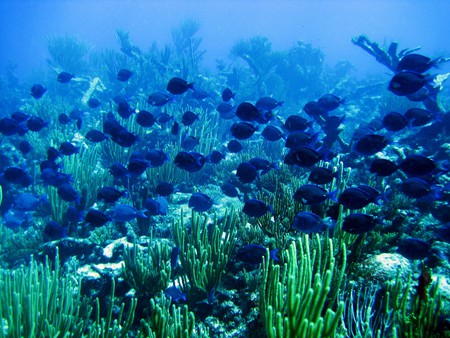 Discover Puerto Rico’s traditional drinks, and where you can try them.