Unusual Places You Can Visit in Puerto Rico 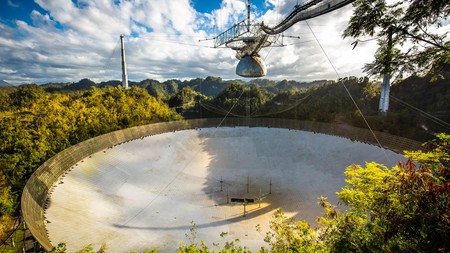 Puerto Rico offers everything you’d expect from a Caribbean island. There are golden beaches, inviting swimming waters, lots of beautiful nature inland and an atmospheric city at its centre. But dig a little deeper and you’ll find Puerto Rico is full of surprises, some natural and some man-made, so here’s our guide to the most unusual spots to visit. 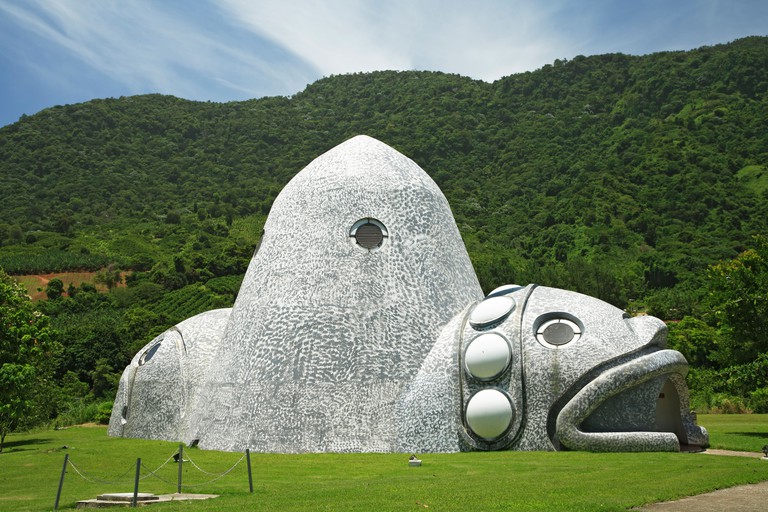 Located in the town of Jayuya in central Puerto Rico, the Museo Cemi contains exhibits dedicated to the indigenous Taino community. The small museum is shaped like a cemi, an artifact with religious significance. Learn about Puerto Rican history in this one-of-a-kind environment. 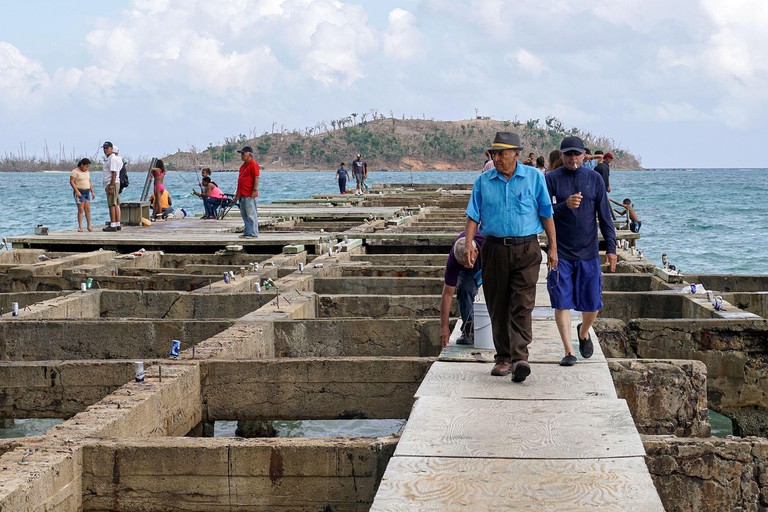 2C093G6 Beachgoers stroll along the pier on the beach in the Humacao municipality of Puerto Rico. Behind them is a good view of Cayo Santiago, popularly known as Isla de los Monos, or Monkey Island. (Iris Gonzalez Roman, GPJ Puerto Rico) | © Global Press / Alamy

Cayo Santiago is known as Monkey Island for its popular inhabitants. There are about 1,000 monkeys on site now studied by the University of Puerto Rico’s Caribbean Climate Research Center. They are descendants of about 400 rhesus macaque monkeys that have been on the island since 1938. Visitors can view Monkey Island and its furry residents from a boat.

Open In Google Maps
Humacao, 741, Puerto Rico
Give us feedback 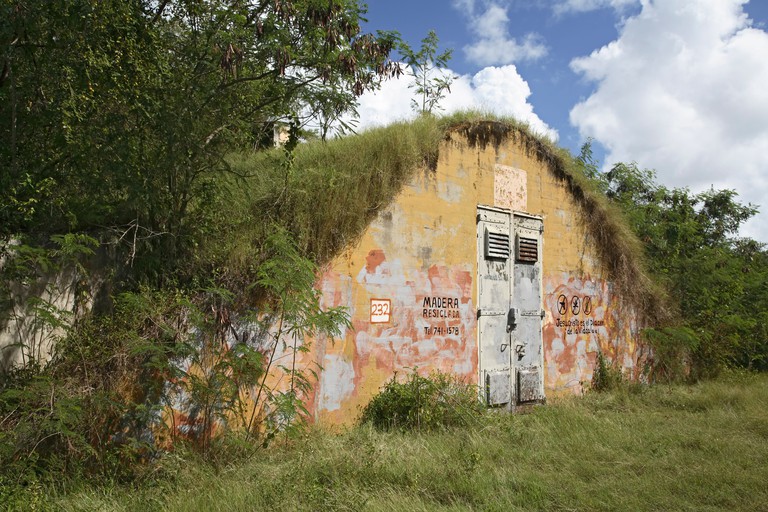 Vieques is one of the smaller islands that make up the archipelago of Puerto Rico, and it is known for its beautiful beaches and resorts. Less known about Vieques is that it was used by the US government for naval training and exercises starting in WWII. The bunkers are abandoned; there hasn’t been Navy presence in Vieques since protests in 2003. 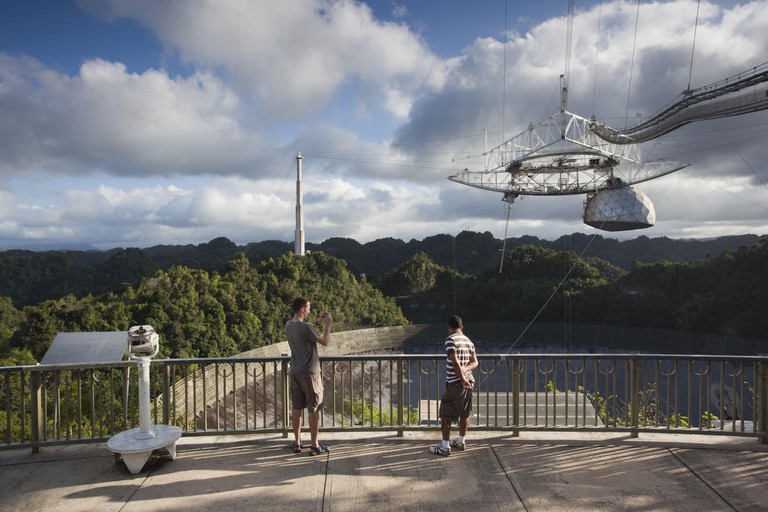 The radar de Arecibo, in the town of Arecibo, has been open since 1963. The concept of the observatory was developed and supported by Cornell University professors Bill Gordon and Tommy Gold. The radio telescope is used for scientific research in atmospheric and planetary science. Supported by both local and federal organizations, “it’s the largest single dish radio telescope in the world,” per the Ana G. Mendez University System. 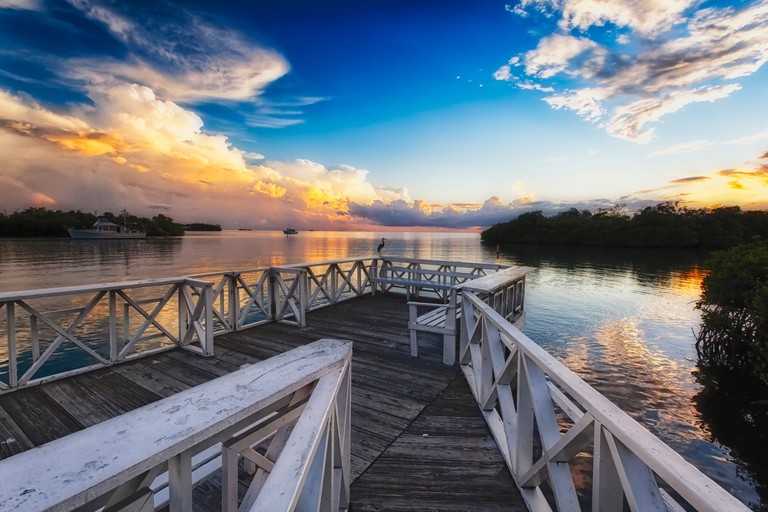 Open In Google Maps
Puerto Rico
Give us feedback 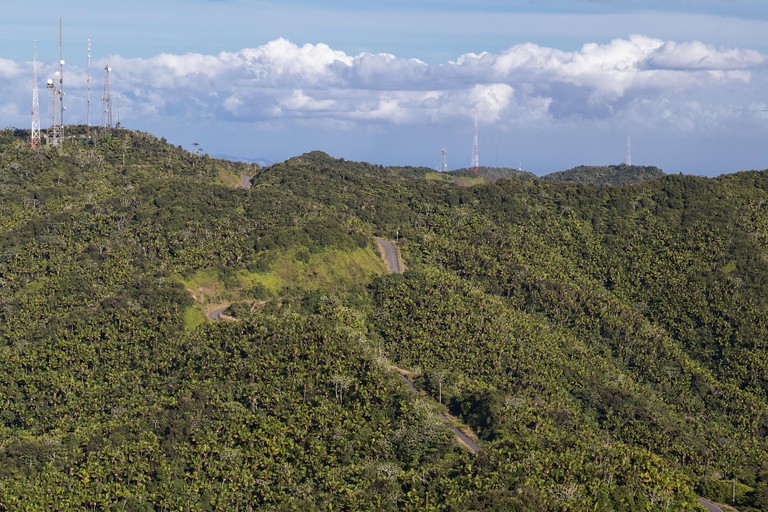 The highest peak in Puerto Rico exists in the town of Jayuya. The rare plant species Elaphoglossum serpens is unique to Cerro de Punta and cannot be found anywhere else on the planet. For access to the peak, it’s necessary to drive partially up the mountain, park the vehicle, and hike the rest of the way.

Open In Google Maps
Jayuya, 664, Puerto Rico
Give us feedback 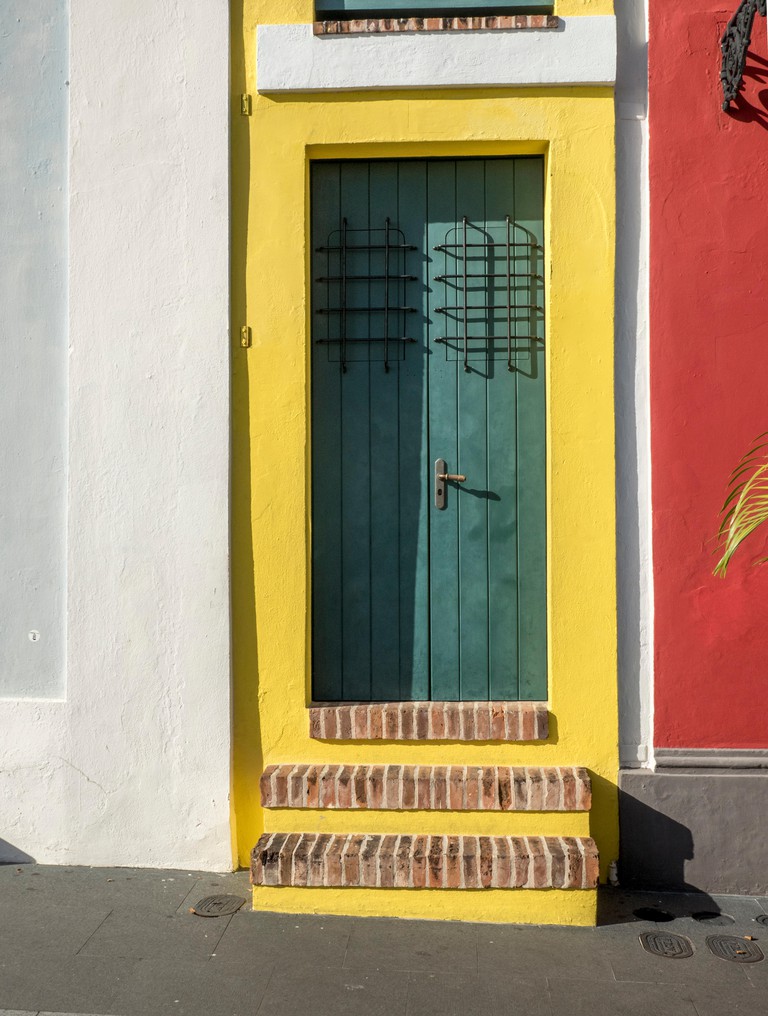 The Narrow House, or La Casa Estrecha in Spanish, may be easy to miss but it has the distinction of being one of the narrowest houses on the globe. Located in the historic Old San Juan district beautiful doors, this five-foot-wide (1.5m) house is painted yellow.