7 Things You Can Do With Kids in Puerto Rico 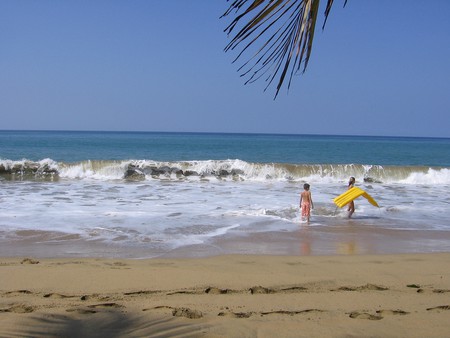 Children at a beach in Puerto Rico | © Bulaclac Paruparu/ Flickr

Traveling with children can be easy when there are plenty of activities and entertaining things to do. Read more for a list of fun and educational attractions in Puerto Rico that everyone in the family can enjoy.

The playground located along the Paseo de la Princesa in the historic Old San Juan area is one of several kid-friendly attractions in San Juan, the capital city. Puerto Rico is home to year-round warm weather, which makes playing outside an option on most days. Nearby are views of the San Juan Bay, the Jose V. Toledo Federal Building and U.S. Courthouse (an architectural landmark in Puerto Rico), and the San Juan Gate.

El Morro Castle is a stunning fortress located at the entrance of the San Juan Bay. Dating back centuries to when Puerto Rico was under Spanish rule, the castle was once used to protect the capital city of San Juan before being transformed into what it is now: a venue for visitors to explore. Flying a kite on El Morro’s lawn is a popular way to spend time for both locals and tourists, especially those with children. Families can also enjoy picnics on the lawn. 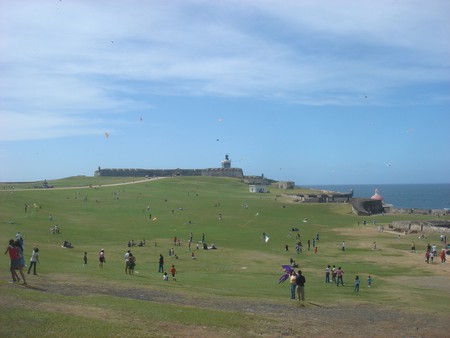 Aguadilla is a coastal town in northwestern Puerto Rico. Many beautiful beaches are in the area but visitors can also enjoy a day at Las Cascadas Water Park (cascades means “waterfalls”). Features of the water park include water slides, large pools, and spots to lounge around and relax.

There are two indigenous ceremonial centers in Puerto Rico that preserve the history of the Tainos. The Tainos helped shape current Puerto Rican culture; they were the indigenous community that explorer Christopher Columbus met centuries ago when he arrived on the island. The parks provide an educational, fun, way for children and their families to learn about an important aspect of Puerto Rican history. Tibes Indigenous Ceremonial Center is located in Ponce and Caguana Indigenous Ceremonial Park is in Utuado. 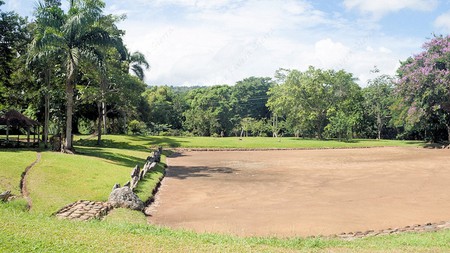 Puerto Rico is a picturesque destination and one of the best ways to get around to different parts of the island is by bicycle. There are four scenic cycling routes to explore in San Juan alone: in Old San Juan, El Morro Castle, Condado, and Luis Muñoz Marín Park. Other routes to travel on two wheels are Boquerón on the west coast and the Piñones trail, which is not far from the San Juan International Airport.

Visit one of the many beautiful beaches

Puerto Rico has approximately 270 miles of beaches, giving visitors a plethora of options. Balneario El Escambrón and Ocean Park are popular beaches in San Juan, while Flamenco of Culebra Island and Boquerón in Cabo Rojo are among the most well-known beaches outside of the San Juan metropolitan area. 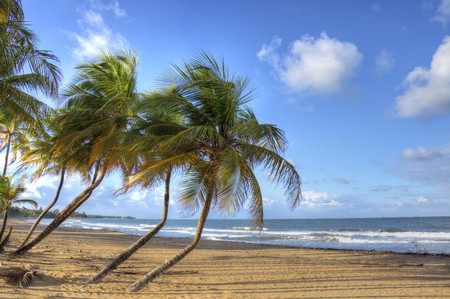 Plaza Las Americas, The Mall of San Juan, Plaza del Caribe, Mayagüez Mall, and Plaza Rio Hondo are among more than a dozen malls where families can spend a day. There are also outlet stores offering items at a discount; popular ones include The Outlets at Montehiedra, Puerto Rico Premium Outlets at Barceloneta, and The Outlet Mall at Route 66 in Canóvanas.