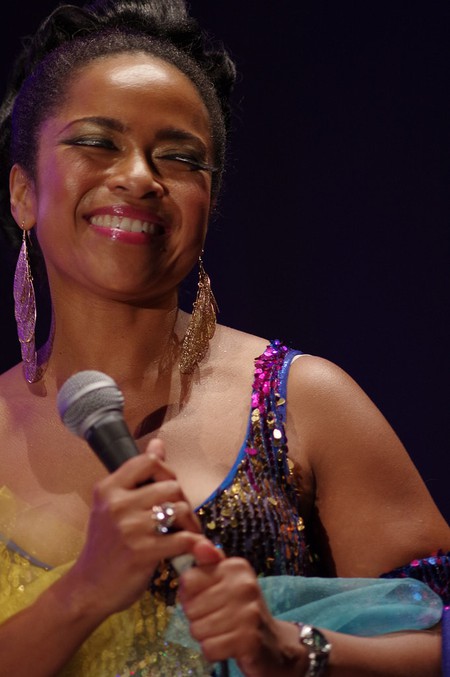 The glamour of salsa | © p.guayacan/flickr

Nothing is sexier than watching a Latin woman speak, except possibly watching her sing and dance. Here are some great female singers from Puerto Rico of whom you may not have heard. Add these songs to your playlist today.

Singer, songwriter, actress, producer and writer, Sanchez does it all. She first gained attention in 1993 while appearing on Qué Vacilón, a Puerto Rican variety show. Her first release was Borinqueña in 2003, and from that album “Amor, Amor” received a Latin Grammy nomination. Sanchez continues to make music, but also star on television (“Devious Maids”), movies (“Rush Hour 2”) and has composed a musical.

The Woman of Fire’s lively music will have you jumping out of your seat and ready to dance. She has been in the music industry since 1987, with the ’90s and 2000s being very big for her. Tañón has won two Grammy Awards, three Latin Grammys and 29 Premio Lo Nuestro (Spanish Language) awards.

The Princess of Salsa has worked with the greats like Tito Puentes and Celia Cruz. In 1985 she started with a Latin freestyle group she formed called TKA, but now sticks with the Latin roots of salsa and Latin pop. She has released almost two dozen albums and compilations as well as collaborating on many other recordings. In 2015 India won the Latin Grammy for Best Salsa Album for her release “Intensamente India Con Canciones De Juan Gabriel.”

Merengue singer and actress, Melina was born Yamillette Aponte Yunqué. As a girl León performed at musical festivals and contests, and at the age of 15 started her own group, Las Cheris (The Cherries). She released her first album in 1997 and her last album, Dos Caras was released in 2010.

Isabelle is a singer and dancer who released her first album, Por El Amor, in 2007. In 2011 she released her single “La Vida Es Bella, ft Chino & Nacho,” in which her family stars in the video. Isabelle has also starred in two movies.

Kany grew up in a musical family, attended the Escuela de Libre Música and studied at Puerto Rico’s Conservatorio de Música. Kany’s Latin pop is a smooth sound that calms and soothes. In addition to singing, she also plays the guitar and cello.

After her father passed away, her mother remarried and moved the family to Tennessee where Almodovar began performing in Memphis, rock, blues, gospel and jazz. “La Chica de San Juan” was the title track of her debut album in 2003, Rumba’s SalsaSoul Delight. Almodovar continues to record and release, her most recent album being done with Tito Puente, Jr, Mi Socio, which was released in 2017.