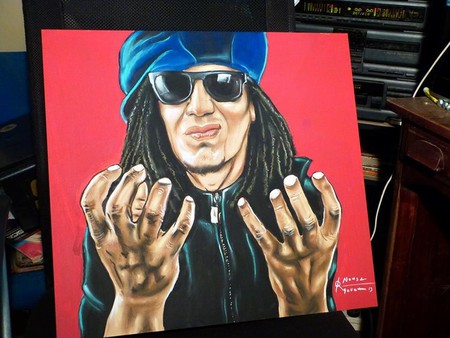 When you spend time anywhere in Puerto Rico, you will hear the driving bass of reggaeton. This genre originated in Puerto Rico in the late-90s and is a hot blend of reggae, Latin hip-hop, and Caribbean music, and is certainly followed more by a younger crowd, but it is hard for anyone to remain still while listening. Catch the passion and sex appeal of Puerto Rico with these up-and-coming reggaeton artists.

Ozuna (Juan Carlos Ozuna Rosado, b. March 13, 1992) is only in his mid-20s and yet he is already a huge star. Many of his lyrics provide a glimpse into his young life, having grown up poor in Puerto Rico and being raised by his grandmother from the age of three after his father was shot and killed.

On the other end of the economic spectrum, Cosculluela (José Fernando Cosculluela Suárez, b. October 15, 1980) grew up in a gated community in Humacao, and his videos reflect this wealthy upbringing. Don’t let his affluence discourage you from his music—his songs are sexy and inspiring.

Danny Fornaris (Daniel Fornaris Serallés, b. June 16, 1984) released his first album, Tripulante, in 2014, but before that he built his own studio, The Optix, and was a very successful producer, working with artists like Don Omar, Calle 13, and Tego Calderón.

J Quiles (Justin Rafael Quiles Rivera, b. 1990) was signed to Rich Music in 2013 and in 2017 they together signed a distribution deal with Warner Music. Quiles was born in Connecticut, grew up in Puerto Rico, returned to Connecticut to finish high school, but then moved back to the island to pursue his music career.

Daddy Yankee (Ramón Luis Ayala Rodríguez, b. 1977) is known as the “King of Reggaeton.” His original aspiration was to be a Major League Baseball star, but that dream vanished after he was hit by a stray round from an AK-47 while taking a break from the recording studio. Daddy Yankee has won many awards: Latin Grammy, Billboard Music, Latin American Music, MTV Music, Lo Nuestro, and ASCAP.

Wisin (Juan Luis Morera Luna, b. December 19, 1978) & Yandel (Llandel Veguilla Malavé, b. January 14, 1977) were at the forefront of the reggaeton movement in Puerto Rico and hold the proud distinction of being the only reggaeton artists to have won a Grammy, which they received in 2009 for Best Latin Urban Album for their release Wisin vs. Yandel: Los Extraterrestres.