Rincon Lighthouse | Todd Van Hoosear/ Flickr
In the Caribbean, Puerto Rico’s location has long been considered an important spot strategically. As an island that has been under both Spanish and U.S. rule, lighthouses were established throughout the archipelago as guides for major maritime routes. When visiting Puerto Rico, make sure to stop by the following six lighthouses, all listed in the National Register of Historic Places and found along beautiful coastlines.

Culebrita is a small island near Culebra, another island that is part of the Puerto Rico archipelago. The lighthouse at Culebrita was built in the 1880s when Puerto Rico was under Spanish rule, in order to provide additional security to its neighbor Culebra. Used until 1975 by the United States Navy, since then the Culebrita Lighthouse has not been in use. Nevertheless, a trip to this landmark makes for an adventure and a blast from the past.

Located in the southeastern town of Maunabo, the Punta Tuna Lighthouse overlooks part of the Punta Tuna Reserve, which is home to a wide variety of flora and fauna. Built in 1890, notable features of the lighthouse include a lightkeeper’s house and an octagonal tower. There is also a beautiful beach on site, and while the water isn’t suitable for swimming, visitors can enjoy views of sea turtles that nest there. 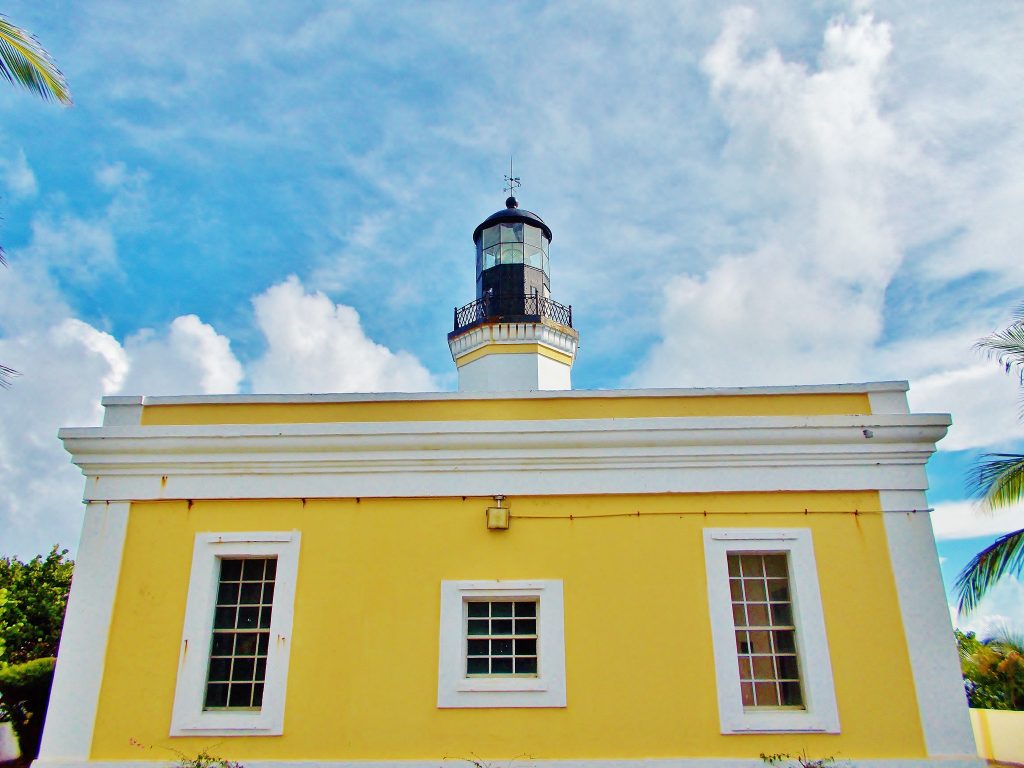 Maritime Museum, Architecture Museum
Rincon Lighthouse | Rincon Lighthouse
In the western town of Rincón, which is known as a prime surfing town, is the Punta Higuero Lighthouse. Built in 1982, this lighthouse is still in use, and from its location it guides ships in the Isla de Mona Passage, where the Isla de Mona is located. Close to the lighthouse, visitors can sometimes see whales, too.
More Info
Open In Google Maps
Puerto Rico 4413, Aguada, Rincón, 677, Puerto Rico
View menu
Visit website
Visit Facebook page
Send an Email
Give us feedback

In northwestern Puerto Rico, what’s left of the Punta Borinquen Lighthouse consists of ruins, which make for beautiful pictures. It was constructed when Puerto Rico was under Spanish rule, like most of the other must-visit lighthouses. Before falling into ruin as the result of an earthquake, the lighthouse had a tower and house for the lightkeeper. A beach and a golf club are nearby that visitors may enjoy.