6 Contemporary Artists From Puerto Rico You Need on Your Radar 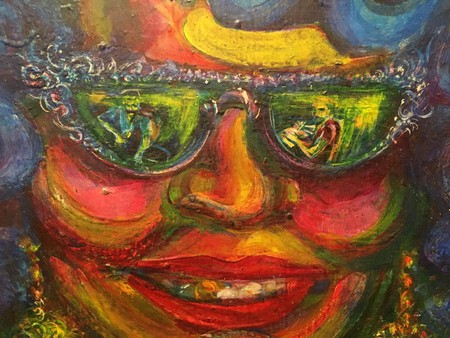 Puerto Rico’s art scene is diverse and thriving, and contemporary art is one of its most notable genres. Don’t let these six talented individuals, all of whose art is available at the Museum of Art of Puerto Rico fly under your radar.

Dávila-Rinaldi‘s art, shaped by the Pop Art and neo-Dadaism movements, explores the mass media and humor. The multi-hyphenate professional identifies as a sculptor, painter, graphic designer, and draftsman.

Nick Quijano is a multi-faceted artist whose artwork largely features his life and childhood in Puerto Rico. He studied at the University of Puerto Rico and taught at the Art Students League located in San Juan.

Olga Albizu‘s Abstract Expressionism makes her a major figure in the Puerto Rican art scene. A very well-educated painter, Albizu studied at the University of Puerto Rico, the Art Students League in New York, the Académie de la Grande Chaumière, and the Academy of Fine Arts in Florence.

Olga Albizu was known for her vivid color palette, as seen here in "Radiante" (1967). She is considered a pioneer of what art movement in Puerto Rico? On view in "Our America: The Latino Presence in American Art" from the Smithsonian American Art Museum through January 22. @americanartmuseum #mfastpete #OurAmerica #wednesdaychallenge #OlgaAlbizu #oilpainting

An alum of the University of Puerto Rico and the Complutense University in Madrid, Myritza Castillo creates artworks through photography, painting, videos, and large-scale installations. Castillo’s work has been exhibited internationally, reviewed in a handful of publications, and awarded several art prizes in Spain.

It’s almost impossible to keep track of all the professions that Papo Colo has worked in: actor, writer, curator, photographer, painter, and graphic designer. Based out of San Juan and New York, his work has won multiple prizes. Topics that his pieces cover include travel and popular culture.

"America America" by Puerto Rican artist #PapoColo is one of the highlights of an eponymous exhibition that explores the history of #HumanRights in the United States through stirring and provocative works of art. This timely presentation is #NowOnView @bampfa through Sunday, April 16. #AmericaAmerica #ArtForHumanRights #ArtHistory #berkeleyart