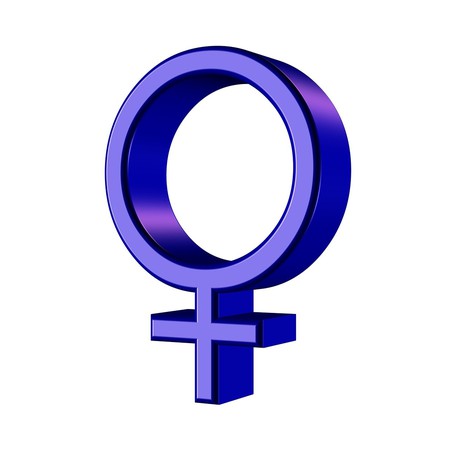 On March 8, 2018, the world will again celebrate International Women’s Day, also known as the United Nations Day for Women’s Rights and International Peace. This day celebrates the extraordinary successes of women and highlights the many advances that have been made for and by women around the world. No voice is stronger in these days than that of the Latina woman, and here are five Latina voices that ring with confidence and deserve to be listened to.

Carmen Yulín Cruz has been in politics since her return to Puerto Rico in 1992, when she served as the advisor to then-San Juan Mayor Sila María Calderón. In the 2008 elections she ran for and won a seat in the Puerto Rico House of Representatives and became a member of the Women’s Affairs Committee. She remained a member of the PR House of Representatives until 2013, after her successful campaign for Mayor of San Juan, an office to which she was elected on November 6, 2012.

Cruz is well known in Puerto Rico for her role as mayor and her work to revitalize the Rio Piedras area of San Juan, but her passion for Puerto Rico was fully revealed in the wake of Hurricane Maria, when she was one of the few people who stood up to the administration of the United States and tell them that they were handling the relief aid to Puerto Rico in a horrendously inept manner. While the governor of Puerto Rico and other politicians nodded and smiled, Cruz made it clear that this was a humanitarian crisis and a life-and-death situation. After a hearing in Washington DC was suddenly cancelled just as Cruz and her staff landed at the airport, she held a press conference at which she said, “Mr Trump, do your job. Lives are at stake. This is not about politics. This is not about your ego. This is about the people of Puerto Rico and the people of the USVI [United States Virgin Islands].”

Cruz continues to fight for the people of Puerto Rico who struggle to recover from the natural disaster of Hurricane Maria, and also to prevent further colonization of the island.

On April 30, 2018, Dolores Huerta turns 88, but she still continues her long fight for labor rights for agriculture workers and for the continued development of powerful Latina and Latino leaders. In 1960, Huerta helped to organize the Agricultural Workers Association, and in 1962 she co-founded the National Farm Workers’ Association, along with César Chávez. Both organizations helped to educate workers and aid them in the effort to vote and work for their own rights. The National Farm Workers’ Association later became the United Agriculture Workers’ Organizing Committee.

It should be no surprise that Huerta’s work has been harrowing, and at times violent. She has been arrested many times for her participation in non-violent protests. She was with Robert F. Kennedy as they walked through the pantry of the Ambassador Hotel just minutes before he was shot and later died from his injuries. As recently as 1988, when Huerta was 58, she was severely beaten by San Francisco police officers and required emergency surgery. As a result, the SFPD was forced to pay her a settlement, which she donated to the labor cause, but more importantly, the department had to review and revise their Use of Force policies.

On May 29, 2012, Dolores Huerta received the Presidential Medal of Freedom from President Barack Obama. During his speech, he joked that he stole one of his slogans from her: “Si, se pueda,” meaning, “Yes, we can.”

Huerta is also very active in the fight for the rights of women. Through her organization, the Dolores Huerta Foundation, she continues her fight for many causes, by “creating networks of healthy, organized communities pursuing social justice through systemic and structural transformation.”

In May of 2009, President Barack Obama nominated Sonia Sotomayor to the Supreme Court, and she was later confirmed in August of 2009 and became the first Hispanic and Latina member. This is an incredible accomplishment for anyone, but Sotomayor had to overcome more than most to get where she is today.

Born to Puerto Rican parents who lived in the Bronx, Sotomayor identifies as a “Nuyorican,” loving all things New York but acknowledging the passion of her Latin roots. Her father died when she was only nine, and her mother was emotionally distant; as a result, Sotomayor bonded more with her grandmother, but says that her mother was her inspiration to get a good education and work hard to succeed.

She has had a dynamic law career as an assistant district attorney to New York County, then moved on to private practice. She became a judge in 1992, and in 1997 was appointed to the US Court of Appeals. She was met with some party line questioning from Republican members, but responded to each with professionalism and confidence. She was confirmed on October 2, 1998, by an overwhelming vote of 67 to 29.

Sonia Sotomayor continues to work diligently for the rights of defendants and to ensure that the rights of all people, regardless of race, religion, color, national origin, or familial status, are respected.

Dr Ellen Ochoa is a retired astronaut who became the first Hispanic woman to go into space when she served on a nine-day mission aboard Space Shuttle Discovery in 1993. She has been in space a total of four times, logging nearly 1,000 hours in orbit.

Ochoa grew up in La Mesa, California, where she graduated from high school in 1975. She earned her B.S. in Physics from San Diego State University and then attended Stanford University, where she received her Masters Degree in electrical engineering in 1981 and her doctorate, also from Stanford, in 1985.

Ochoa joined NASA in 1990 and became an astronaut in 1991. She retired from NASA in 2007 and joined the Johnson Space Center as Assistant Director, and on January 1, 2013, Ellen Ochoa became the second female and the first Hispanic director of the center.

Dr Ochoa has received NASA’s highest honor, the Distinguished Service Medal, as well as the Presidential Distinguished Rank Award. She continues to inspire women of all backgrounds to meet challenges head-on and work hard to achieve what they believe in.

On August 15, 2016, nearly every person in Puerto Rico was glued to a television set as they watched this young tennis star in the final match of the women’s singles at the Rio Olympics. On the line for Puerto Rico was the first gold medal for their country. It came down to the very end, but Ms. Puig dug deep and brought the gold home.

Puig turned pro when she was only 17. She not only inspires young women, and men, to pursue tennis and learn a sport, but she was also very active in aid efforts after Hurricanes Irma and Maria.