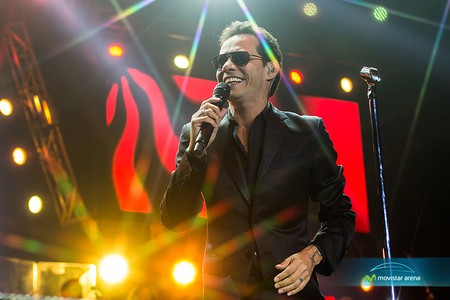 Puerto Rican culture has a rich musical history across diverse genres like salsa, bomba and plena, reggaeton, pop, and ballads. Musical legends just in the salsa world include singers Héctor Lavoe, Cheo Feliciano, and orchestras El Gran Combo de Puerto Rico and La Sonora Ponceña. As a result, a comprehensive education on Puerto Rican music would be a long study, but knowing contemporary artists is a good place to start. Don’t miss out on the current crop of Puerto Rican musicians that’ll make you want to dance, sing along, and turn up the volume.

Many music fans may know Ileana Cabra as PG-13, the singer accompanying her brothers and Grammy-winning duo, Residente and Visitante, from Calle 13. She released her debut album Ilevitable last year, for which she was awarded the 2017 Grammy for Best Latin Rock, Urban or Alternative Album. It includes contributions by more than 70 musicians, composers, and arrangers, including several family members. While this is her first solo endeavor, Cabra has been making music for most of her life and listeners can expect more good work following her debut.

Success has not come easy for singer and rapper Nicky Jam. The reggaeton artist overcame issues with his past mentor and fellow Puerto Rican musical star Daddy Yankee, drug and alcohol abuse, and depression to reappear on the music scene more than 10 years after his initial success. With a fresh start after a move to Medellín, Colombia, Jam is now making some of his best music and it’s taking him all over the world. Recent collaborators include Colombian reggaeton stars J Balvin, Maluma, and Spaniard Enrique Iglesias.

Daddy Yankee hit it big in 2004 with his hit album Barrio Fino, which spawned what is now considered by many to be a classic reggaeton song, “Gasolina”. Since helping reggaeton enter the mainstream and internationalize in the mid 2000s, Yankee has been all over the Latin music charts, released a movie, and founded a label called El Cartel Records. Over the course of his career his music has explored different genres, although he continues to collaborate with other reggaeton heavyweights and peers.

A salsa group helmed by Francisco “Pirulo” Rosada Rosario, who plays the timbales, Pirulo y La Tribu has succeeded with their own brand of salsa. Before forming the group in 2012, Pirulo worked as a percussionist for many Puerto Rican musicians like Tego Calderon and Vico C. Their debut 2013 album was a popular release and, if it’s any indication of future work, they will continue to make unique salsa with Pirulo in the lead.

Salsa singer Marc Anthony has been making hit songs for approximately three decades now and shows little sign of slowing down. His first Spanish-language album came out in 1993, and after its success, more albums, including one in English followed. In addition, Anthony has acted in several films, won numerous awards, and holds a Billboard record in the Latin Songs category for the “longest-running #1 salsa single of all time” at 18 weeks on top of the chart.