15 Things Only Puerto Ricans Will Understand 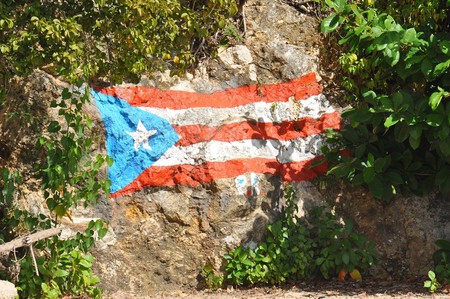 There is never a dull moment on the beautiful island of Puerto Rico, unless you actually really want an experienca tranquila (calm experience), and days are filled with happiness and laughter. We’ve rounded up some of the quirky traits and traditions of the Isla del Encanto that make Puerto Rico a wonderful place to visit.

While you may have heard of the coquí before, you won’t understand the magnitude of its call until you’ve been serenaded by the tiny frog as you try to fall sleep in Puerto Rico. The male coquí’s mating call of “ko-kee,” from which it gets its common name, has been measured at 90 to 100 decibels, making it the loudest existing amphibian. Once found only in Puerto Rico, the coquí is a symbol of the island and many locals will state the saying “Soy de aquí como el coquí,” or “I’m from here, like the coquí.” 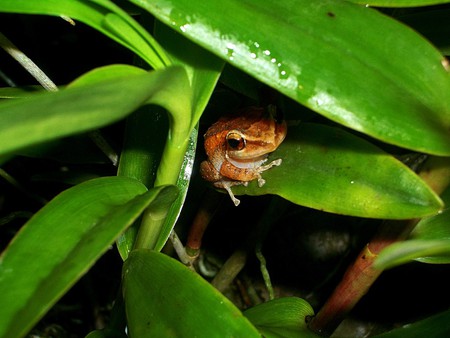 Found in every Puerto Rican home, a pilón is a cooking tool similar to a mortar and pestle, but made of wood and used to prepare dishes like mofongo. 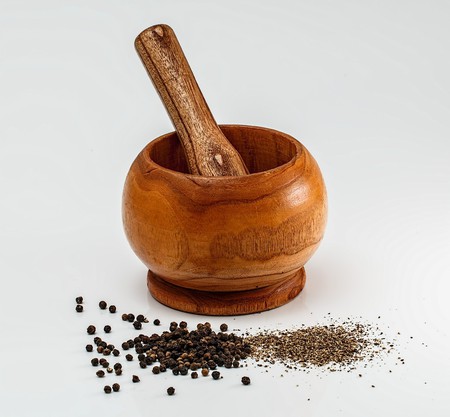 Mofongo is a traditional Puerto Rican dish made from green plantains, lots of garlic, and chicharrones (pork rinds). Typically served as small formed balls with a sauce of mixed mayonnaise and ketchup, the mofongo is formed around the sides of a pilón in the shape of a bowl then filled with a meat mixture of steak, shrimp, chicken, or pork. Mofongo relleno (stuffed mofongo) may be served right out of the pilón or in another bowl, and sometimes it’s inverted onto a plate with the tasty relleno on the inside. 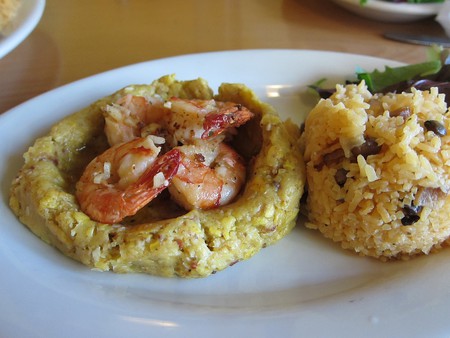 A parent may threaten a misbehaving child with El Cuco, a terrifying monster hiding under the child’s bed at night that will eat him if he does not go to sleep.

Similar to tamales, pasteles are made with a masa—a mash of green plantains, green bananas, taro root, pumpkin, and potato. They’re usually then filled with a savory meat blend, wrapped in a banana leaf and parchment paper, and boiled. Pasteles are very popular during the holidays. 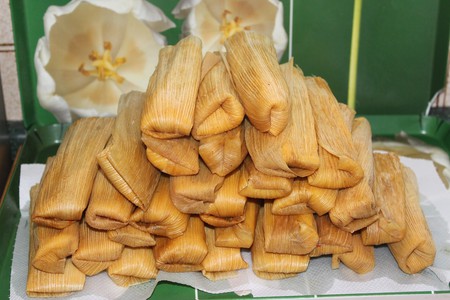 First “spotted” in 1995, El Chupacabra is Puerto Rico’s version of Bigfoot. Closely resembling a Sleestak from the 1970s Saturday morning cartoon Land of the Lost, El Chupacabra is said to roam the island drinking the blood of livestock, primarily goats, which gives it the name Chupa- (to suck) cabra (goat). 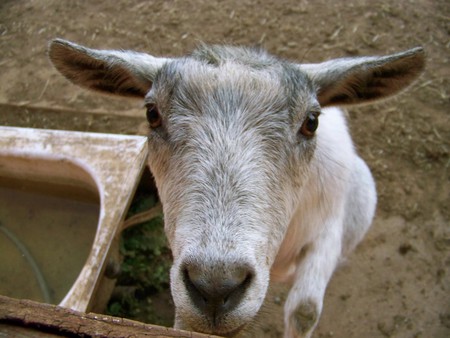 Beware of the goat | © Brendan DeBrincat/Flickr

Also known as Puerto Rican eggnog, coquito is a blend of evaporated milk, sweetened condensed milk, coconut milk, cream of coconut, and vanilla spiked with rum. It is typically served as a chilled holiday drink or over ice with a cinnamon stick. 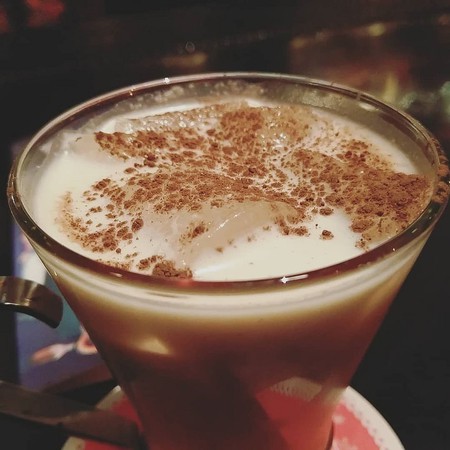 Driving in Puerto Rico can be quite a sport. Between watching for potholes that can swallow a small car and having to be cautious of other drivers, you will almost feel like you’ve earned a prize by arriving at your destination. Traffic laws on the island seem to be merely a suggestion so you’ll need to learn to stick the nose of your car out when driving in traffic and how to do the “Puerto Rican Slide” while change lanes. Though driving on the island can get chaotic, people are actually quite friendly and courteous on the road. 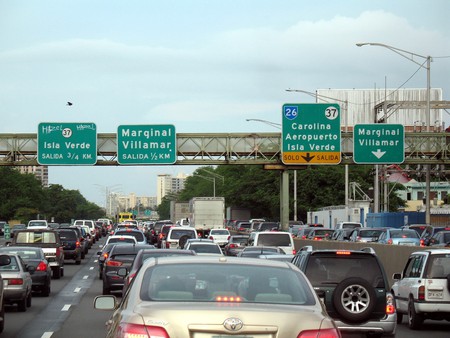 9. Landing at the San Juan airport

When a plane lands at an airport in Puerto Rico, passengers will clap as a way of saying “thank you” to the pilots and crew for getting them safely to their island. 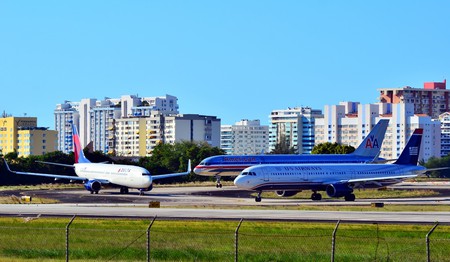 Developed in 1894 by Lunsford Richardson, this mentholated ointment is used by Puerto Rican mothers and grandmothers to cure every disease, illness, or ailment.

The Taíno people were one of the largest indigenous populations in the Caribbean before European diseases brought by the Spanish wiped them out in the 1530s. However, before their decimation, they developed many things still used today, like the barbecue concept and the hammock. 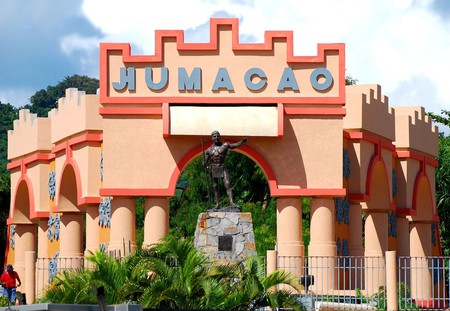 During the Christmas season in Puerto Rico, groups of friends surprise each other at their homes with singing and musical instruments, much like the tradition of caroling. These surprise visits often evolve into a night of food and festivities.

Pastries are their own essential food group in Puerto Rico and so, the island has panaderías (bakeries) on every corner. Many Puerto Ricans make a daily trip to their local bakery for fresh bread and to enjoy a nice cup of coffee with some great conversation. 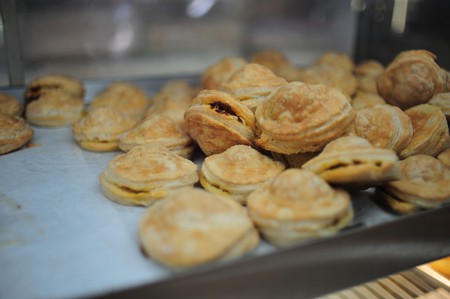 Pilones are the popular lollipops produced in Puerto Rico that can be ordered in a variety of colors for celebrations like birthdays or weddings. Homemade pilones can also be found at small street stands in many different flavors.

People everywhere love to wear chancletas (flip flops), but in Puerto Rico, if you’re misbehaving and your mom reaches for her chancleta, you better run because you’re about to get a bop on the butt. 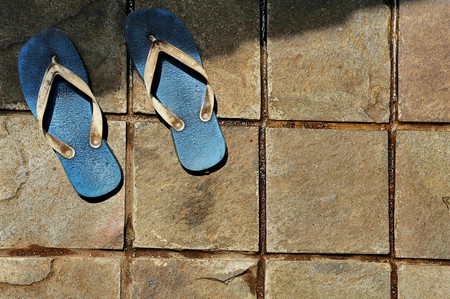