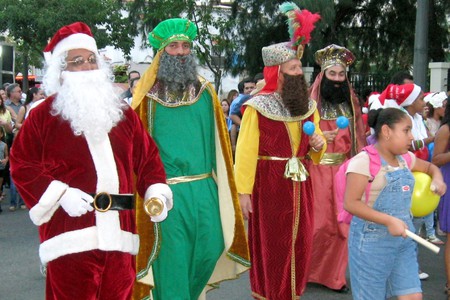 The holidays are special wherever you go, but in Puerto Rico they love this time of year so much that they start celebrating on Thanksgiving and keep the party going through Three Kings Day on January 6th. As with festivities around the world, food is the centerpiece of Christmas in Puerto Rico. But beware, these savory Puerto Rican dishes will have your stomach growling and your taste buds singing Christmas carols.

Whether you are visiting Le Ruta de Lechon (The Pork Highway) or find a restaurant doing their own pig roast, Lechon can be enjoyed year-round – but Christmas is not Christmas without lechon. The dish’s name is derived from leche, or milk, because suckling pigs were once used. But as popularity and appetites grew, so did the size of the pigs. Once called Lechon en la Varita because of the “wand” or spit used, most lechoneras now use metal spits over open fires or are prepared in metal roasters. Slow roasting results in an extremely tender and juicy delight, often served with arroz con gandules, mamposteao, or yuca salad.

Often served with lechon is morcilla (blood sausage). Like lechon it is available year-round, but is prominent at holiday parties. Morcilla is made with ground pork and pork blood, to which is added rice and spices like cilantro, garlic, and salt. Chili peppers are added to amp up the heat. 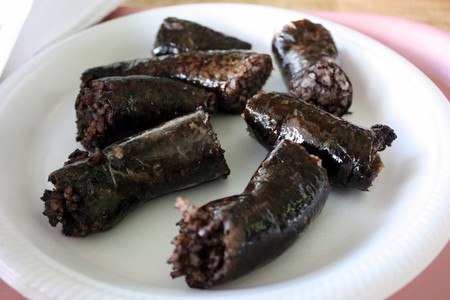 Another Christmas favorite found on the sausage plate is longaniza. While the pork in morcilla is ground, the meat in longaniza is minced into chunks. Annatto made from the seeds of the achiote tree gives this sausage its brick red color and also adds a nutmeg flavor. Garlic, oregano, salt and pepper are often added. Longaniza is served fried or grilled, and is also added to rice and served as a side dish, arroz con longaniza. 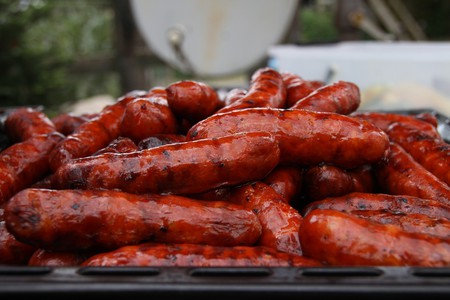 If you like pork, Puerto Rico for Christmas is the trip for you. Another favorite Christmas dish is pernil, (pork leg or pork shoulder), that is rubbed in a paste of olive oil, garlic, oregano, salt and vinegar, marinated for anywhere from 3 hours to 2 days or more, and then is slow-roasted. To ensure that nothing goes to waste, the skin of the pernil is removed and fried and served as chips known as cuero. 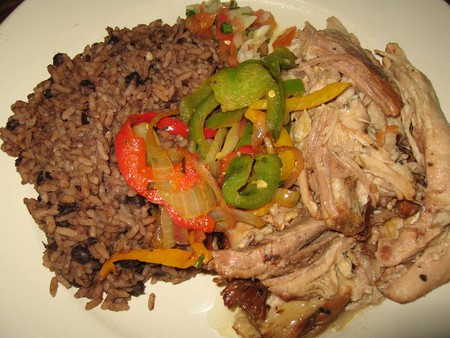 Pernil with rice and beans | © Kim/flickr

Puerto Ricans also use the stomach of the pig for a savory dish called cuajito. The pork stomach is soaked in water and vinegar, rinsed, and then boiled in salt water until tender. A tomato sauce is made to which the finished cuajito is added. Do not be afraid to try this dish, as it is a warm comforting food that you will want for Christmases to come.

The holidays are all about getting together with friends and family, and a day of pastele-making does just that. The key to pasteles is the masa, the “dough” that is used. The masa is made with green plantains, green bananas, yautia (taro root), pumpkin and potato. Small chunks are combined with broth or water in a food processor and ground to a mash or paste. Some families have created their own small appliance for grinding the masa! Pasteles have a savory filling, most often pork or chicken, but the varieties are as limitless as your culinary creativity. You can also add tasty treats like raisins or chickpeas.

Once the masa and filling are ready, that’s when the heavy work comes in: assembling and wrapping the pasteles. You start by placing a piece of parchment paper on your prep surface. Spread a small amount of achiote oil in the center of the paper, then place a banana leaf on top of the parchment paper. Spread another small amount of achiote oil and then spread a rectangle of the masa. On top of the masa, place a couple tablespoons of your filling. Now it is time to wrap your pasteles, which is a series of folds and tucks and then two pasteles are tied together with string with their seams toward each other. They must be wrapped tightly so that no water gets in while they are boiled. This is quite the process, so friends and family make a day of it. 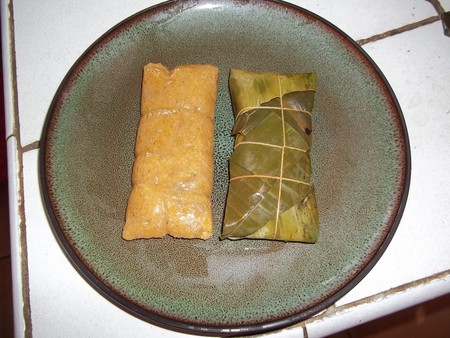 Before pasteles, there were guanime, dating back as far as the Taíno. The masa is made with corn or wheat flour instead of the variety of green fruit and root vegetables. They can be made with just the masa, and can be sweet or savory. Guanime are also wrapped in banana leaves and boiled. 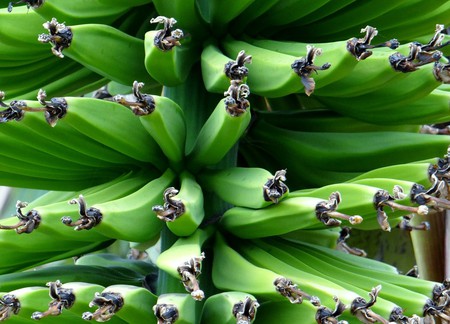 Green bananas are used in a salad | © Corinna Schenk/pixabay

While macaroni salad or potato salad may not seem that special, it is just not Christmas in Puerto Rico without it. The macaroni salad is a meal in itself with chopped ham and hardboiled egg and chunks of cheese added. Potato salad recipes are endless, and can have surprises like chopped red apple and shelled green peas. 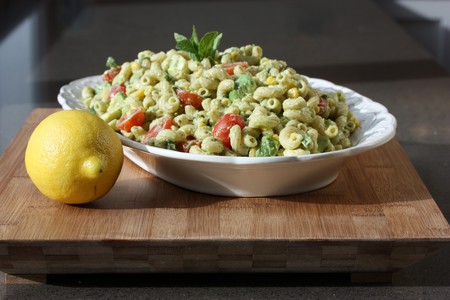 Christmas is not complete without sweets, and arroz con dulce fits the bill. This sweet rice pudding is made with coconut milk and spices that seem to speak of the holidays: cinnamon, nutmeg, ginger and cloves. Raisins are often added and sprinkled on top along with more ground cinnamon or cinnamon sticks for added flavor and decoration. 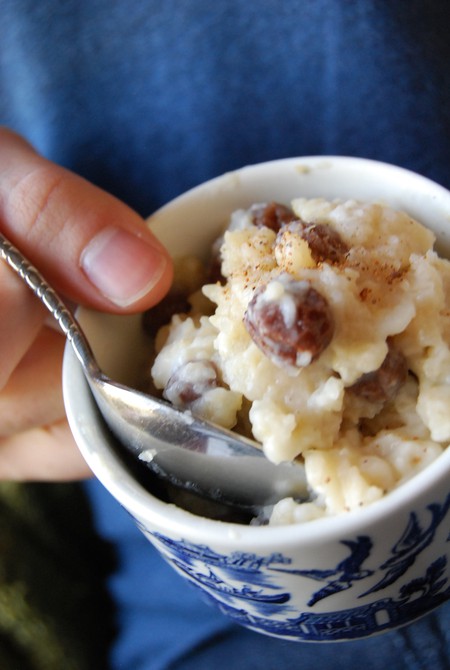 Tembleque is a coconut dessert pudding that has a creamy texture similar to flan. It is often made in a decorative mold and then served on a festive platter and, as with arroz con dulce, is sprinkled with cinnamon. This mouthwatering delight can also be made in cups for easy single servings. Try tembleque and you will have a new Christmas favorite. 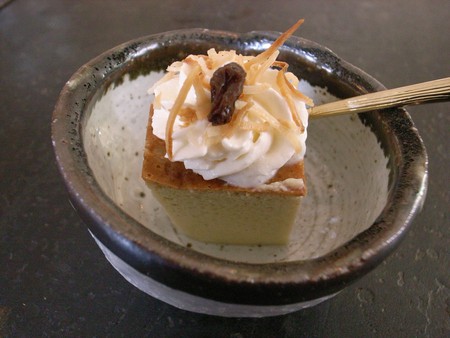 A slice of tembleque | © ma_shimaro/flickr
Give us feedback