10 Puerto Rican Fish and Seafood Dishes You Must Try 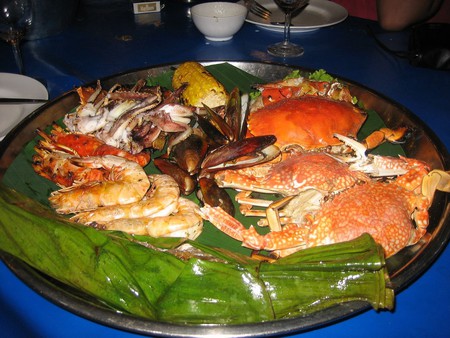 A bounty of seafood | © Greg Walters/flickr

Though the industry is dwindling somewhat, there are still a number of fishing villages and family-run businesses, so fresh fish and seafood is abundant in Puerto Rico. Here is a list of some of the specialties of the sea that Puerto Rico has to offer.

The ceti run in July through December in the Arecibo area. Ceti are tiny transparent fish that are not even an inch long so, of course, are eaten whole. Try a ceti empanadilla or mofongo relleno con ceti.

The octopus is often marinated in a garlicky brine or a combination that includes Old Bay Seasoning, and then grilled so that it is crispy on the outside and so very tender on the inside. Octopus does not have a fishy flavor at all; it is light and almost has the smokey flavor of bacon when grilled. 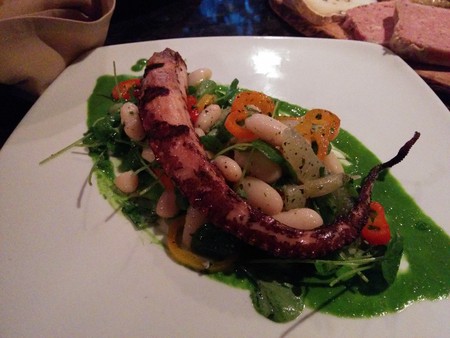 Carrucho is on every menu in many forms, such as fritters or in empanadillas, and as salad. The dish is made with bite size pieces of conch and fresh vegetables like hot peppers, onions and roasted red peppers, and olives and capers add another level of flavor. Often tomato is added just before serving. The dressing is a light citrusy vinaigrette made with lime juice, olive oil and garlic, and seasoned to taste. 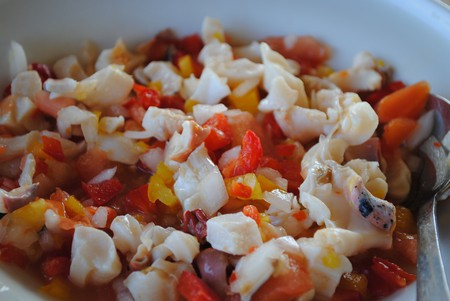 Avocadoes can be used in so many ways, and one of the best is stuffed with shrimp in a creamy garlic sauce. The warm fragrant shrimp with the cool avocado is divine. Pair it with a chilled glass of albariño for an exquisite culinary experience. 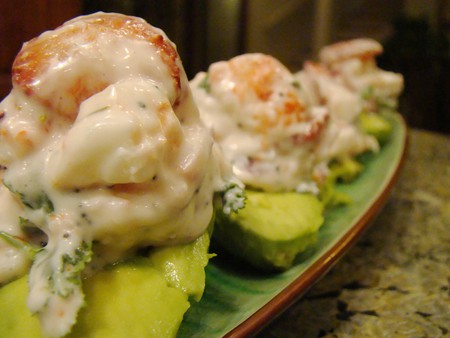 Coconut crusted shrimp may not be uniquely Puerto Rican, but the freshness of the locally-caught shrimp, the fresh grated coconut and the fruit used in the sauce makes a major difference in the dish served here. Fresh guava used for a sweet sauce makes these crunchy shrimp out of this world. Try this as an appetizer or as a meal – you will not regret it.

The recipes for ceviche are as endless as the waves on the shores of Puerto Rico. Fish or seafood is “cooked” in lime or lemon juice, or a combination of the two, along with fresh cilantro. Ceviche can be made with red snapper, mahi mahi, grouper or any whitefish that has a firm flesh. It can also be made with seafood like shrimp, but that made with fish is the lightest and freshest. Red onion, tomato, hot or mild peppers and cucumber are just a few of the things that are added. Often served with tostones or yuca chips, this is a great way to start any Puerto Rican dining experience. 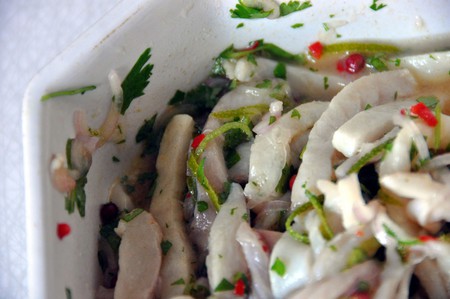 Mofongo is probably one of the most well-known and popular Puerto Rican dishes. Green plantains are fried and then mashed with chicharrones (pork rinds) and a lot of garlic and oil is added to give it a nice moist consistency that is easy to mold and will hold its shape. Try this seafood variety stuffed with camarones (shrimp) in a criollo sauce. 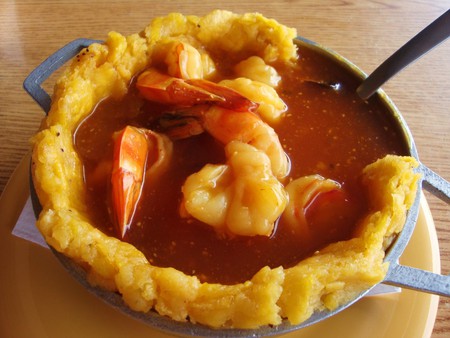 Red snapper is caught locally and served fresh at many restaurants. Snapper is almost always served whole, and usually fried with a light batter. The meat has a light flavor, so it blends well with different seasonings or sauces. Snapper also has relatively big bones for a fish, so it is easier to eat. 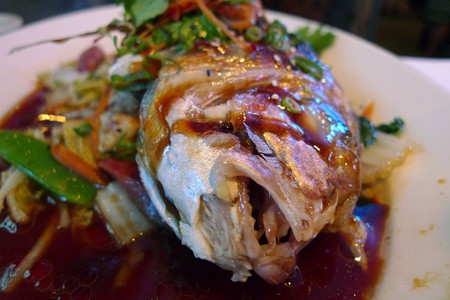 This dish is a savory stew made with salt cod and a spicy tomato sauce. The best bacalao guisado is made with homemade sofrito, a commonly used blend of cilantro, peppers, onion and garlic, along with other spices. 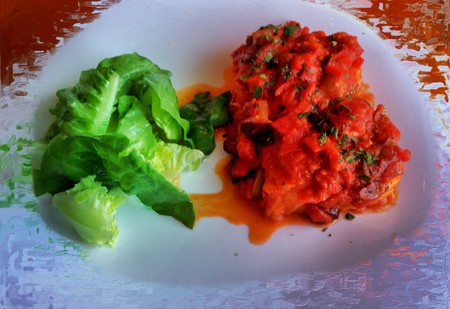 Rice dishes are a staple in Puerto Rico, so try something a little bit different and get your seafood fix with the arroz con jueyes, rice with crab. 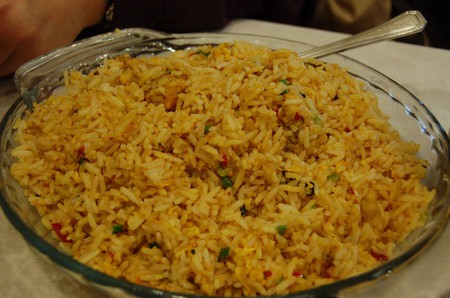 Rice with crab | © snowpea&bokchoi/flickr
Give us feedback