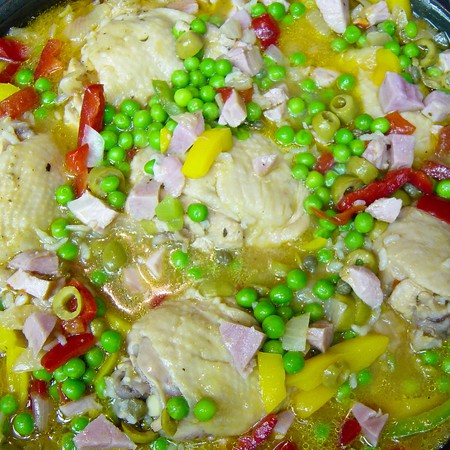 Prolific chefs and exemplary food can be found in many places in Puerto Rico, but these outstanding chefs are renowned for more reasons than one. Here are our pick of the top 10 Puerto Rican chefs, whose culinary repertoires and big personalities are remarkable and popular all over the world. 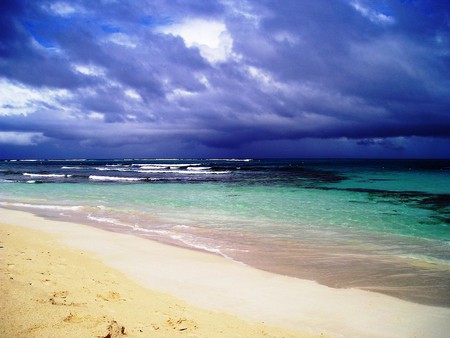 A graduate of the Culinary Institute of America, New York, and a chef that has worked in numerous American states before establishing a restaurant in Puerto Rico, Jose Enrique is a talented culinary expert. His first restaurant, Jose Enrique, opened in 2007 and uses fresh, organic produce that is native to Puerto Rico. His subsequent venture, called Capital, opened in 2011 and uses Creole ingredients in its delicious dishes. The chef’s first award-winning restaurant has achieved such accolades as appearing in CondeNast Traveller magazine’s list of 105 best new restaurants. His awards do not stop there; Jose Enrique was a semi finalist for the James Beard Foundation’s ‘Best Chef South’ award in 2013.

Remarkable chef Wilo Benet owns Pikayo, a restaurant that has been running for 23 years with exceptional service, in addition to the Condado Plaza Hilton in San Juan. With his fingers in numerous pies, the skilled chef produces wines such as his Dobleú and has written cookbooks such as Puerto Rico True Flavors. Not only is Benet skilled in the culinary sense, he has a TV presence that is wide-reaching and has appeared in shows such as Sabores de Ensueño con Wilo Benet, Bizarre Foods with Andrew Zimmern and Top Chef. His dishes have mass appeal and he defines his repertoire of cuisines as contemporary and global, drawing from multiple sources for inspiration to produce truly delectable flavors.

Chef Ayala always had a passion for the culinary arts, even as a student of Industrial Engineering at the University of Puerto Rico. Having trained in numerous restaurants, the chef opened his own restaurant, Ali-Oli, in 1981. This award-winning establishment gained the Golden Fork’s Best Restaurant Award in Puerto Rico. Ayala has experimented with different cuisines and subsequently has opened a contemporary Caribbean restaurant called Chayote. With TV appearances on Great Chefs of the Caribbean, and Great Chefs of the World, this chef is exceptionally multi-talented and serves up delectable dishes in his many restaurants.

Always striving to produce remarkable food, and to challenge himself with varying dishes, Roberto Treviño is a culinary professional. Having cooked at the James Beard House, New York, taken part in various TV shows including $40 a Day, and appeared as a guest in various food festivals, the chef is always trying new things. With the desire to develop new flavors, as well as many innovative restaurants, the chef has opened Budatai – a dining establishment with exceptional oriental-inspired dishes that satisfy its many diners. It is a restaurant ‘that brings to you a true feast for all senses’, and he is a chef that tirelessly works to produce exceptional culinary delights.

With many restaurants in San Juan, Mario Pagán is a prolific chef whose love of cooking began in his childhood. During his architectural studies, he decided to follow his culinary dreams and attended Johnson & Wales University to do so. Having worked in various restaurants with the likes of Alfredo Ayala, the chef honed his skills working in some of the finest kitchens. He has written several books, including Codinas del Mundo Caribe, and specializes in Puerto Rican cuisine in his many restaurants. He is considered one of the Puerto Rican greats of the culinary world.

Founder and CEO of JSB Cooking Group – one of the finest catering groups in San Juan – José Santaella is a skilled chef and is renowned for his trend-setting career. He trained in various places in the world, including Barcelona, New York and San Francisco, alongside such chefs as Ferrán Adriá. The chef is also the author of Puerto Rico: Grand Cuisine of the Caribbean. Since his childhood, José Santaella has been passionate about cooking and his culinary skills combined with his big personality have made him a renowned chef for more reasons than one. His fine-dining events are also remarkable and gain significant attention in Puerto Rico.

In his teens, Pacheco’s love of cooking and kitchens made him popular in his region. The chef studied journalism and whilst at the University of Puerto Rico, on an exchange program, he had the chance to learn what it would be like to work in an industrial kitchen. In Florida, at Johnson & Wales University, Pacheco deepened his knowledge of the culinary arts and worked in various kitchens. Alongside his brother, the chef opened Xafra Latina and has since appeared in such TV shows as Operacion Chef. He lanched La Jaquita Baya restaurant in 2011, and the chef uses fresh local ingredients in his dishes.

Born in 1985, Sebastián Ramírez was fascinated by the culinary arts from a young age, inspired by his grandfather’s cooking. He worked with Stephan Iten during the summers, leading workshops in chocolate confectionery. After studying administration at the University of Bolton, the chef returned to Puerto Rico where he started to work with chef Ariel Rodríguez. His new project is Parcela Gastropub, which specializes in beers, cocktails and interesting, creative menus that constantly change and experiment with various ingredients.

Learning his craft through apprenticeships, Álvarez’s culinary knowledge expanded when he moved to Italy in 2003 and toured restaurants, kitchens and cuisines there for three years. He returned to Puerto Rico, worked at Jose Enrique and subsequently started up AlCor Foods Inc. alongside his brothers. His knowledge of food is extensive, and he is a prolific Puerto Rican chef with a repertoire of skills.

After studying the best areas of French cuisine and achieving the highest culinary repertoire of skills, Ariel Rodíguez became a remarkable chef and worked in prestigious places such as the Ritz Hotel. His love of cooking began when he was a young boy and watched his grandmother cook. He is a passionate chef who puts his all into each plate. Today, he focuses on continually improving and perfecting the execution and production of his dishes. A pioneer in gastronomy in Latin America, the chef has founded one of the best cooking schools in the country that provides opportunities for aspiring chefs.