10 Places with the Most Epic Views in Puerto Rico 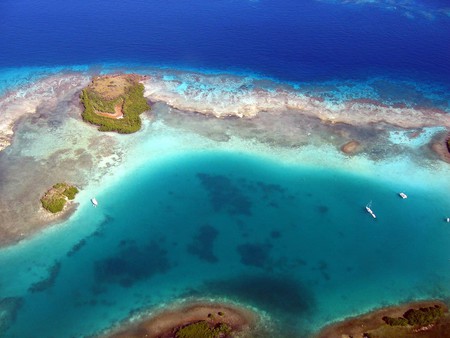 From heavenly coastline, to sandy, arid dry forest and mystical lush mountains, Puerto Rico has it all and has the vantage points from which to see it. Here are just a few of the places at which you can take in the sights and sounds of the island.

The Arecibo radio telescope was built in the 1960s and was managed by Cornell University. Until 2016 it was the largest single-aperture radio telescope in the world, but is now second to FAST in China. Many people know the Observatory from movies like GoldenEye and Contact. From the observation deck you can see not only the telescope itself, but also the landscape for miles around. 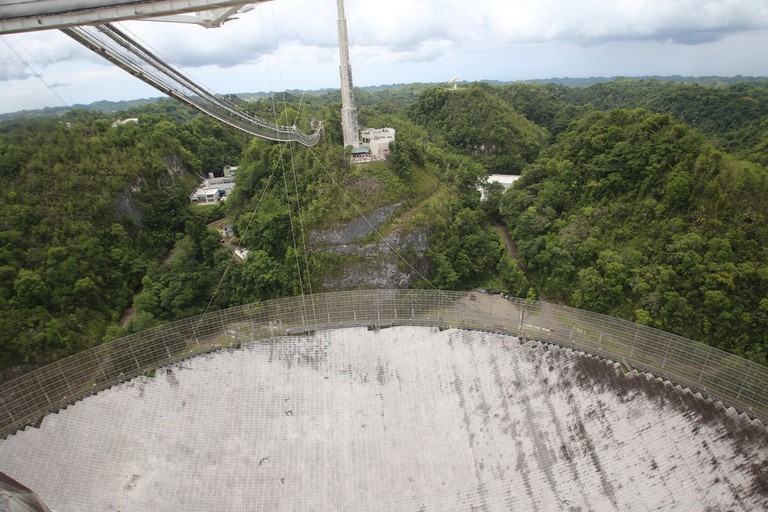 Located at the tip of Puerto Rico’s southwest coast, the lighthouse’s observation deck provides great views, and inside there are interesting photos and park rangers who can give you more information, but the jaw-dropping view is from the cliffs outside the lighthouse. Obviously you must take care to not walk too close to the edge, but if you take the short walk to the cliffs you can turn your back on the world and pretend that there is nothing but you and the sea. Better yet, hike down the trails to La Playuela, walk along the beach, and then hike up the cliffs on the opposite side of the bay from the lighthouse for even more astonishing views. You can also drive down to La Playuela if you don’t want to walk down the cliff trails, and then spend the day at one of the most beautiful beaches in Puerto Rico. 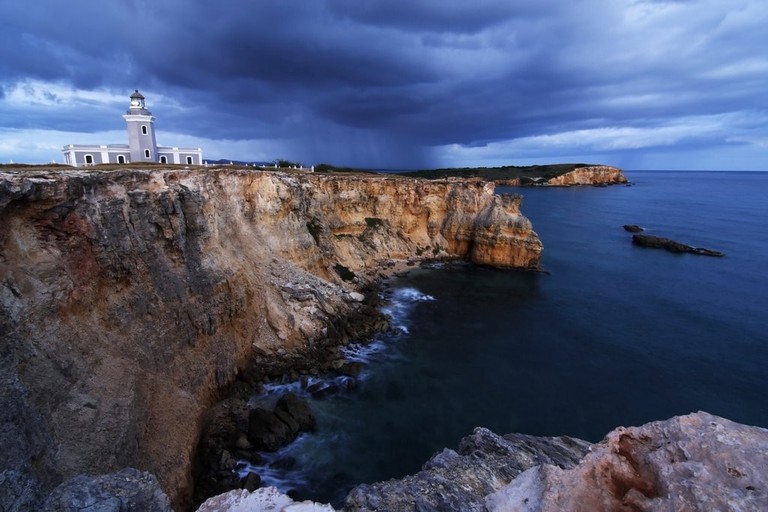 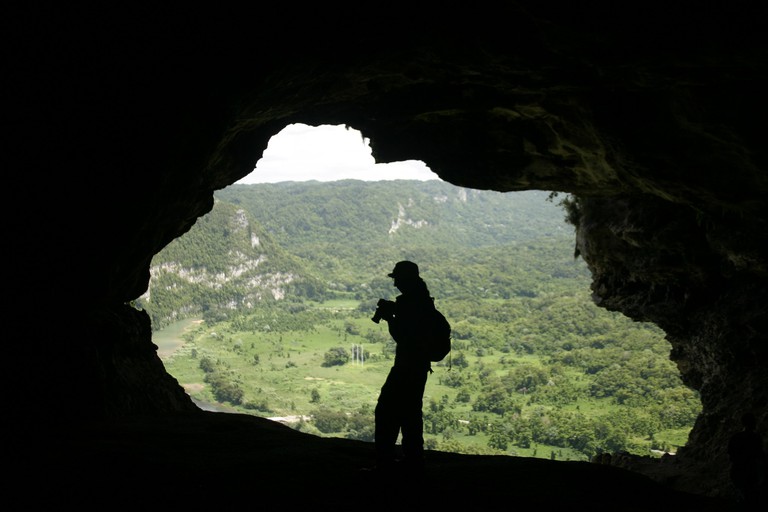 Many silhouette photos take at Cueva Ventana | © J. Carr / Flickr
There are a number of caves in the northwest region of Puerto Rico, and Cueva Ventana has one of the best views. Trained biologists take you on a guided tour of the caves, where you’ll learn about the plants, animals, insects and the Taino people who once used these caves. The hike takes about 45 minutes, and there are a couple places where you need to climb, but the guides and other explorers will help you. When you get to la ventana(the window), you will see a view like nowhere on Earth. It is a great place to take silhouette photos with the wispy clouds and lush valley in the background.
Open In Google Maps
Carretera 10, Arecibo, Arecibo, 612, Puerto Rico
Visit Facebook page
Give us feedback

Also in the northwest region, between Arecibo and Utuado, you can take a lovely boat ride around Lago Dos Bocas. Relax at any of the lakeside restaurants for a relaxing view of the water.

Flamenco Beach on Culebra is one of the most spectacular beaches in the world, with its white sand and shallow turquoise waters. There are no natural high viewing places on Culebra, but you can get incredible ocean views from any of the remarkable hotels and resorts. 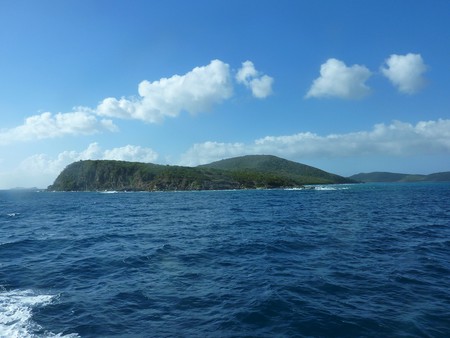 Puerto Rico is home to a small but highly diverse rainforest that is managed by the US Forest Service. Hiking trails take you through lush foliage, reveal birds and reptiles seen nowhere else on earth, and cool rivers and waterfalls accompany your travels. One of the most impressive views on the island is from El Yunque Peak, 3,543 feet (1,080 meters) above sea level, as well as from the top of Yokahu Tower.

While it may not give you a broad vision of the beauty across Puerto Rico, the Mosquito Bioluminescent Bay of Vieques is an extraordinary sight. There are two other bio bays, Laguana Grande in Fajardo and La Parguera in Lajas, but Mosquito Bay is the brightest of the three. Take a kayaking trip through the bay where you will not only see the glow of the dinoflagellates, but your guide can also point out the brilliant constellations above.

From the top of the Old Fort, Castillo de San Cristobal, each way you turn you have an incredible view. To the north are the crashing blue waves of the Atlantic Ocean, to the east you can see San Juan, to the south is the soul of the area, Old San Juan, and to the west you can see Santa María Magdalena de Pazzis Cemetery, La Perla, and in the distance Castillo San Felipe del Morro. All amazing scenery, varied and exciting, and a wonderful site at which to take photos. 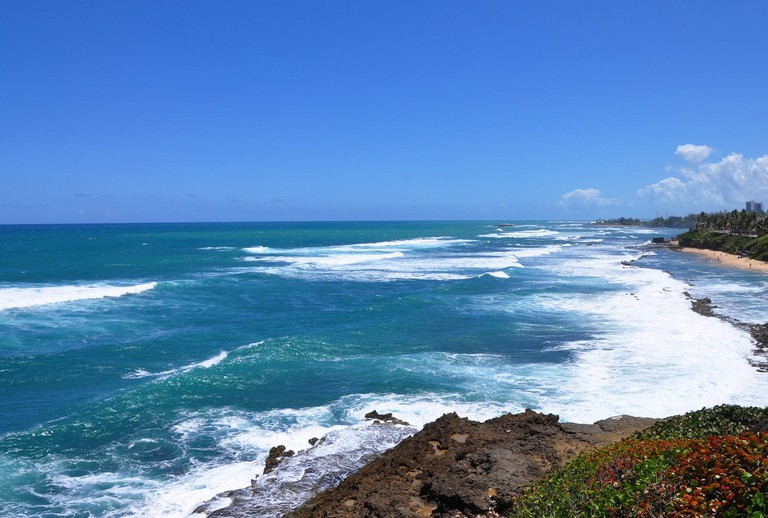 The central mountain range of Puerto Rico got hit hard by Hurricane Maria, and the people there are still struggling to get roads, bridges, power and water, and much of the foliage was decimated. But this island, just like the people on it, is resilient, and is coming back to its full beauty and strength. The breathtaking views of waterfalls and green valleys may not be as accessible right now, but it will be one day soon and you do not want to miss it. Take any of the small winding roads through the interior, stop at some of the small roadside stands or restaurants for a bite to eat and a cold drink, and take home some of the most amazing photos you will ever see. 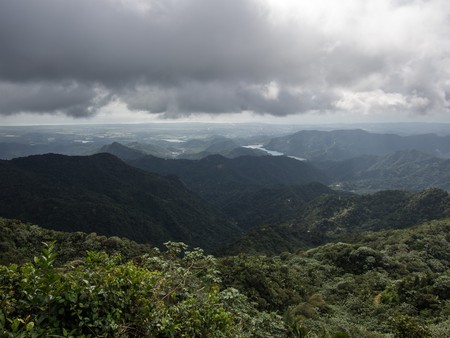 The Watchman Cross is a 10-story, 100-foot high tower that overlooks Ponce. Visitors can reach the top by elevator or stairs, and then capture panoramic views of the City of Ponce and the Caribbean Sea. 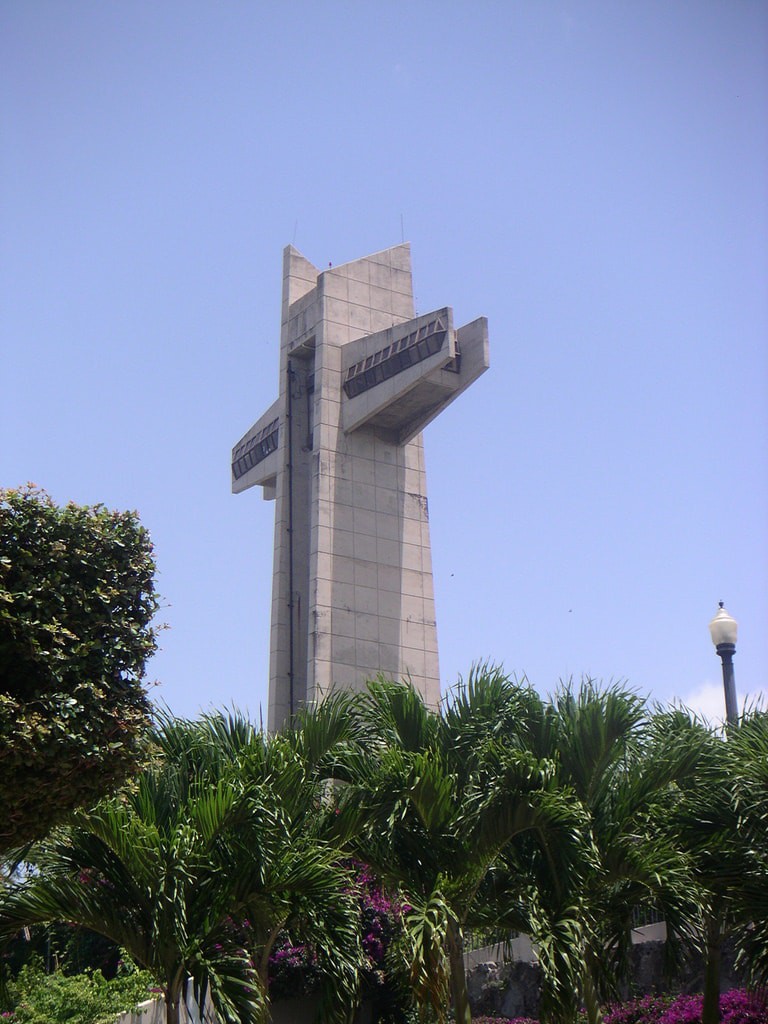