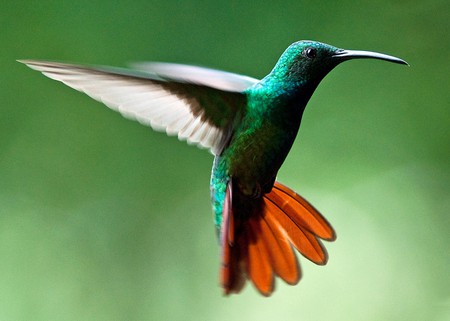 Atabei was the original earth mother and powerful creator to the Taino people. She crafted two sons, Yucajú and Guacar. Yucajú continued Atabei’s work and created the sun and the moon, and took gems from the earth and placed them in the sky as stars. He filled the fertile earth his mother created with plants and trees, birds and animals, then he decided to create something new that was the cross between an animal and a god, a jupía, and this was the first man which was named Locuo.

The brother Guacar became very jealous and changed himself into the evil spirit Juracán. Using his powerful winds, he tried to destroy all of the things that Yucajú had created, blowing down trees and killing animals, and he tried to kill Locuo as well, but he did not succeed. Locuo was very frightened, but he prayed to Yucajú and remained strong. One day he felt alone on the earth, so out of his belly button he made two more beings; a male, Guaguyona, and a female, Yaya. From these two humans, all other descendants came, this is how the Taino explained the creation of the earth, the ancestry of its people and tried to make sense of the awful devastation of hurricanes and earthquakes.

The Legend of the Hummingbird

There were two young lovers who met accidentally at a pool in the forest. Their names were Alida and Taroo and they were from different tribes. Alida’s father discovered their trysts and arranged for Alida to marry a man from the tribe. Alida prayed to the gods to deliver her from this fate. They complied and turned her into a red flower. Taroo, who had no idea of what Alida’s father had planned or of her transformation, waited each night by the pool in the forest until the moon finally took pity on him and told him of Alida’s transformation. He begged the gods to help him find her and again they complied by turning Taroo into a hummingbird, so as you see a hummingbird flit from blossom to blossom, it could be Taroo still searching for his lost love. 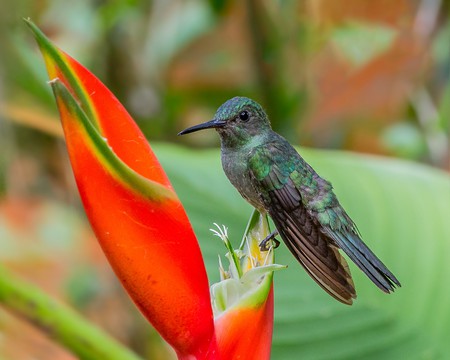 This story has a historical relevance to the rebellion of the Taínos against the Spanish. Guanina was a Taíno princess who fell in love with a Spanish officer named Don Cristobal de Sotomayor (who died in 1511 proving that the Spaniards were mortal and thus giving the warriors the impetus they needed to revolt). Guanina’s brother hated the Spanish and swore to kill Sotomayor on his trip to Caparra. Although warned by Guanina, Sotomayor undertook the journey and was killed. The tribal chiefs branded Guanina a traitor because of her love for the Spanish officer and decided to sacrifice her to the gods. They soon discovered that she had taken her own life and was found with her head resting on her lover’s chest. They were buried together under a ceiba tree. 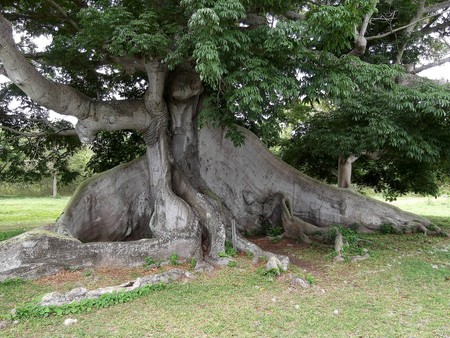 At the end of Cristo Street in San Juan there is a small chapel known as La Capilla del Cristo. It has an interesting tale behind it. As the story goes, in 1753 a young man named Baltazar Montañez was racing his horse down Cristo Street. At that time the street ended on a cliff and they ran right off the edge. As the man and horse plunged to their deaths, Baltazar prayed to the saint of salvation. The saint answered his prayer and he survived. In all actuality he died, but a small chapel was built at the end of Cristo Street to keep that from happening again.

In El Yunque National Forest when the humidity is high, the tiny coquí frogs climb to great heights in the forest canopy. The predators, mostly tarantulas, of this tiny frog are aware of this behavior, and catch and eat them on the way up. As a survival tactic, the frogs leap from the top of the trees, rather than climbing back down, and are so tiny that they virtually float back down rather than running the gauntlet of predators. It actually rains frogs.

A creature that terrorizes Puerto Rico, South America and even parts of the US, its name means “goat sucker” because it sucks the blood out of goats and other small animals and just leaves a carcass with two small puncture holes. Some say it is green and some say gray. Some say it has wings while others are convinced it is an alien that landed in Puerto Rico.

This sculpture of a religious procession in Old San Juan commemorates one of Puerto Rico’s most endearing historical tales. In 1797 the British, led by Sir Ralph Abercrombie, were attacking San Juan from the east. The Spaniards were severely outnumbered and the outcome did not look good. The citizens of San Juan decided to have a religious procession through the city. Legend has it that the British mistook all the torches for Spanish reinforcements. The British felt like they did not have enough strength to overcome the reinforcements and withdrew. 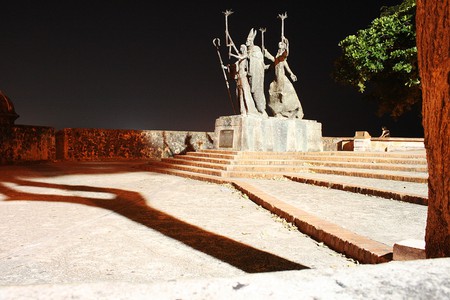 Don Julián Correa’s greatest pride was his beautiful 17-year-old daughter Salomé. One day Salomé rode her horse to the Abacoa River to go for her daily walk, but this day her father insisted that Juan, the son of the rich landowner Don Ramón Rivera, accompany her because he was hoping they would one day marry.

When they reached the riverbank Salomé spotted a beautiful flower floating on the river and leaned over to grab it, only to slip on a stone. She lost her balance and fell into the swift current, but when she cried out to Juan for help, he had no courage and only shouted that he would go to the hacienda for help. Salomé thought she was certain to die, but then she saw through the sky a bronze and copper bolt that fell from the cliff above. Powerful arms embraced her and brought her safely to the riverbank. Her savior was a young man with brown skin and eyes the color of honey, and she fell in love with him instantly. When she asked him his name, he replied, “I am Aruaca, the last of the Taino warriors, son of Urayoán and Cecilia, the Spanish, grandson of the cacique Abacoá.”

Aruaca carried her to the hacienda only to have the men of the hacienda begin shooting at Aruaca. He tried to defend himself, but there were too many. Don Julian intended to kill the young man, but Salomé jumped between them saying, “You owe my life to this man, it was he who saved me from death in the currents of the River, while this coward beside you (Juan), abandoned me!” Aruaca said goodbye to Salomé with only his eyes.

Salomé returned to the Abacoa day after day, and finally they met again. After their reunion they met every evening at the river, although they feared their two very different worlds made their love impossible. One day her father followed her to the river and when he saw her in Aruaca’s arms, he went mad with rage and began to shoot at Aruaca. Salomé was shot in the chest by her father’s bullet. Aruaca saw his beloved dying at his feet and knew that he could only save her by praying to their gods in the guácara. He climbed the cliff and entering the cave he placed his love next to the xagüey. Taking water from the spring, he began to cleanse her wound and the miraculous water of the xagüey of his ancestors revived her. Aruaca thanked Boiníaex and Marojú, the two stone cemíes he had there.

Salomé and Aruaca agreed that he should go to the hacienda to give the good news to her father. They said goodbye and Salomé promised that she would wait there until he returned. When Aruaca arrived at the hacienda to give the news to her father, Don Julian shot and killed him without allowing him to give him the good news. Don Julián never knew that Salomé was alive due to his evil.

Salomé was in the cave was waiting for him, praying for his return. She lived and waited for a hundred and fifty years or more without aging one more day. They say that only after one hundred and fifty years did she die of a broken heart, and that she only fed on the memory of her beloved and the miraculous water of the spring. They say that through the darkest corridors of the cave Salomé and Aruaca walk, together and happy forever.

Coquí and the Goddess

There was once a beautiful goddess who fell in love with Coquí, the chief’s son. When he went out to fish, she would make sure that he came back with a big catch, and he would sing praises to her. One evening, she came to him in the form of a Taíno maiden, and they fell in love. She told Coquí that she would come back the next evening at moonrise, but the next evening came, and with it came the evil Juracán. The sky blackened and his winds howled and the goddess tried to protect her lover, but Juracán snatched him away and she never saw him again. She did not know how she could go on without her beautiful Coquí, so she created this tiny frog that will forever call for him: “Co-kee! Co-kee!” 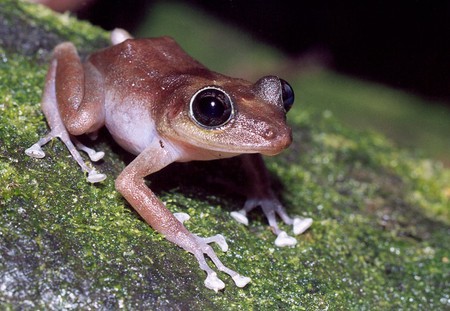 The coquí frog | © US Fish and Wildlife Service / Flickr

There are different stories that circulate about why soldiers kept disappearing from this guard post on a piece of land that juts out from the coast and is connected to Castillo San Cristobal. These legends include being taken away by evil spirits or being washed away by large waves, but Manuel Fernández Juncos shares a different, and much more believable story, one which it seems was told to him by the very soldier who disappeared. After hearing the other tales from the locals, an older man came up to him and shared his story.

He was a soldier at San Cristobal, and pulled guard duty in the sentry box of the sea many times. It was an awful job, cold and wet and dark, and the shift seemed to be endless. One evening, against the rules, this soldier took a cigar with him to help him pass the time. A wave came up and soaked his tinderbox, so he could not light it. Frustrated, he saw a light in the distance and again breaking regulations, left his post and went in search of a light for his smoke. When he got there, the family was having a celebration. There was music and dancing and girls, especially one “dark-skinned beauty with fiery eyes.” When he could finally pull himself away from the place, it was raining so hard he would never make it back to his post, so he decided to wait a little longer. He met the beautiful woman and began dancing with her and lost track of time, so when he heard the bells of the fort announcing the changing of the guard, he was mortified and took off without saying a word. But he was not fast enough, and the new guards came on before he could return. Abandoning your post is punishable by death, so the soldier ran away, stole a boat and started a new life elsewhere. 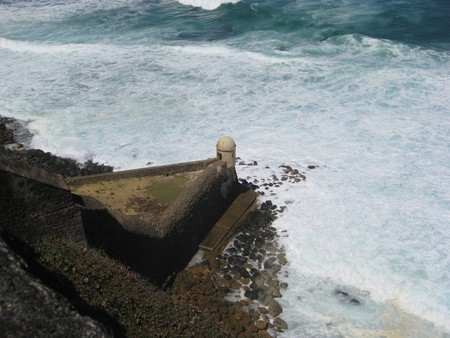