10 Most Beautiful Places in Martinique

Known as the Flower of the Caribbean or the Rum Capital of the World, Martinique offers a seductive mix of impressive landscapes and fascinating history. Where summer never ends and attitude wears its brightest colors, an irresistible blend of French and Caribbean culture creates the perfect setting for unforgettable moments. Read our guide to discover the most bewitching places on the island. 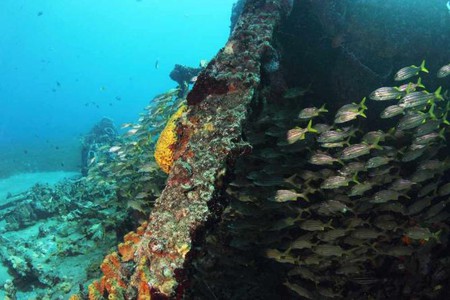 Founded by French settlers, this used to be the most important town in Martinique, also called the Paris of the Caribbean. Everything changed when the majestic Mount Pelée erupted in 1902, destroying Saint-Pierre and killing thirty thousand people. Never restored to its former glory, the city is now a center of a sugar-producing area with a geological laboratory and a volcanological museum and a reminder of nature’s power. Wander through the historic ruins and head to one of the dive sites to swim alongside the wrecks of ships that sank in the explosion.

The capital of Martinique, the main port and a starting point for island adventurers, Fort-de-France lies on the west coast of the island. Besides exploring the numerous shopping opportunities, dedicate a few hours to explore historic sites as well as some museums where you will learn about the area’s pre-Columbian and colonial past.

Although Le Diamant hosts several marvelous beaches, it is Diamond Rock that most people come to see. This small uninhabited island has a long naval history as a fortress in the Napoleonic wars and a great value as the last refuge for several snake species. Due to the nearby underwater cave which hosts a spectacular display of sea fans and corals, it is also a popular destination for scuba divers.

Located in the northwest part of Martinique, Le Carbet is home to peaceful beaches, the supposed landing site of Christopher Columbus in June of 1502 and the town where Gauguin lived and painted almost four centuries later. Do not miss the gardens, the rum distillery and the popular ship wreck.

With such a rich flora and fauna, it is no surprise that one of the finest botanical gardens in the world is situated in Martinique. Featuring thousands of tropical plants as well as ponds punctuated with water lilies and lotus blossoms, Jardin de Balata is owned by a passionate horticulturalist. When you’re not strolling through the well-marked paths, there is always an awe-inspiring view to enjoy in the magical kingdom of flowers and hummingbirds.

The road that leads to Balata is no ordinary highway. Known as La Route de la Trace, it is the island’s most scenic and one of the oldest roads in Martinique dating back to the 18th century thanks to the Jesuit Missionaries. Running through the heart of the lush interior rain-forest to Mount Pelée, a quick drive will reveal why Martinique is known as the Island of Flowers. 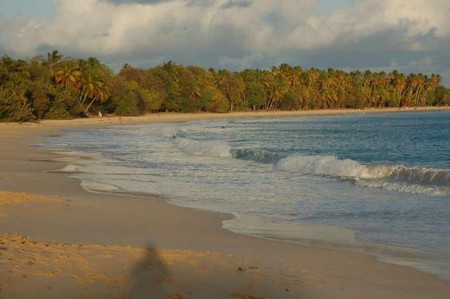 This is a picturesque town is the island’s southernmost village and one of the prettiest. Although you will find many shops, restaurants and markets, you will soon realize that the main attractions are the white sand beaches. Les Salines is probably the most famous among them: a heavenly lengthy stretch of sand complete with clear blue waters.

At the base of Mount Pelée you will find the village of Ajoupa-Bouillon, well known for its colorful flowers. Make sure to visit the botanical trail called Les Ombrages and Gorges de ls Falaise, a series of small gorges along the Falaise River that lead to an alluring waterfall.

The southern coastline of La Trinité is a marvelously wild and unspoiled peninsula where you will find plenty of things to see and do. The protected land of Caravelle is remarkable for the wide range of landscapes from savannah-type terrain to mangrove forests and a rich biodiversity. To fully appreciate the natural treasures of the reserve, nothing beats a hike dotted with superb viewpoints.

A small and sleepy fishing village tucked beneath coastal cliffs is one of the most picturesque places you may come across. Often completely cut off from the rest of the island after heavy rains, Grand’ Rivière is where you will find fresh seafood, colored boats and the huge challenging waves of the Atlantic.