Top Galleries And Museums In Martinique

The Francophone Caribbean island of Martinique is well-known for its golden beaches, flourishing vegetation and year-round sunshine, but a visit here can also offer much in the way of cultural interest. The contemporary art scene, in particular, is burgeoning thanks to several exciting venues and a theater continuing the legacy of the island’s most famous inhabitant. Here is our pick of the best places to see art in Martinique. 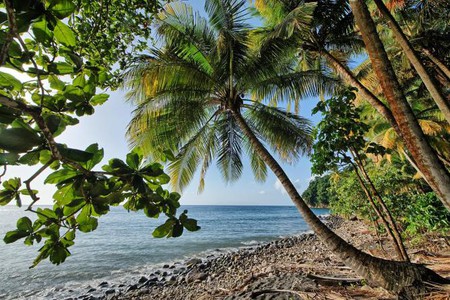 The popular Galerie d’Art Les Soupirs specializes in preserving the legacy of Amerindian art, traces of which can be found across all the Antilles thanks to the Indian populations that arrived here from the Orinoco many hundreds of years ago. Local artists such as Eliane Saint Louis Augustin, André Noel and Régina van Puyenbrouk have worked with clay, silk, calabash and other traditional materials to produce sculptures and pictures that evoke the memory of these long-lost cultures. These can be viewed alongside Indian-style objects (including dream catchers and wind chimes), also made using historical techniques. Aside from its exhibitions, the gallery holds regular painting and sculpture workshops to encourage further artistic creation on Martinique, and promote the island as a place of art and culture.

Since it opened in 2013, 14°N 61°W espace d’art contemporain has provided a platform for a handful of talented Caribbean artists to display their work to a wider audience. Its founder, Caryl Ivrisse-Crochemar, who worked in European art institutions for over twenty years, feels passionately about giving opportunities to local artists who would like to break into the French and international scene. To date, photographer Robert Charlotte, sculptor Norville Guirouard-Aizée, multimedia artist Ricardo Ozier-Lafontaine and painter Raymond Médélice (all of whom are based in Martinique) have enjoyed solo exhibitions of six weeks or more, as have Guadeloupian multimedia artists Ronald Cyrille and Jean-Marc Hunt. These have been interspersed with collective exhibitions combining the above artists’ efforts, and inventive projects designed to trigger artistic creation on the island. Having already attracted much local and international attention, 14°N 61°W looks set to be a key Martinican cultural institution for years to come. 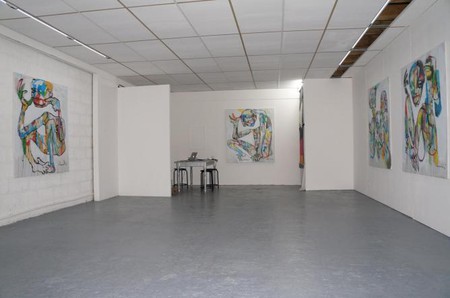 Despite its unassuming and difficult-to-find location, Anacaona offers much to see for those interested in Caribbean painting. There are over 1000 canvases on show, created by many different artists in varying sizes and styles, but with an emphasis on African influences and memories of the region’s slavery-oriented past. Visitors consistently recommend the warm welcome and knowledgeable advice on offer here, whether you are tempted to buy one of the unique paintings (prices are comparatively cheap, starting at around €25), or just want to see some art with a genuine local spirit.

Distillery
Facebook
Email
Twitter
Pinterest
Copy link
Share
Map View
One of Martinique’s older cultural organisations, the Fondation Clément has been sponsoring exhibitions and publications since the 1990s. Its involvement with contemporary art centers around the Habitation Clément, a 19th century sugarcane plantation and rum distillery that is still fully functioning today, but was adapted by the Fondation in 1996 to incorporate three large exhibition spaces. These are designed to provide an exciting and liberating venue for Francophone artists who feel isolated from the current contemporary art scene, either because they live far away from its principal centers, or because their racial or cultural background makes them feel different to their peers.
Two of the exhibition spaces (La Case à Lucie and La Cuverie) hold temporary solo exhibitions by artists working in various media, from October until June each year; some recent highlights include photographer Philippe Virapin’s Insomnie (a series of haunting images exploring our ideas of night-time) and Richard-Viktor Sainsily Cayol’s Rhizomes hybrides ou la poïétique d’un syncrétisme, consisting of paintings on the complex mix of nationalities that form the Caribbean people. The third space, La Case à Léo, features changing displays from the Fondation’s permanent art collection.
Open In Google Maps
Le François, Le Marin, 97240, Martinique
+596596547551
Visit Website
Visit Facebook page
Give us feedback 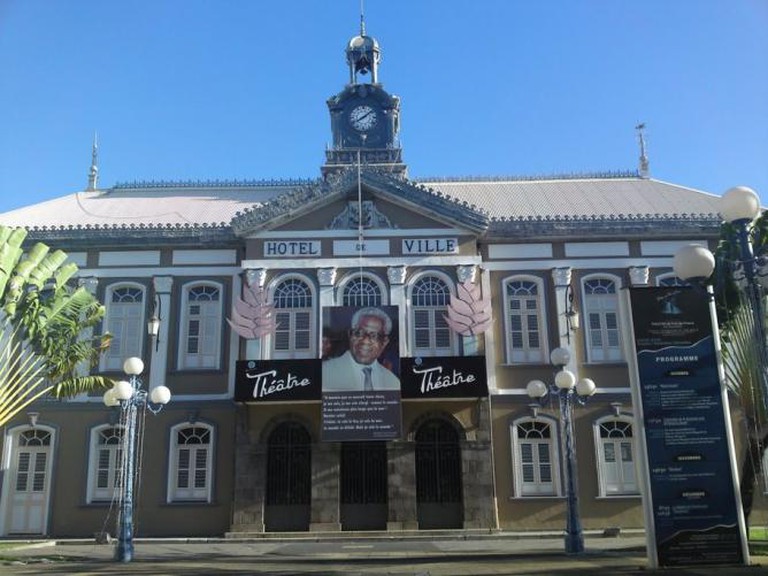 Théâtre Aimé Césaire | © Jean-Louis Lascoux/WikiCommons
Like many of Martinique’s smaller galleries, Aux Couleurs Locales is run by the artists whose work can be seen there. Claude Henry is a celebrated painter, much liked for his brightly-coloured landscapes and portraits that depict Martinican life at its most traditional. His work is regularly exhibited at venues across the region, including (most recently) Fort de France’s large concert hall, L’Atrium. Here in his countryside home, he personally talks visitors through displays of his work and offers expert tuition in painting and drawing. He also runs a café selling homemade fruit juices and cocktails, which come highly recommended by previous visitors.
Open In Google Maps
D7, Les Anses-d'Arlet, Le Marin, Martinique
+596596686554
Give us feedback

Building
Facebook
Email
Twitter
Pinterest
Copy link
Share
Map View
An important center for art in its widest sense, the Théâtre Aimé Césaire runs a diverse program of plays, concerts and exhibitions every October until June. The building is named after celebrated Martinican author and politician Aimé Césaire, whose work made significant progress in raising awareness of racial issues for black Caribbean people. His daughter Michèle (a writer herself) now oversees all aspects of its programming. Each recent season has offered a selection of plays by a world famous playwrights such as Bertold Brecht (2013-14), Victor Hugo (2012-13) and Shakespeare (2011-12), alongside single works by local or less familiar international writers. There are also concerts by local amateur groups.
Of most interest to art lovers, however, may be the possibility of seeing exhibitions in the theatre’s beautiful gardens; 2014’s Césaire, Neruda, Tagore, pour un universel réconcilié offers a rare opportunity to view photos, writings and other artifacts related to these three legendary authors, all of whom spoke out against oppression and prejudice in their societies. The exhibition lasts until 1 September.
Open In Google Maps
47 Rue de la Republique, Fort-de-France, Fort-de-France, Martinique
+596596594329
Visit Facebook page
Give us feedback

Galerie Sophen showcases work by Sophen, a married couple from Brittany whose professional epithet is a combination of their first names, Sophie and Henry. Having arrived in Martinique in 1993 with a strong reputation as watercolorists already established back home, they began to display their paintings here and their subject matter became increasingly multicultural, maintaining a clear flavor of France but also exploring the island’s landscapes and traditions from an outsider’s perspective. Many of these colorful works can be seen today in their gallery in the pretty seaside town of Les Trois-Îlets.

Le Marin’s Galerie Ôdis7, situated right by the dazzling harbor, holds contemporary art events and exhibitions all year round. The focus is mainly on sculpture and video art, but all kinds of creation are welcomed from both Martinican and international artists. Leading the gallery’s activities is Habdaphaï – a multimedia artist himself with a passionate dedication to exploring Martinique’s cultural heritage and promoting local artistic potential – and Martine Baker, an esteemed Parisian ceramicist who has spent much of her life on the island. They frequently exhibit their own work at Ôdis7, as well as curating shows by M-Christine Toussaint, Patricia Donatien-Yssa, Thierry Fazian and others.