Who Is The White Witch Of Rose Hall?

Rose Hall Great House is a popular attraction for tourists as well as locals because of its association with the legendary White Witch of Rose Hall, Annie Palmer. However, the real question surrounding this Georgian Great House is, did Annie Palmer really exist? 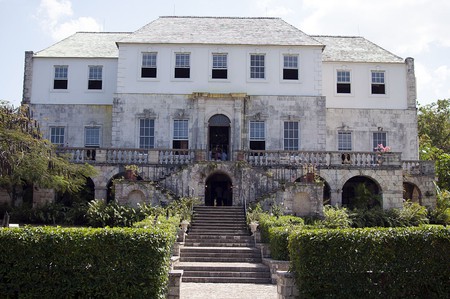 Annie Palmer (née Patterson), dubbed the White Witch of Rose Hall by the slaves, was a female plantation owner of the most vicious sort. Annie was born in England in 1802 to an English mother and Irish father. The family moved to Haiti when Annie was ten. Her parents died from yellow fever a year later and her nanny, a voodoo priestess, raised and nurtured her in the black arts. After her nanny’s death, Annie moved to Jamaica in search of a wealthy husband; she might have been 17 or 18 at the time. She met and cast a spell on the owner of Rose Hall Estate, John Palmer, to trap him in marriage. Thus, she became the second mistress of the vast and prominent plantation that was once, and still is by many, regarded as the finest Great House on the island.

If there was ever happiness in their marriage, it was not widely publicized because shortly after they had settled down to the business of married life, Annie poisoned her husband for control of the plantation. Not long after, Annie married again, this time to another English planter who she eventually stabbed to death. Not one to be lonely for long, Annie married a third time, and tiring once more of this husband, she strangled him with the help of one of her many slave lovers, Takoo. 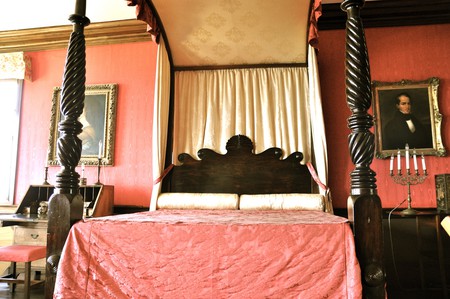 She ruled her plantation with an iron fist, and as a result of her voodoo practices, she was feared by all. She whipped, tortured and put to death anyone who disobeyed her orders and was said to have refurbished the basement of the house to support her predilection for savagery. Annie was also known to murder the infants of her slaves so that she could harvest their bones for black magic.

Annie’s life came to an end when the aforementioned slave lover, Takoo, murdered her in retaliation for the death of one of his relatives. Annie had set her sights on another male, and reportedly fell in love with him. He did not return the sentiment. He was in love with another woman, Takoo’s granddaughter whom Annie killed in jealousy. Takoo who was also a practitioner of voodoo, with a combination of black magic and physical force, strangled Annie in her sleep. In another version of the story, it was Takoo’s son-in-law and not his granddaughter’s that Annie was in love with and killed because he did not return her feelings.

Even in death, the slaves feared that she would use her powers from beyond the grave to attack them in her anger. She was buried in a tomb behind the house and a voodoo ritual performed to keep her locked in. Notwithstanding this, the ritual was not completed, and Annie’s spirit was free to roam the plantation, and still does to this very day. 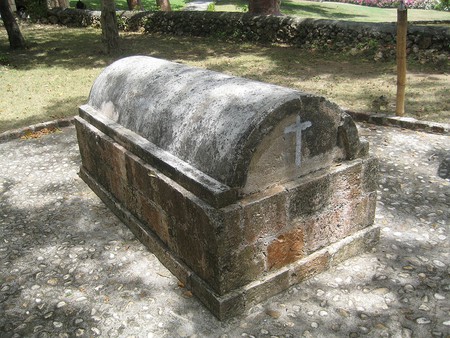 Rose Hall’s history dates back to the mid-18th century and was named after its first mistress Rosa who was married and widowed three times before meeting her final husband, John Palmer, who owned the neighboring estate, the Palmyra. Rosa predeceased John Palmer and left the estate to him. John Palmer, in honor of his love for her, commissioned a sculpture in her honor, which can still be seen today in the St. James Parish Church in Montego Bay.

In his death, John Palmer left the estate to his sons who lived in England. They never visited Jamaica and died childless, so Rose Hall and Palmyra went to his grand-nephew, John Rose Palmer.

It is uncertain how or when Annie and John Rose Palmer met; however, they were married in 1820 and settled into Rose Hall after their honeymoon in England. Annie and John were not married for long; he soon died leaving Annie thousands of pounds in debt with no money or claim to the Rose Hall or Palmyra estate. She left the estate shortly after. No records show that she ever married again or had any children. In a will preserved in the Jamaica Archives, Annie left all she had, which based on her situation when she left the estate could not have been much, to a goddaughter Giolia Mary Spence.

This being the case, how then did the lurid tale related above become so widely popularized as fact?

Herbert George de Lisser CMG, a Jamaican journalist and author, wrote The White Witch of Rose Hall, which was published in 1929. Not much is known about the Palmers’ lives, so it was quite easy for de Lisser’s mind to run wild and conjure a story so far from the truth that in a post-slavery colonial environment became quite easy to believe.

Today, Rose Hall Great House is open for tours daily and nightly, and the grounds are often used for weddings and other ceremonies as requested. A part of the estate has been transformed into an expansive 54-hole golf resort that attracts many golf enthusiasts from across the world seeking a scenic golf getaway.

Though many know the legend to be false, it still captivates and draws many visitors, locals and tourists alike to tour the grounds and hear the story of the wicked White Witch of Rose Hall.