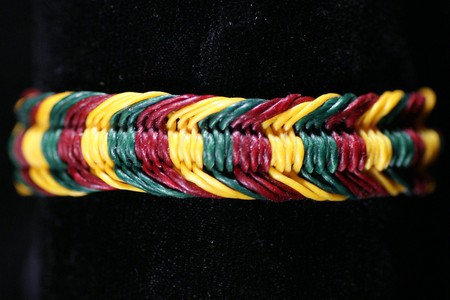 Originating in Jamaica in the late 1960s, the reggae genre is synonymous with the likes of Bob Marley and Jimmy Cliff, but a whole new generation of emerging artists are bringing about a reggae renaissance with their own modern twist. From Jamaica’s Etana and Dubtonic Kru to Guinean artist Takana Zion and the UK’s Stylo G, we take a look at the top 10 emerging reggae artists. 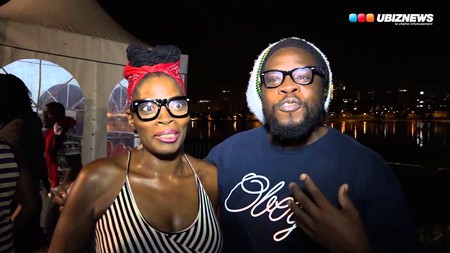 Guinean artist Takana Zion set his sights on a musical career at a young age after he realized music’s power to address the inequalities in both his homeland and across the globe at a young age. Starting out in Guinea’s rap and dancehall circles, Zion’s sound gradually took on a more roots reggae sound, cemented with the release of his third album, Rasta Government, which was recorded in Jamaica’s iconic Harry J Studio in 2009 alongside musicians including reggae and dancehall artist Capleton. Currently one of its biggest names, Zion is committed to raising the profile of African reggae, frequently singing in his native malinké dialect and constructing his own recording studio in Guinea since 2012.

Etana, whose name translates to ‘the strong one’ in Swahili, emigrated from her native Jamaica to Florida where she went on to join a female R&B trio. The overtly sexual stereotypes of the genre juxtaposed with her ideals, and eventually she returned to Jamaica to create a sound that embodied Rastafarian principles and respect for women. Her 2008 debut album, The Strong One, solidified her signature sound – powerful vocals paired with an eclectic fusion of reggae, soul, jazz, and folk – while remaining committed to sending a positive, spiritual message. Her most recent release, I Rise, was listed amongst World A Reggae’s Top 10 Albums of 2014.

Born in the Bronx in 1979, the multi-award-winning Tarrus Riley, son of reggae legend Jimmy Riley, was recording music by his early teens. Since the release of his debut album, Challenges, in 2004, the star has exploded onto the music scene with high profile performances at Reggae Sumfest and the Jamaican Jazz and Blues Festival, garnering accolades such as the EME Awards’ 2011 Cultural Artiste of the Year. Despite his rapid rise to fame, Riley has remained committed to his roots, emphasizing that making ‘thought-provoking music about Black consciousness and experience’ is the core of his work, a vision that he supports through commitment to movements like BLAKSOIL, which aim to speak to the consciousness of black women and children.

As the son of veteran reggae star Chronicle, it was perhaps fate that Jamar Rolando McNaughton, aka Chronixx, would grow up to become one of the best new reggae artists today. Born in Jamaica in 1992, Chronixx began writing and recording songs in his childhood before going on to produce tracks for artists including Munga Honourable and Konshens. He released his debut EP, Hooked on Chronixx, in 2010, and went on an European tour in 2013. Since then, further projects with figures such as reggae and jazz legend Ernest Ranglin reinforce Chronixx’s position in the reggae music scene. His 2014 release The Dread & Terrible Project topped the iTunes and Billboard reggae charts.

Formed in Jamaica in 2000, Rootz Underground are a six-piece band whose music, while staying true to the seminal sound of 1970s reggae and the positive message of Rastafari, combines an edgy and organic sound that is all their own. With the release of their studio albums Movement in 2008 and Gravity in 2010, they have toured over 22 countries across the globe and performed at high profile festivals like Jamaica’s Rebel Salute and Reggae Sumfest. Rootz Underground has established itself as a major player on the international reggae scene. Their highly anticipated third studio album, Return of the Righteous Vol. 1, was released in France in March 2015 and will be released globally on June 1 this year.

The 2014 winner of the MOBO Award for Best Reggae Act, Stylo G was born in Spanish Town, Jamaica. He relocated to the UK at age 15 with his mother and brother (producer and engineer Kodi Starr), following the tragic murder of his father, legendary dancehall artist Poison Chang. Immediately immersing himself in the UK underground scene, Stylo G has since crafted a sound that remains true to his Jamaican roots and father’s dancehall influence, while artfully blending in genres like grime and dubstep. His work and talent has even earned the praise of fellow Jamaican and Olympic gold medalist Usain Bolt.

Born in in the idyllic western Jamaican town of Falmouth and the daughter of a Baptist preacher, Jah9 later moved to Kingston where she grew up singing in church and youth choirs before meeting Rastafari friends at university prompted her immersion into roots reggae and dub music. Her musical career was kickstarted when demos recorded with producer Sheldon Bernard were heard by legendary reggae singer Beres Hammond. Popular singles like ‘Keep Holding On’ and ‘Warning’ were produced soon after. Considered one of Jamaica’s most powerful female voices, and hailed by musician and producer Mickey Bennett of Grafton Studios fame as ‘Jamaica’s best kept secret,’ Jah9 released her debut album, New Name, in 2013 to rave reviews.

Hailing from Jamaica, Dubtonic Kru’s founding members Jubba White and Strickland Stone – already prominent figures in the modern roots reggae scene – formed the band in the early 2000s, with guitarist Jallanzo, Luke Dixon, and vocalist Kamau. The collaboration created their now signature sound – a blend of roots reggae, dub, and rock with socially conscious lyrics and pulsating basslines. 2010 heralded an important era for Dubtonic Kru, with the band winning the CPR’s (Coalition to Preserve Reggae Music) Simba Award and the 2011 Global Battle of the Bands in Malaysia. Their most recent album, Evolution, was released in 2014 and marked another pivotal point in the band’s ongoing revival of roots reggae.

Born in San Francisco in 1983 and raised in London, Natty grew up to the eclectic musical tastes of his parents, which ranged from the folk music of Neil Young to Motown and Bob Marley. Working as a sound engineer at London’s Sphere Studios, Natty was inspired to create his own music setting up an open mic night, Vibes and Pressure, where his performances caught the eye of Atlantic Records who went on to sign the artist and release his debut album, Man Like I, in 2008. After parting ways with Atlantic Records and setting up his own label, Natty began recording his second album, Release The Fear, scheduled for release in 2015.

A young man from Oklahoma may not be the most likely contender for a career in reggae, but thanks to the influences of his reggae enthusiast father and uncle who took him on frequent trips to Jamaica in his youth, Joseph Israel became captivated by the genre. Israel’s 2005 debut album, Gone Are The Days, was recorded at the legendary Tuff Gong Studios founded by Bob Marley, and featured a plethora of veteran reggae musicians including bassist Chris Meredith and rhythm guitarist Ian ‘Beezy’ Coleman. Over the course of his career, Israel has performed at events including Florida’s 9 Mile Music Festival and California’s Reggae on the River. In 2014, he released his highly anticipated second album Kingdom Road.