The Best Museums to Visit in Jamaica 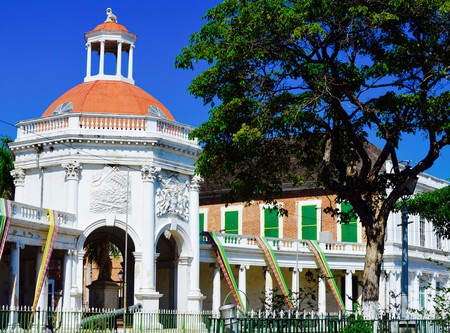 Jamaica is characterised by images of tropical beaches, lush green mountains, all inclusive resorts, reggae music, Rastafarians, rum and the irie spirit. The deeper you get into this island, the more rewarding the experience. Jamaica has a fascinating history that is worth exploring for anyone interested in improving their understanding of this incredibly diverse and culturally significant Caribbean island. Step away from the beach for a moment and enjoy the best museums in Jamaica.

Not strictly a museum but a site of historic interest and a popular tourist destination in Kingston, Devon House is an important historic landmark. Built in 1881 in the style of older great houses, Devon House was in fact the home of Jamaica’s first black millionaire George Stiebel, who returned to Jamaica after making his fortune on the US. Today Devon House offers excellent guided tours by traditionally costumed guides who explain the history of the house and of Jamaica at the time. The grounds of the house contain restaurants, cafés and shops, making it an excellent place to spend a few hours. 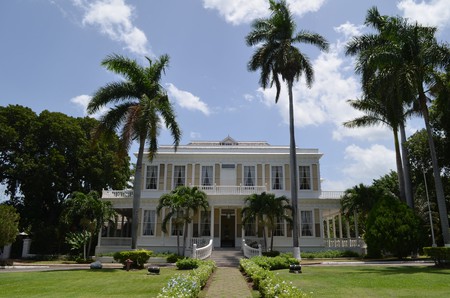 The small town of Lucea sits on the road between Montego Bay and Negril and isn’t often visited by tourists. However, this historically important town houses a fascinating museum in an old slave prison and workhouse; along with a number of other Georgian-era buildings such as the church and Fort Charlotte. The museum holds Taino artifacts; a significant number of slave artifacts and a map of the bay drawn by the infamous Captain Bligh. Open Monday to Friday, the museum has a small café and gift shop.

The People’s Museum of Crafts and Technology — Spanish Town

Spanish Town, the island’s original capital, is often overlooked by visitors but it contains many sites of historic interest. Most significant is Parade Square which has the restored façade of the old King’s House — once the home of Jamaica’s governors and the place at which the declaration of the abolition of slavery in the British West Indies was read. The old stables to the rear of the property now house the museum, originally called the folk museum, but renamed in 1979. The museum fittingly tells the story of post-emancipation (1838) Jamaicans as they forged a new life. If you have time, then the museum can be included in one of the historic walking tours of Spanish Town, also taking in historic sites such as the Cathedral and the Rodney Memorial.

The National Museum of Jamaica — Kingston

The National Museum of Jamaica at 10 East Street, downtown Kingston is a beautiful building housing approximately 17,000 artifacts across a number of exhibitions. Exhibitions include Ararawak Jamaica; the Spanish and British colonial period; the 1907 earthquake; a tribute to those who fought in the two world wars; an independence exhibition and a Rastafari exhibition launched in 2013. The museum’s six major collections comprehensively tell the Jamaican story and are essential viewing for anyone wanting to learn more about this fascinating and beautiful island. Guided tours are available.

Located in historic Port Royal, just a 30-minute drive from Kingston, Fort Charles was built during the 1650s as a British defensive fortification. Having recently captured the island from the Spanish, the British set about building a string of coastal fortifications at key points. Fort Charles is now a splendid museum to Britain’s naval history in Jamaica, telling the story of the great earthquake of 1692; and the much later presence of the then Captain Horatio Nelson in the 1770s. A plaque at the site reads: ‘In this place dwelt Horatio Nelson. You who tread in his footprints, remember his glory’. Indeed it is possible to tread in Nelson’s footprints and walk the quarterdeck where he once paced looking for enemy ships. One of the highlights however, is the exhibition of artifacts from the 1692 earthquake which sunk much of the so called ‘wickedest place on earth’ into the sea. A small entry fee includes a guided tour. 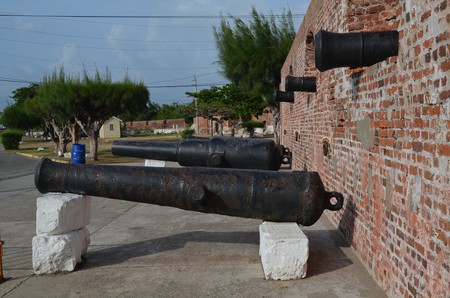 In the Montego Bay civic centre, in Sam Sharpe Square, is the Museum of St James which tells the story of western Jamaica from Taino times through to the development of modern tourism. The building is on the site of the historic Montego Bay court house where national hero Sam Sharpe was tried and hanged for his role in the rebellions of the 1830s. The original buildings, destroyed by fire in the 1960s, were restored and reopened in 2002. The museum is well worth a visit and is very popular with tourists — open every day except Mondays. Outside of the museum is a square of historic interest, containing a number of significant Georgian buildings. 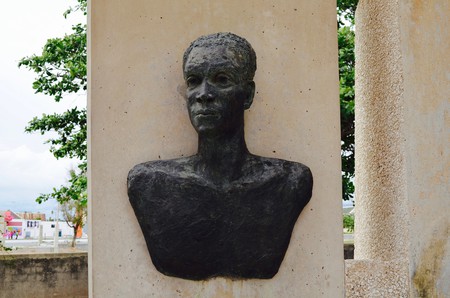