Montego Bay is Jamaica’s second largest city and one of the island’s most important tourist destinations. The city, known to locals as “MoBay,” has an array of restaurants catering to both local and foreign palates – here are 10 of the best. 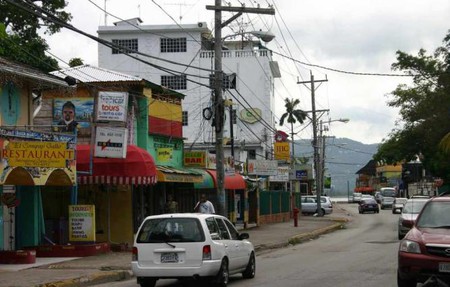 Everyone in Montego Bay knows The Pelican Grill. The restaurant has been open for more than 50 years, making it a landmark in the city. Located in an area known as the Hip Strip, it’s surrounded by a number of other restaurants, bars, and shops selling a variety of Jamaican-themed memorabilia. On most days the cloudless blue sky is a bright contrast against the orange painted exterior of the restaurant, while the interior reflects a vintage 1950s pub with brown leather booths and wood-paneled walls. Their specialties are, of course, Jamaican classics like stewed oxtail and a deep fried cassava flatbread called bammy. 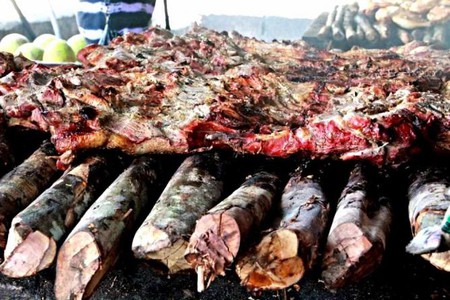 Montego Bay is the birthplace of the hugely successful Scotchies restaurants. With three locations around the island, and most recently, one in Belize, Scotchies has quickly become the jerk authority of the Caribbean. The recipe and technique is the same at every branch, and the owners have done a fantastic job in keeping each setting as close to the original as possible. Diners watch their food being smoked and cut right in front of them. You pick your seat under one of the many covered patios surrounded by palm trees and colorful bougainvillea bushes. Enjoy your spicy meal with a local favorite—ginger beer.

As the name suggests, you’ll be dining out on the water when you eat at The Houseboat Grill. Located in the Montego Bay Marine Park Fish Sanctuary, the restaurant offers a casual yet elegant dining experience for guests. Sit on the open deck above the restaurant for fantastic views of the sunset and the bay. The lights of the marina glisten in the crystal water while you dine on the freshest seafood available. The menu offers something different from traditional Jamaican cuisine, with flavors from East Asia and Europe taking precedence. If you’d like a pre-dinner cocktail, the restaurant is open for happy hour everyday between 5:30 and 7:00pm.

Sugar Mill Restaurant, located at the beautiful Half Moon Resort, provides one of Montego Bay’s most luxurious and romantic dining experiences. Ask to be seated outside in their beautifully lit courtyard, under the shade of the restaurant’s massive sea grape tree. You’ll be soothed by the sound of chirping cicadas and the gentle turning of the nearby waterwheel, set on the foundations of the Running Gut Estate, which dates back to 1676. The menu changes often but represents the melting pot of cultural cuisines that make up the Caribbean kitchen. Reservations are required, and we suggest making one as soon as possible. 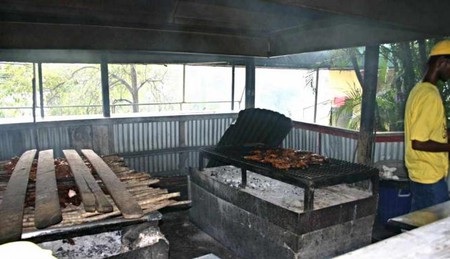 The Pork Pit is a Montego Bay establishment known for their mastery of jerk pork. In recent years, the restaurant has faced stiff competition from Scotchies, the other authority on jerk in the area. Everyone has a favorite, but locals agree The Pork Pit should not be overlooked. The restaurant worries less about appearance and more about the quality of their product. You won’t be served on a plate or have metal utensils—it’s Styrofoam containers and plastic at the Pork Pit. But what they lack in presentation is made up for in the tender, flavorful and succulent meat that always brings people back for more. It’s even been listed in travel writer Patricia Schultz’s New York Times bestselling book, 1000 Things To See Before You Die. 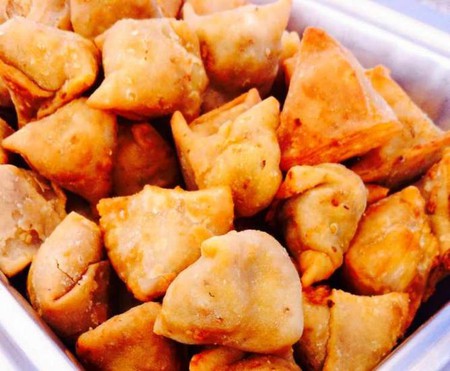 The migration of East Indians to the Caribbean has influenced the cuisine of many islands, including Jamaica. Rice and curry powder are staples in most, if not all, Jamaican households, and Indian restaurants are some of the most popular for international fare. One of the best in Montego Bay is Mystic India. The restaurant is beautifully lit and ornately decorated in gold, red, and white. Seating booths are covered in draped fabric, providing a little escape and privacy for an intimate dinner setting. The restaurant has an extensive wine list and takes special pride in their efforts to cater to vegans and vegetarians.

Round Hill Resort from across the bay | ©Wikipedia

The Grill at Round Hill Hotel and Villas

The Round Hill Hotel is perhaps one of Jamaica’s oldest and most iconic, having been host to celebrities like famed director Alfred Hitchcock and, more recently, actress Lupita Nyong’o. The best thing about The Grill is you don’t have to be a guest at the hotel to dine there. Located above the bar and terrace, it offers endless panoramic views of the ocean. The decor is elegantly minimalist, keeping with the hotel’s love for simplicity and colonial architecture. The restaurant offers two menus, both with exceptional offerings. The farm-to-table menu provides the best in organic, locally grow produce and grass-fed meats. No matter what you decide to order, your meal will be exceptional. Just make sure to save room for dessert. 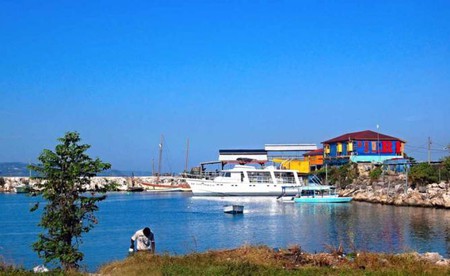 Pier One is the place to go if you want to go straight from dinner to dancing. There is always something happening at the Pier. As the name suggests, it’s right on the waterfront, giving diners open-air views of the marina, day or night. The restaurant serves a variety of seafood for the Jamaican and international palate. If you’re looking for a great deal, go on Sunday evenings for their special “Seafood Sundays.” On Wednesday and Friday nights the pier comes alive, as locals and tourists come for some of the best nightlife in Montego Bay. DJs and dance hall artists perform for the dancing crowds who stay well into the morning sipping rum-and-Cokes the whole night through. 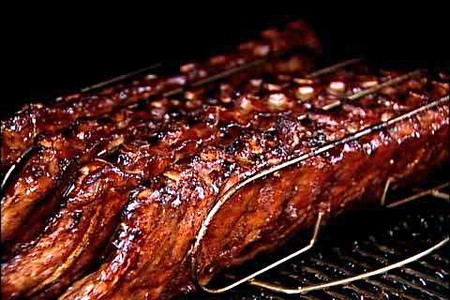 If you’re looking for a sports bar to watch the big game, Bigg’s BBQ is the place to go. You’ll find quality barbecue that rivals the best smokehouses in Texas, Kansas, and Mississippi. The checkered red-and-white tablecloths and the sounds of ESPN sports reporters will have you thinking you’re at an American barbecue joint. But just look outside the windows at the crystal blue ocean and you’ll remember you’re in Jamaica. The restaurant is known for their creative and massive cocktails that pair perfectly with their succulent pork ribs. After enjoying your meal, walk down the steps of the restaurant’s patio and right onto the beach.

The cozy, family-run MVP Smokehouse is located just off the main highway, a few miles outside of Montego Bay’s city center. Before the opening of the restaurant in 2012, the success of the owners’ signature jerk marinade convinced the Reid siblings to finally open a smokehouse. The restaurant is known for all things jerk, but they also cater to vegetarians and vegans. The menu is extensive, offering not only traditional Jamaican fare but reinvented international classics that still deliver the spice of the islands with every bite.