11 Notable Jamaican Writers You Should Know 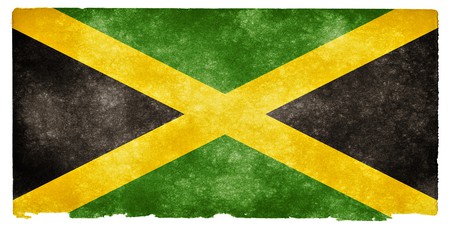 Jamaica’s profound pool of literary talent belies the island nation’s size and reinforces its importance as a cultural heavyweight within the Caribbean. The many writers, both novelists and poets, who have emerged from Jamaica over the years chart the history of the island, from the iconoclastic anti-colonial scribes, the post-colonial avant-garde to the contemporary generation of writers who depict modern Jamaica. 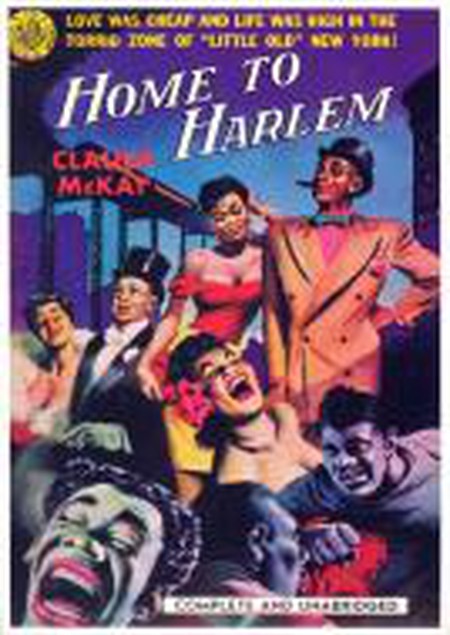 A seminal figure in the Harlem Renaissance, Claude McKay was a Jamaican-American writer who would become hugely influential with his politically charged celebration of African American and Afro Caribbean culture. He was born in 1889 in Clarendon, Jamaica and revealed his poetic abilities early, writing his first poems at age ten. He would publish his first book of poetry Songs of Jamaica in 1912, a lyrical depiction of his island which was written in Jamaican patois, his native dialect. He left Jamaica to study in the United States in the same year, and became rapidly disillusioned by the racism he encountered in the Southern states. He travelled widely in Europe before settling in Harlem where he became involved with the thriving society of intellectuals that was to go on to constitute the Harlem Renaissance. His work Home to Harlem celebrated the life of the area at the time, while also depicting the alienation and anomie that was a part of black urban life at the time. He remains widely read in both Jamaica and the United States, and he is recognized for his pioneering attempts at literary self-possession. 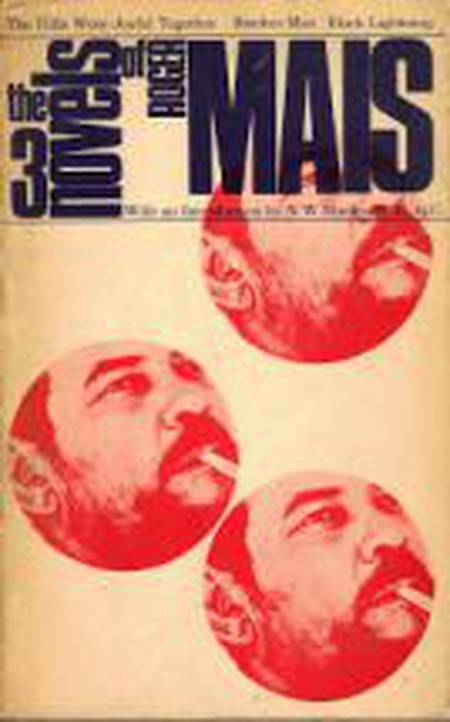 An influential figure who combined literary talent with nationalistic fervor to profound effect, Roger Mais inscribed the budding anti-colonial sentiment of Jamaica in his works, and in doing so fostered its growth. He started publishing fiction in the early 1930s following several years as a journalist and became involved in The People’s National Party independence movement at the same time. He published a series of pro-independence essays and stories during the next few decades, which eventually led his to be arrested for sedition and imprisonment for six months. Following independence his works were celebrated and new novels such as The Hills Were Joyful Together and Brother Man offered intriguing perspectives on Jamaican society and social ills. He is remembered as an icon of Jamaican literature, who offered a fearless depiction of the inequality and suffering of colonialism. 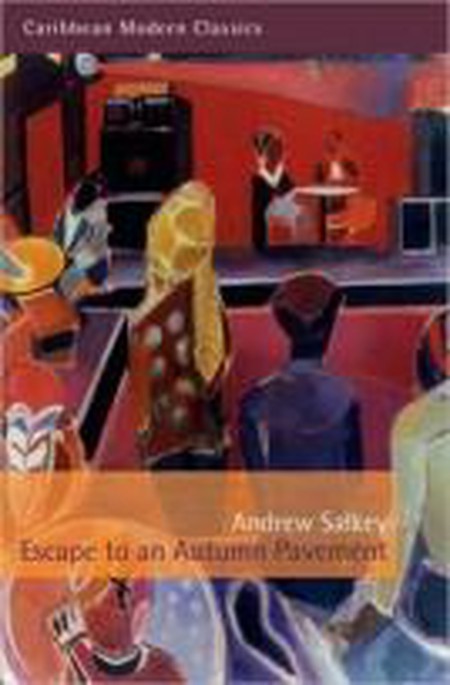 A novelist and poet who was a part of the generation of Caribbean writers who came to prominence in the 1950s, Andrew Salkey remained a leading figure within Caribbean literature until his death in 1995. He was an editor and broadcaster as well as a writer and spent much of life promoting the work of young Caribbean writers and artists, either through the anthologies which he often worked on, or through the work of the Caribbean Artists Movement, or the Bogle L’Ouverture Publishing house. One of his primary forms of advocacy for young writers was his work for the BBC’s Caribbean section, where he would often promote the voices of writers such as Sam Selvon and George Lamming. He published novels, stories and poems throughout his career and is remembered for acclaimed works like Hurricane, Riot and Drought. 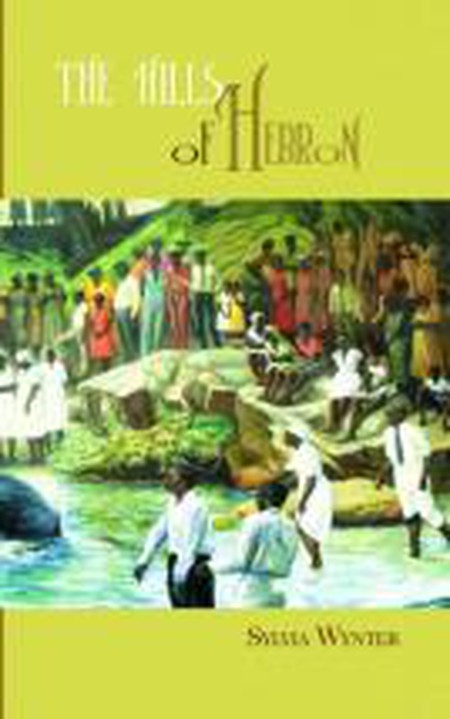 A pioneering figure in postcolonial critical theory as well as a leading Jamaican writer, novelist, and dramatist, Sylvia Wynter remains an influential figure within Caribbean literary and scholarly circles. Born in 1928, she was particularly active in the 1960s during which time she published a succession of literary and critical works which attempted to establish and celebrate and indigenous tradition within the Caribbean. She also published her only novel, The Hills of Hebron, during this period. This was written on the cusp of Jamaican independence from Britain and was a groundbreaking portrayal of an anti-colonial community in which Afro-Caribbean religious and cultural practices are embraced. It was an early manifestation of what would come to be known as post-colonial literature, and marked Wynter out as a leading figure in Jamaican literature. She went on to devote herself to academia and published numerous essays and critical works reporting on the state of Caribbean identity and cultural politics. 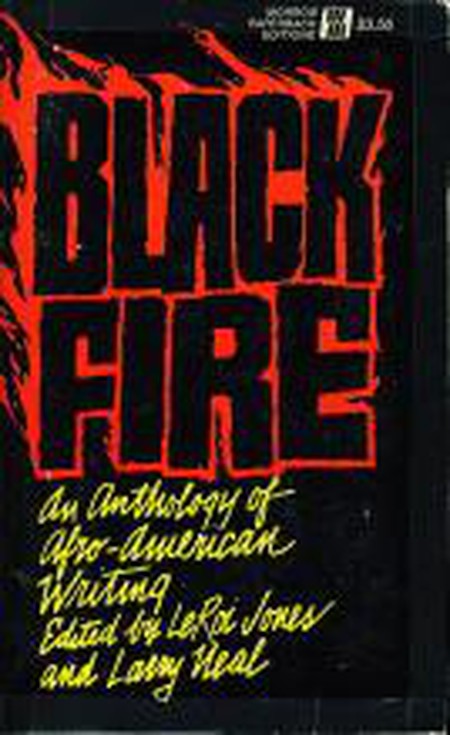 A Jamaican-Nigerian novelist and poet who was a leading member of the cluster of radical literary figures who emerged in the 1960s and 70s, Lindsay Barrett was an experimental writer who was committed to progressive causes. He was born and raised in Jamaica before moving to London in his early 20s, where he worked as a freelance journalist, notably collaborating with the Transcription Centre, which helped promote African writers in Europe. He subsequently lived in Paris where he would become associated with black poets and artists such as Langston Hughes. He published his first novel Song for Mumu in 1967. This experimental work was written as a prose poem which utilized the oral traditions of African culture to great effect. Barrett moved to Nigeria following the publication of this novel and developed his literary career in West Africa. He published a series of novels and poetry collections, and continued to experiment with literary forms and African traditions. 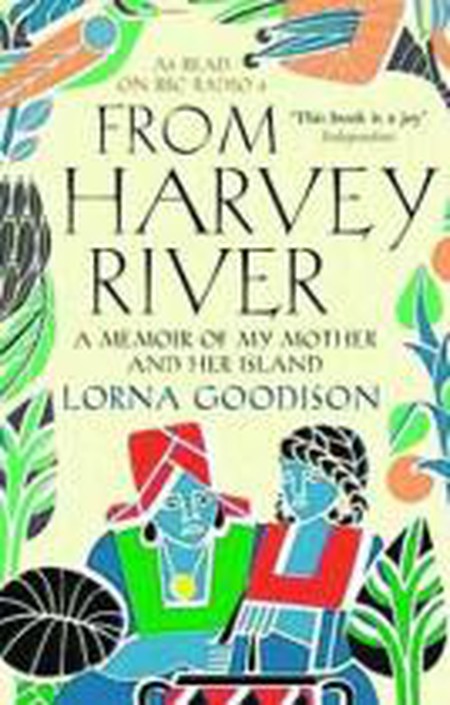 An influential poet and academic, Lorna Goodison has been cited for her literary inscription of Jamaican culture, as well as her interrogation of the complex social and political history of this island nation. Her work often evokes themes of homelessness, exile and nostalgia, and resonates with the idea of a lost African homeland which haunts Caribbean societies. She was born in Kingston in 1947, and began to write for the Jamaica Journal before entering into a career as an academic and poet. She has been widely acclaimed for her work and has won numerous awards including the Commonwealth Poetry Prize, the Musgrave Gold Medal from Jamaica, the Henry Russel Award for Exceptional Creative Work from the University of Michigan, and one of Canada’s largest literary prizes. Her poetry has been included in numerous anthologies and she has also published several short story collections and a memoir, From Harvey River, which explores her identity as a Jamaican, and her struggles to define herself as a poet and an individual. 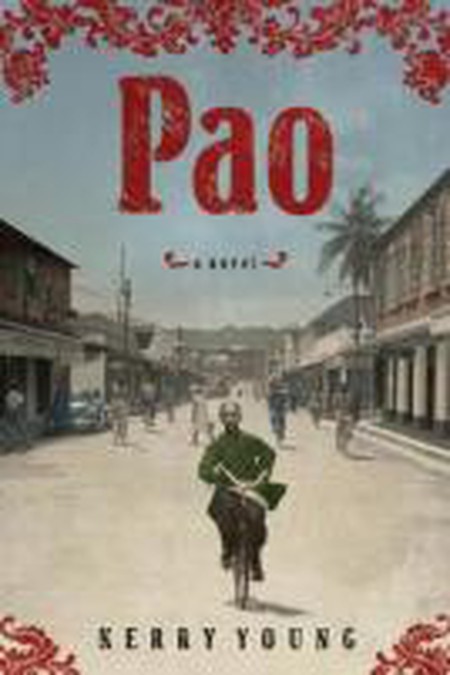 A unique voice in Jamaican literature, Kerry Young’s works look at the island’s multicultural society, and particularly focus on the Chinese community amongst which Young herself was raised. Young is the daughter of a Chinese father and a mother of mixed Chinese-African heritage who came to Britain from Jamaica as a young woman. Her first novel Pao is a deeply autobiographical story set amongst the Chinese community of Jamaica and illuminates the little known story behind this community’s immigration to the Caribbean. The complex stratifications of race, culture and class which define Jamaican society and which the Chinese community embodies in their own particular way. It is also a loving recreation of the Jamaica of Young’s youth, as the chaos and celebrations of Kingston are revealed in all their glory. Young’s second novel Gloria again returned to Kingston and to the Jamaica of her youth, and weaves an intriguing tale of criminality and betrayal within multicultural Jamaica. 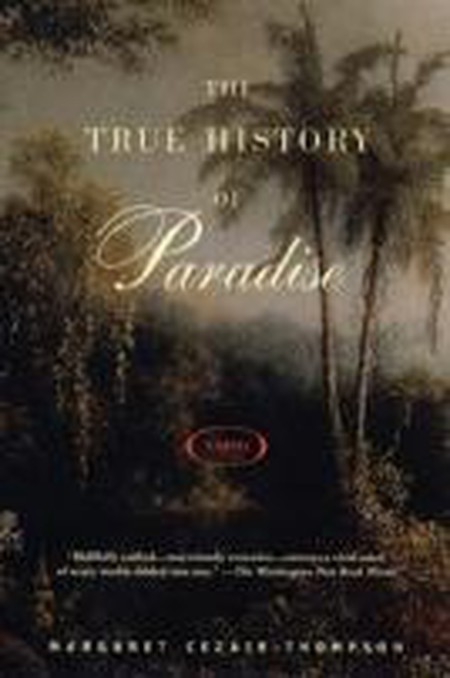 A writer who has helped define Jamaican literature for a new generation, Margaret Cezair-Thompson has won numerous accolades during her career for her perspicacious depictions of Jamaican history and culture. Her works combine a nuanced sensitivity to the shifting terrain of history, memory and identity with an ability to convey subjectivity and individual perceptions of marginalized peoples. She is also highly attuned to the natural landscape and her books are resonant evocations of what living in Jamaica is really like. Her first novel The True History of Paradise follows Jean Landing as she flees her native Jamaica for the USA, and suffers from the homesickness and nostalgia experienced by all exiles. It was shortlisted for the International IMPAC Dublin Literary Award in 2000. Cezair-Thompson’s second novel, The Pirate’s Daughter is an attempt to depict colonial Jamaica, and was awarded the Essence Literary Award for Fiction 2008. 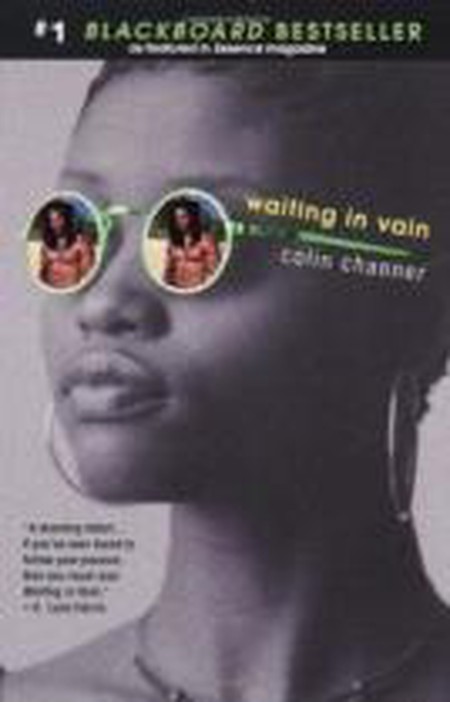 Once referred to as ‘Bob Marley with a Pen’, Colin Channer perhaps cultivated this comparison with Jamaica’s most famous son by naming his first two novels after Marley tunes: Waiting in Vain and Satisfy my Soul. However he has developed a reputation for his elegiac fables which evoke Jamaican life and society and take a bittersweet look at cultural exchange amidst the diverse Caribbean islands. He has also become an influential figure within the Caribbean literary world because of his work with the Calabash International Literary Festival Trust, which aims ‘to transform the literary arts in the Caribbean by being the region’s best-managed producer of workshops, seminars and performances’ and which has promoted the work of many young writers in the islands. 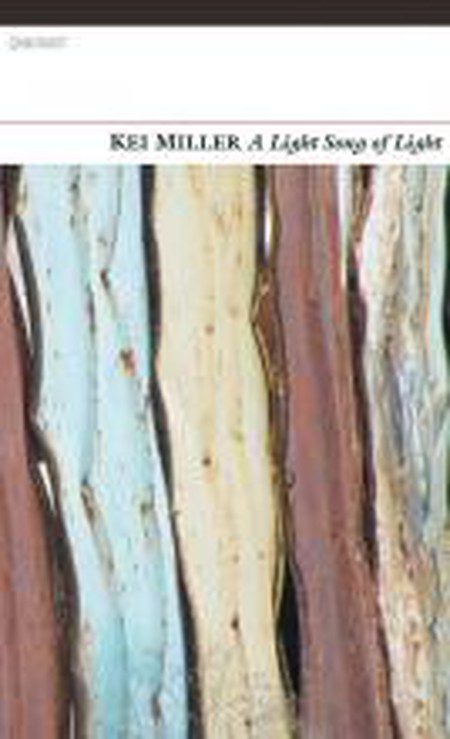 A poet and writer, Kei Miller has gained an international following for his lyrical depictions of cultural exchange and the often slippery nature of identity. His works are notable for their lightness of touch and their ability to evoke the strangeness of modernity through close attention to seemingly mundane details, while remaining deeply empathetic portrayals of the cultural loss which necessarily accompanies emigration and modernity. Miller divides his time between Kingston and Glasgow, where he teaches creative writing. His experience of the multicultural UK has inspired some of most effective poetry, such as In This New Country, from There is an Anger that Moves, which explores the surreal experience of a Jamaican arriving in the ‘reverse colonized’ UK: ‘Walking through Peckham / in London, West Moss Road in Manchester, / you pass green and yellow shops / where tie-headwomen bargain over the price / of dasheen’. 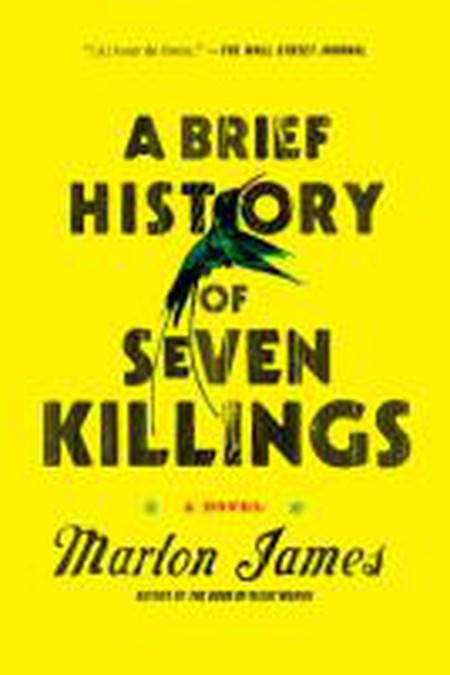 Marlon James is the author of three novels, with his most recent winning the 2015 Man Booker Prize. As the first Jamaican recipient of the prize, James is making a name for himself as one of the most important and exciting contemporary writers to come out of the island nation. His works are an expression of Jamaica’s violent past, from The Book of Night Women‘s account of an early 19th-century slave revolt, to the attempted assassination of reggae singer Bob Marley during the savage political landscape of 1970s and 80s Jamaica in A Brief History of Seven Killings. His winning novel has been credited as extraordinary, dizzying, violent yet full of humor; its controversial subject matter and application of multiple narrative voices certainly demonstrate James’ tireless ambition and talent. James currently lives and works in Minneapolis, writing about his native Jamaica with the experience of an expat.