Jimmy Cliff’s ‘The Harder They Come’: From Kingston to the World 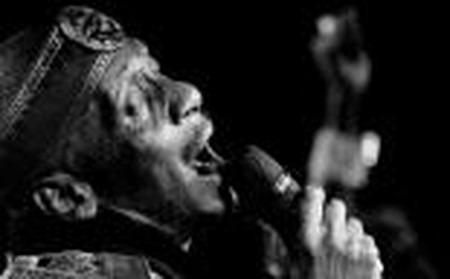 Jamaica became an independent country in 1962 and just ten years after that, Perry Henzell wrote and directed the cult-classic film The Harder They Come, which captured the essence of Jamaica and popularized Jamaican music across the world.

Widely accredited as the most significant film to have come out of Jamaica since its independence, The Harder They Come was the first full-length film shot in Jamaica with a full Jamaican cast and director, and went on to show the world the harsh realities of exploitation and crime in the country’s capital, Kingston. It tells the story of Ivan Martin, played by Jimmy Cliff, a young country boy who moves to Kingston to make a living as a singer. Depicting social difficulties and tensions in the 1970s, it charts the rise and dramatic fall of Ivan into a life of drugs and violence as he attempts to get by. Throughout, the struggles of Ivan’s life are sound tracked by some of the most well-known reggae acts, including Toots and the Maytals, Desmond Dekker and the Aces, and Cliff himself. Its continued success is reflected in the musical of the same name, which premiered in 2006, and in the 2012 remake of the film.

Perry Henzell had set out to make three films about Jamaica, but after The Harder They Come he continuously ran in to funding problems. He had planned to make one about the city of Jamaica, in this case Kingston, one about the countryside, where Ivan had originally come from, and a third film discussing and depicting the struggle between the two places. No Place Like Home became an ongoing project for him, which he worked on from 1973 until the end of his life. It was eventually screened in Jamaica on the 1st of December 2006, the day after Henzell’s death. In between these projects, he wrote the novels Power Game (1982) and Cane (2003). Despite his own attempts to re-make or write a sequel to The Harder They Come, it is actually his daughter, Justine Henzell, who will be co-producing the re-make alongside Trudie Styler. Henzell’s success as Jamaica’s most significant director is all the more marked as it is based on The Harder They Come alone, a tribute to his work and the influence of the film on Jamaica’s worldwide representation.

As well as promoting reggae across Europe and the USA, The Harder They Come also dramatically raised the international profile of Jimmy Cliff. The reggae legend played the part of Ivan, and recorded several songs for the bestselling soundtrack, including the title track and ‘You Can Get It If You Really Want’. Already known and celebrated by such artists as Bob Dylan, Cliff’s part as Ivan boosted him as a true reggae star. His importance to Jamaican culture has been recognized by the Jamaican Government, who awarded him with the Order of Merit, the highest honour granted for achievements in arts and science.

Cliff’s long and prolific career began when he was just 14, when he released his first hit ‘Hurricane Hattie’ in Jamaica and has included highlights such as being inducted into the Rock and Roll Hall of Fame in 2010 and winning a Grammy Award for Cliff Hanger in 1985. Years after his first hit, he has worked with some of the biggest names in the music industry, including The Rolling Stones, supplying backing vocals to their album, Dirty Work and Annie Lennox, who collaborated with him on his album Fantastic Plastic People. His most recent album, Rebirth was released to great acclaim in 2011, certifying him as one of the most successful artists in Jamaican history. His influence in his role as Ivan Martin lives on, with plans for him to both star in the re-make and yet again contribute some of his heavily Jamaican style reggae to the soundtrack.

The cultural significance of The Harder They Come is still great today, and has made national legends of its two stars, director Perry Henzell and actor and singer Jimmy Cliff. Both Cliff and Henzell changed the national representation of Jamaica and spread their vibrant music and culture across the world.