A revolutionary figure and a global superstar whose musical and spiritual allure, over three decades after his passing, remain undiminished, Bob Marley brought Jamaican reggae into every Western household. In his old neighborhood and former homes, where the ska, reggae, and rocksteady genres were born, the cultural heart of the island beats the strongest. 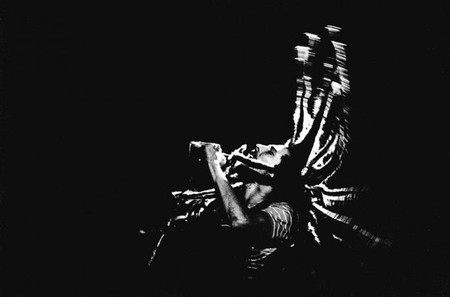 From Jamaica to the World: The Voice That Sang The Songs of Freedom

The director of the recent biopic, Marley, Kevin McDonald describes Jamaica as a ‘magic kingdom… A world where anything is possible’; which is certainly evident in the eternal music of Bob Marley. What he made possible when he started releasing his first studio records in the 1960s with the Wailers, was to make people all over the four corners of the world discover the ska, rocksteady and reggae rhythms that brought the poor neighborhoods of this paradisiacal corner of the Caribbean to life. From the loving sway of ‘Jamming’ and ‘Stir It Up’ to the tear-jerking rebel ballad ‘Redemption Song’, Marley’s charisma captured the Jamaican spirit, with a universal heart, and turned him into an unlikely rastafarian prophet for the less fortunate and the oppressed. Comprised of heart-warming rhythms of songs such as ‘Is This Love’ and ‘Could You Be Loved’, or the nostalgic ‘No Woman, No Cry’, the greatest hits collection Legend (1984) was released three years after his death and reached 25 million sales worldwide. 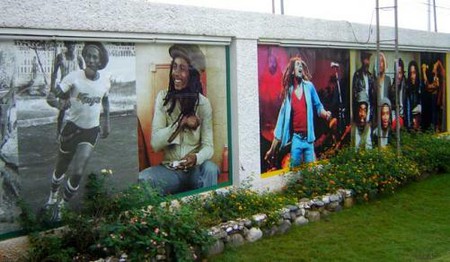 Trench Town Culture Yard Museum: Return To The Birthplace of Reggae and Ska

Kingston’s Trench Town, were the trademark ska, reggae and rocksteady rhythms of Jamaica took shape, is way more than just Marley’s old neighbourhood: From The Wailers Peter Tosh and Bunny Wailer, to Dean Fraser and Toots & The Maytals, the who-is-who of Jamaican sound met there. At 6 & 8 Lower First Street, where the Trench Town Culture Yard Museum is now located, Marley learnt to play the guitar thanks to the mentoring of the ‘community leader’, songwriter Vincent ‘Tata’ Ford. Together, they co-wrote the now famous ‘No Woman, No Cry’, reminiscing on life in Trench Town. It is also while living there that The Wailers were formed and they recorded Catch A Fire. The museum, containing objects, furniture and instruments used by Marley, is a return to a modern icon’s humble beginnings, where the truly authentic Jamaican experience began.

The Bob Marley Museum: From The Trenches to Hope Road

When the success of his early records, Marley and his family moved to 56 Hope Road, in a 19th century construction that was converted into the Bob Marley Museum six years after his death in 1981. Take a closer look at the musician’s daily life in a guided tour through personal treasures and memorabilia, as well as other local items that allow a wider perspective on his background. An 80-seat theatre complements the space, along with a photographic gallery, a gift shop for souvenir T-shirts and the Legend Cafe, with Ital and Jamaican variations that will give visitors a fuller taste of the local culture. 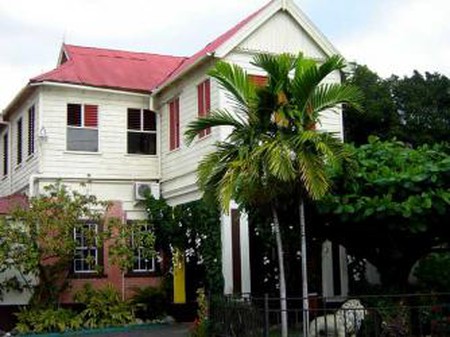 In Search of Identity: Marley On The Big Screen

Directed by Academy-award winning Scottish director Kevin McDonald, Marley, a detailed biographical portrayal of the musician’s larger-than-life persona, enhanced by the people that were closest to him, was released in April 2012. McDonald decided to focus, above all, on Marley the man, his personal struggles with his mixed-race background, keeping him a perennial outcast as a boy and a grown-up on the island, his love of women and his involvement with the Rastafari movement, symbolized by his iconic dreadlocks (‘yeah, this is my identity’). The director unearthed the flaws that made him human, a person the masses could really identify with, and look up to. Despite his newfound wealth, Marley knew what he kept close to his heart: ‘My richness is life.’