How to Spend 48 Hours in Kingston, Jamaica 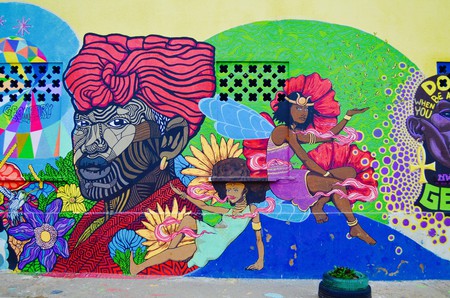 Many visitors to Jamaica don’t stop in Kingston, instead heading to the north and west coast beach resorts, but they’re missing out. Kingston is the beating cultural heart of Jamaica. It’s where entire music genres are born; it’s where the nation’s best art is displayed and where its national heroes are celebrated. It can be loud, it can be edgy, but Kingston has an unmistakable energy that rewards those prepared to embrace it. Here’s how to spend 48 hours in Kingston, Jamaica.

Start each day by building up those energy reserves at one of Kingston’s favourite breakfast spots. For a delicious Jamaican-style breakfast, head to Susie’s Bakery on South Avenue. Order Jamaican staples such as ackee and saltfish or mackerel rundown. If you’re after something lighter, head to Eleni’s Bakery at Sovereign North shopping centre for some of the finest pastries and bread in Kingston — enjoy with a Marley Blue Mountain coffee. 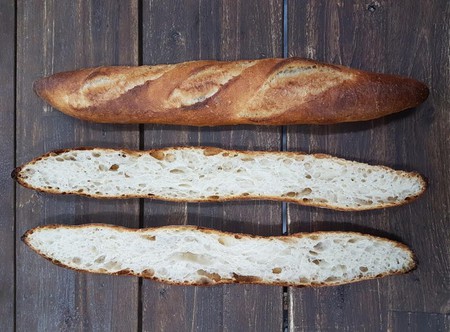 Spend the morning at the Bob Marley and Peter Tosh museums

After filling up on breakfast, spend the morning learning about the icons of reggae. Both the Bob Marley and the recently opened Peter Tosh museums are worth a visit for any fan. Reggae was born in Kingston, and a visit to these two museums will teach you all you need to know about the golden years. The long established Bob Marley museum is situated in Marley’s former home and offers well-practised tours. 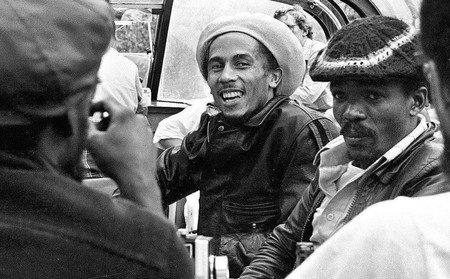 Stop for an ital lunch

After a morning learning about the legends of reggae, what better way to prolong the Rastafarian mood than to head to a genuine Rasta ital restaurant? Veggie Meals on Wheels, located in Regal Plaza, Cross-Roads, is mid-way between uptown and downtown Kingston. This atmospheric little oasis serves the best ackee and banana strips in Jamaica, along with a range of other delicious vegetarian ital food.

Take in some art during the afternoon

Time to switch it up a bit from Rasta to Master — continue downtown to the National Gallery which has outstanding collections by Jamaica’s greatest master artists. Sculptures by Edna Manley are sublime, as are those by Mallica ‘Kapo’ Reynolds, one of Jamaica’s greatest intuitive artists. The ‘art in Jamaica’ permanent exhibition effectively tells the history of Jamaica from Taino through Spanish and English domination — but it is really the 20th-century Jamaican artists that convey the Jamaican spirit. Leaving the National Gallery, but staying downtown, it’s time to take in some street art at Fleet Street. This otherwise unassuming and ‘typical’ downtown residential street was given an artistic facelift by the Paint Jamaica collective. Outstanding murals cover the walls of this previously rundown area, providing colour and energy and a positive message of community. 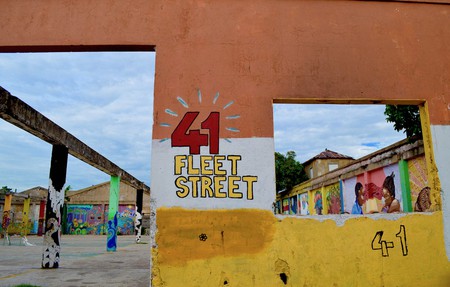 Head out for jerk in the evening

End the first day in Kingston with a genuine Jamaican culinary experience at one of the city’s top jerk joints. The jerk chicken and pork in Jamaica is exquisite — seasoned and smoked over sweetwood, the meat is tasty and tender and carries quite a kick. It’s best enjoyed with some fried breadfruit, plantain, bammy or festival and washed down with a cold Red Stripe beer. Two of the best venues are JoJo’s Jerk Pit on Waterloo Road and Pepperwood (formally Scotchies) on Chelsea Avenue. 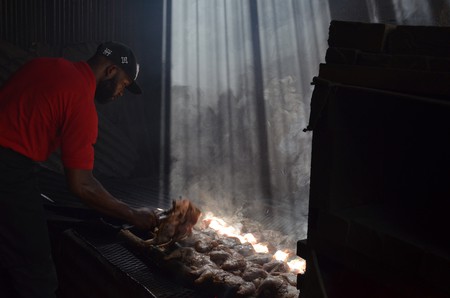 Take a walk around the Botanical Gardens

After breakfast, head along Hope Road to the Hope Botanical Gardens. Approximately 200 acres of peaceful gardens are best enjoyed in the morning before the day gets too hot. The Blue Mountains form a spectacular visual backdrop to this quiet space. A new Chinese garden is an interesting addition and the zoo can be found to the rear of the gardens. 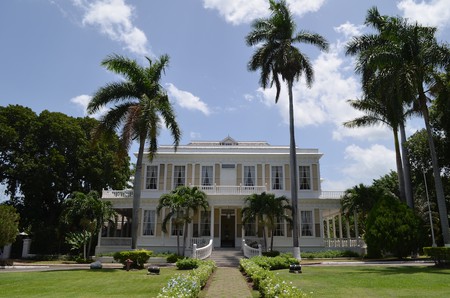 Eat the best patties in Jamaica for lunch

The Jamaican pattie is a lunchtime staple — these delicious meat-filled pastry snacks are filling and cheap. While the big chains such as Tastee and Juici dominate the market, the best patties can be found at The Brick Oven on Old Hope Road, not too far from Devon House and tucked in next to TGI Friday.

The Blue Mountains, home to the eponymous coffee, dominate the skyline from almost every part of Kingston. They are also closer than you might think. A 45-minute drive up the winding, incredibly scenic road from Papine reaches Holywell Park at 3000ft above sea level. Holywell is the largest recreational area in the UNESCO World Heritage Site of the Blue and John Crow Mountains National Park. There are a number of marked nature trails and an information centre. On the way back down the mountain, be sure to stop at EITS Cafe — this rustic venue serves farm-to-table food and drinks with a spectacular view of the mountains. 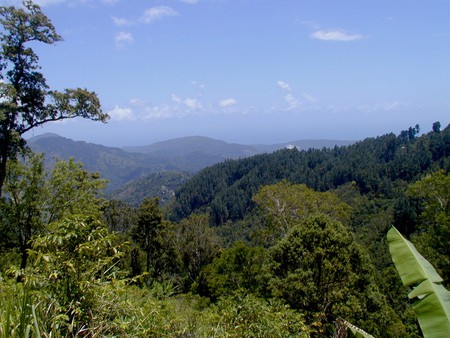 Pick up some real reggae music and Rastafarian souvenirs

On the way back down the mountain, and just before arriving back at Papine, lies the Mount Debre Zeit Records and Variety Store. This small boutique is a cornerstone of the local Rastafarian community. Operated by Ras Haile Malekot, the store sells genuine Rastafarian items and local reggae music records. In fact, this is probably the best place in Kingston to find the latest local reggae recordings. Ras is also a radio DJ with a regular show on Bess FM and personally knows many of the musicians. 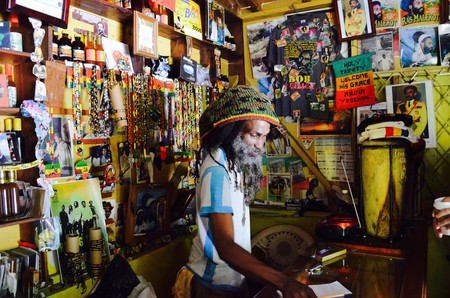 After dark, drive up to Skyline Drive which offers spectacular nighttime views across Kingston and head to the best music venue in Kingston: Kingston Dub Club. The Rastas that operate the club play roots reggae on their legendary sound system to an eclectic crowd of locals and internationals.