Jamaica’s history can be found all throughout the streets of Kingston, whose buildings reflect the impact of colonization and modernization of the Caribbean. From colonial plantation houses to vernacular structures and contemporary architecture, Culture Trip takes a closer look at Jamaica’s architecture. 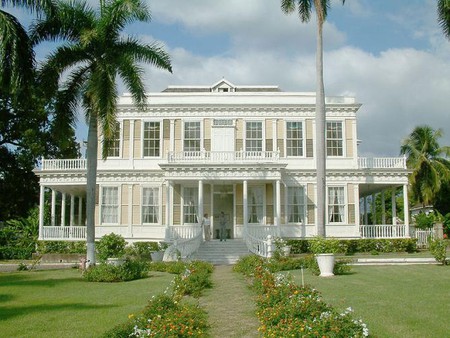 Few buildings remain from Jamaica’s pre-Columbian era, when buildings were made from wood and other local materials unable to withstand the passage of time. But this perishable style of building went out of fashion during Jamaica’s colonization by the UK; Jamaican planters wanted to showcase cultural loyalty to England, and therefore British contemporary architecture was adapted to the tropics. The obsession with British motifs led to the creation of an architectural style marked with elegance, a style that initially adopting Georgian models modified to suit the country’s climatic conditions.

Jamaica’s architectural style evolved to include adaptations of baroque and neoclassical styles, before eventually moving on to experiment with post-modern architecture. Today, almost all Jamaica’s sites of architectural interest are located in the capital, Kingston, but it is also possible to spot many sugar plantation mansions spread across the country.

Jamaican Georgian Architecture: A Touch Of Elegance On The Island

From the 1750s until the 1850s, Jamaican Georgian architecture was the most popular style in the country. It combined the elegance of British Georgian architecture with functional objectives appropriate to tropical climate; built to withstand heat, earthquakes, humidity, hurricanes, and insects. Some common features to this style include balustrades, ornate and deep fascia boards, contrasting lattices, and pineapple shaped finials located above roof-lines and cornices.

Jamaican Georgian quickly became the default style across the island, and was used to design major public buildings, from railway stations to simple domestic houses. Individually, houses differed according to the architect’s personality and the owner’s taste and wealth. In contrast to other houses in the English-speaking countries of the Caribbean, Jamaican houses were elevated using stilts or pilings to give room for air circulation. This was an effective technique to prevent rot; to keep the ground floor cool; and to prevent insects, rats, scorpions, and snakes from entering living areas. Devon House in Kingston is a classic example of Georgian style architecture, with its neoclassical form, symmetry and wide, sweeping stairways. 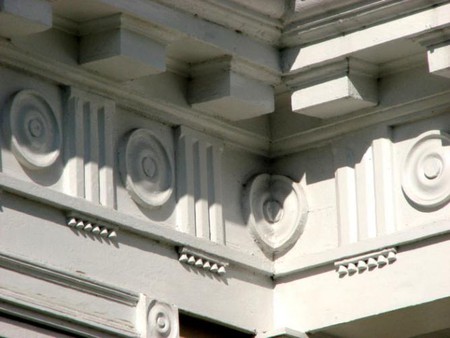 In the 18th century, however, not everyone could afford to build houses in the Georgian style. When the owners’ incomes were low or the construction sites too demanding, smaller and less fancy houses were built in a style that was more appropriate for the situation. The Jamaican vernacular architectural style was common among tenant farms and servants (many of whom fled to Scotland after the Clearances), but also among the children of freed slaves. These houses were typically positioned in a way to prevent kitchen smoke from reaching the living areas and had very large inner spaces, much like the bothies of 18th century Scotland. Even today these houses attract the attention of architectural critics as they are very well designed, appropriately placed, and make intuitive use of interior space.

Nearly all Jamaican houses have their verandas and porch roofs attached to the principal body of the house; in areas that are more prone to hurricane attacks, a carpenter with some experience would purposely not connect the house’s roof beams to the beams of the porch. This is a technique that prevents the destruction of the house when it is hit by a hurricane, as porch roofs tend to get destroyed. Consequently, a porch roof in Jamaica tends to be built separately, and only loosely attached so that it does not play a vital role. Until the 1930s, mahogany shingles were used to cover the roofs, but were then replaced by cedar shingles from Canada as they became more available.

From the mid-1800s onwards, the British immigrants were joined by a wider range of incomers, and architectural styles slowly began to change. The Spanish in particular brought with them a taste for large balconies and verandas, a legacy which can still be seen all over the island today. But as the climatic conditions in Jamaica were not the same as in Europe, the incoming styles had to be adapted for tropical weather. 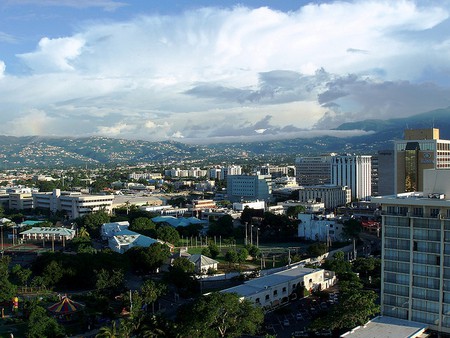 Kingston, Jamaica |© Nigel Durrant/Flickr
As the 20th century matured, modern building techniques and materials entered the country. The construction of various tall buildings naturally followed, as did the construction of commercial complexes. Architects during this era drew their inspiration from the very thick walls, and much smaller windows of the island’s British forts. To a certain extent, the buildings were also of post-modern style. Some commercial structures trace their inspiration to the international style, which was very popular in the industrial world after the Second World War. For the construction of hotels and private houses, architects drew their inspiration from the existing Georgian houses and also from the wooden cottages that are still standing today.

Many talented Jamaican artists work around the world. Vayden McMorris, who started practicing as an architect in the mid-1950s, is considered to be the one architect to have promoted and nurtured young local talents. The work of McMorris can be appreciated during a stroll around Kingston, as many Kingston towers were designed by him, including the Panjam building, the Doyall building, the Citibank building and the head office of the Victoria Mutual Building Society.

Ethnically Chinese Jamaican architect, Wilson Chong, designed one of the most visited buildings on the island, the football stadium. Chong is recognized as “the master of the shell-shaped concrete curve,” a style which stood him in good stead during the concrete-loving 1960s. The grandstand of the Marley Racetrack, 23 miles from the capital, is one of his most dramatic works, particularly because of the triple cantilever, something of an engineering marvel.

After Chong came H. Denny Repol, one of the most successful Jamaican architects, whose firms have been responsible for the design of large hotels along the island’s tourist-busy north shore. In the 1980s, Repol was also the architect behind the construction of the Jamaica Tourist Board’s administrative headquarters in Kingston. He also built the Life Of Jamaica Head Office Building, which has four floors of concrete sheltering an atrium holding a bridge and thousands of beautiful plants.