Everything You Need To Know About The Jamaican Patty 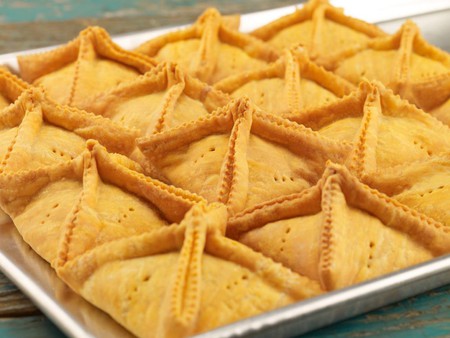 Almost every nationality has a form of patty – a pastry shell containing a combination of meat or vegetables. South Asians have the samosa, Puerto Ricans the pastelillos, the Greeks the spanakopita, and the English the Cornish pasty. What they all have in common is that they’re filling, compact and easy to eat – a sort of traditional fast food. The Jamaican patty is the most popular convenience food in Jamaica. Usually eaten on the go, straight from the paper bag, they are affordable and available everywhere.

In many ways, the Jamaican patty is a culinary expression of the history of the Jamaican people. A derivative of the Cornish pasty, brought to the Caribbean by British colonialists, it was soon enhanced by the African and Indian people also in the Caribbean. The Indian influence can be tasted in the usually curried filling, and the Cayenne pepper speaks of Africa. Often a Jamaican patty will also contain the ubiquitous scotch bonnet chilli pepper – a favourite ingredient in many Jamaican recipes. From these multicultural roots, the Jamaican people made the patty their own. It is now a staple food of many busy Jamaicans and is most popular at lunch time.

As more and more Jamaican people moved for work opportunities to the UK, America and Canada in the 1960s and 1970s, the patty went with them. The humble patty was forever introduced to the world and can now be found in West Indian restaurants and grocery stores wherever there is a Caribbean community. Every August, New York even holds a National Jamaican Pattie day – now that’s serious patty love! The Jamaican and Caribbean diaspora in London have long been tucking into patties too, and they are available locally in neighbourhoods across the British capital. It doesn’t stop there; the Jamaican Patty Company opened its first store in 2013 in London’s Covent Garden and patties are now available to buy frozen in supermarkets across the UK. 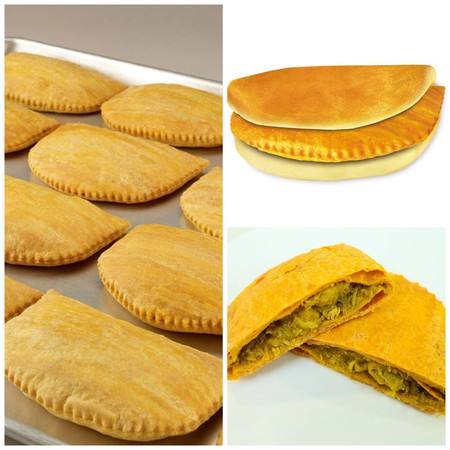 Across the Caribbean, patties are considered the ultimate street food. Cheap and delicious, they’re served warm and contain a spicy filling of either ground beef, chicken, goat, pork, lobster, shrimp, vegetable and even Jamaica’s national fruit, ackee. Rastas even have their own version aptly name the ‘yatti’. The key seasoning is the Jamaican bonnet pepper which gives that spicy kick. In Jamaica, the patty is more than a snack: it’s a filling breakfast or lunch and can even be eaten for dinner. Sandwiched between two pieces of coco-bread, which is said to bring out the flavour of the patty, this carb loaded meal will sate the hungriest of diners. Fast food outlets serve patty combo meals. A patty with a side of yam or plantain is guaranteed to sate even the biggest appetite. Such is the popularity of this fast food, there are even drive-thru patty restaurants.