An Introduction To Dub In 10 Songs 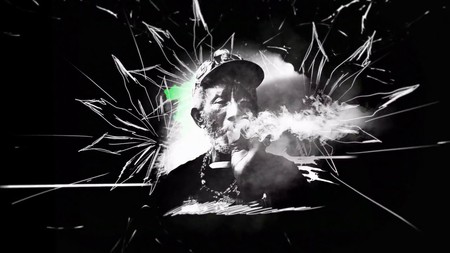 Another gift from Jamaica to the world, dub started life as a sub-genre of reggae in the 1960s. Quickly growing into a genre in its own right, dub went on to influence almost every significant new music movement since its inception. Dub music is traditionally made by making a copy of an original track, stripping it back to its fundamental riddim by emphasising the bass lines and taking out the vocals. This is then augmented with a combination of effects characteristic of the dub genre: echo, reverb, vocal samples etc. No list can capture the true scope of dub, but let’s make a start. Culture Trip brings you an introduction to dub in 10 songs.

The title song from one of the first ever dub albums, this was originally only available in Jamaica and on a limited release of only 300 copies. The album has endured as a landmark recording and was reissued in 2012, which speaks to its timeless quality. Lee ‘Scratch’ Perry, born in Jamaica in 1936, won a Grammy in 2002 and was named by Rolling Stone Magazine as one of its Top 100 Artists of all time.

Heavy on the bass and drum, Hudson was an idiosyncratic artist who rebelled against the conventions of the time. This track is raw and brave, and features some of the most noted musicians of the time, including the original Wailers rhythm section. One of the greatest dub sets ever.

Recorded at Randy’s in Kingston and released in 1976, the late Pablo produced the album which gives its name to this track. The title track, King Tubby Meets Rockers Uptown, has been re-released in many different versions over the years on a number of different labels. King Tubby is credited with virtually inventing the dub sound. This remains one of the greatest dub tracks of all time.

Michael George Campbell, aka Mikey Dread, started out working for the Jamaica Broadcasting Corporation in 1976. Growing bored of their playlists, he started his own radio show called Dread at the Controls playing reggae. Fast Forward Dub is from the album Dread At The Controls – Dubwise and is unique for sampling goats, chickens and seagulls. Guaranteed to bring a smile to your face, Mikey Dread’s riddim brought him to the attention of some of the biggest music acts of the time such as The Clash and established him as one of the most prominent London Dub proponents.

Neil Joseph Steven Fraser, aka Mad Professor, was one of the leading lights of the second generation dub artists. A true innovator and prolific artist Mad Professor is credited with spreading the influence of dub through his many collaborations. Dub me Crazy, one of this Guyanese born artist’s earliest tracks, is a landmark recording from dub’s second wave. Mad Professor was a disciple of Lee ‘Scratch’ Perry, and a worthy one at that.

It is almost impossible to pick one track from Jah Shaka’s outstanding discography. The artist, who took his name from the Rastafarian Jah for God and the zulu ruler Shaka, has a high energy ‘Warrior style’ that gained him a loyal following. Based in London, Jah Shaka remained true to his own soundsystem roots as others moved towards dancehall. The Commandments of Dub series stands out as a testament to artistic integrity from one of the dub greats.

Young Warrior, son of Jah Shaka and a dub legend in his own right, bridges the generations with a modern sound that acknowledges his roots. After many years as a producer, Young Warrior launched his own sound system in 2011 to critical acclaim. 10 Steps To Africa keeps us walking on our dub journey. This track from the Young Warrior Presents Dub Box album has a hypnotic quality that will draw you in.

A landmark for this Dub band from Vienna, formed in 1988, Dubblestandart are one of the leaders of the 21st-century dub movement. Taking Jean-Michelle Jarre’s Oxygene part 4, and producing a reggae edit with one of the all time great dub legends Lee ‘Scratch’ Perry, is a work of genius.

This Costa Rican act is another of the 21st-century dub innovators. Mixing roots style dub with modern influences from hip hop and electronica, Moonlight Dub Xperiment remain true to the origins of dub. This track is a tribute to Marcus Garvey, one of Jamaica’s national heroes who started the Black Star Line as part of his back to Africa movement.

What is the future of dub? NYC based Subatomic Soundsystem continue to innovate the roots sound of dub with collaborations and dubs with some of the all-time greats. This masterful track connects Perry and Dubblestandart, garnering the band international acclaim. It was Subatomic Soundsystem who produced the first songs to bring Perry into dubstep, but that’s another story altogether.