A History Of The Bob Marley Museum In 1 Minute 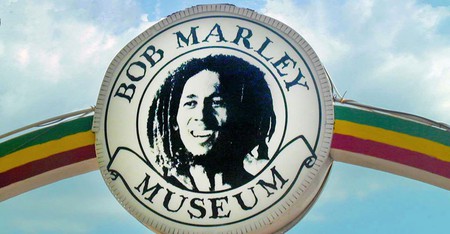 The life of Bob Marley, one of the most influential musicians of all time, is celebrated at the Bob Marley Museum in Kingston, Jamaica. Briefly a home and workplace for Marley, the museum was the first place Barack Obama visited when he arrived in Jamaica in 2015. Decorated with Marley’s platinum and gold albums, a one hour guided tour of the property imparts all there is to know about this reggae legend.

The property housing the Bob Marley Museum at 56 Old Hope Road, Kingston, was built during the 1800s in the British colonial style of the time. In 1975, the house was gifted to Marley by Island Records owner Chris Blackwell, who had succeeded in luring Bob Marley and the Wailers to his label in 1972. The building housed Tuff Gong studios and thus became Marley’s workplace as well as his home. 1975 was also the year of Marley’s first true international hit No Woman, No Cry.

Tuff Gong has since relocated, but 56 Old Hope Road still houses The Bob Marley Theatre, The Queen of Sheba Restaurant and Things from Africa Boutique alongside the museum. Between them, the studio and the museum keep Marley’s memory alive. 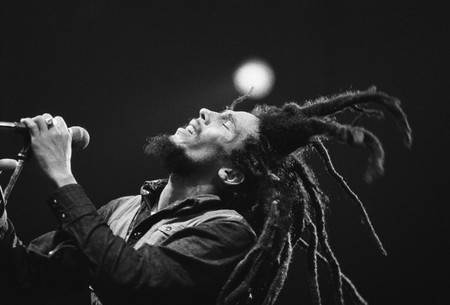 The home was the site of an infamous attempt on Marley’s life in 1976. Having become increasingly outspoken against Jamaica’s politically motivated violence, Marley was accused of political partisanship for his intended performance at a concert organised by then Prime Minister Michael Manley. Unknown gunmen entered his home on December 3rd 1976; the attempted assassination resulted in the injuring of Marley, his wife and his manager. All three recovered and Marley performed at the concert. However at the end of 1976, Marley left Jamaica to recuperate in the Bahamas and then spent two years in self imposed exile in England.

Marley owned the home until his death in 1981, but spent much of the post-1976 period touring – his last concert being in Pittsburgh, Pennsylvania 1980. Diagnosed with cancer in 1977, Marley spent his final year in treatment in Germany before succumbing to his illness in Miami en-route home to Jamaica.

It is fitting that Marley’s final home and the site of so many significant events in his life, celebrates the life of arguably the world’s most famous Rastafarian in vibrant colorful style. Marley is part of Jamaica’s modern cultural heritage – his message of peace, delivered so powerfully through his music, is as relevant today as it was when he resided at this house. The Bob Marley museum is a must-see venue for anyone visiting Kingston.