A Guide to Exploring the Town of Portland in Jamaica 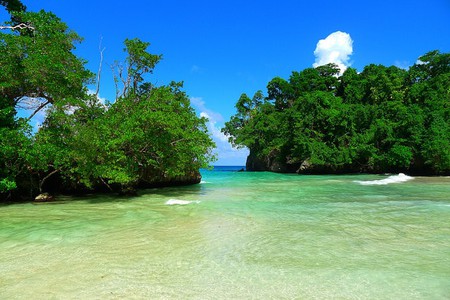 Few places in Jamaica are as beautiful as the parish of Portland. With its lush green countryside and beautiful beaches, rivers, and caves, it has the reputation of being one of the most scenic and peaceful towns in Jamaica. The parish extends from the highest peaks of the Blue Mountains and is known for its rich history. Port Antonio, the parish capital, has two harbours, with the western one being home to Navy Island, once owned by Errol Flynn. Here’s our guide to exploring Portland.

Since Hollywood movie star Errol Flynn became a resident of Portland, the parish became one of the most popular spots in Jamaica among celebrities and tourists. Trident Port Antonio Hotel, once owned by Flynn, is one of the best luxury villas in Jamaica. The hotel offers 13 oceanfront villas, each with its own pool, and retreats that blend modern design with 1950s and ’60s décor. In addition to ground transfers, the hotel can also arrange for plane transfers to and from the hotel, as well as helicopter transfers directly to the hotel. 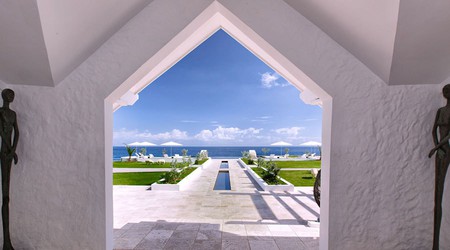 Other places to stay include luxury resorts such as Geejam Hotel and the Jamaica Palace Hotel. Cosy guesthouses are also available in the parish, like the unique clifftop guesthouse Great Huts Resort, or the Pimento Lodge Hideaway Resort. 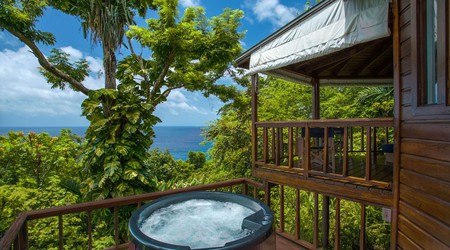 A popular beach featured in international movies and a Jamaican gem among tourists and locals alike is Frenchman’s Cove. The beach is known for its isolated scenic cove, swings that hang from branches above the water and freshwater river emptying into the sea (which makes the seawater colder here than most other beaches in Jamaica). Frenchman’s Cove is a popular spot among Hollywood stars and tourists who visit the island. 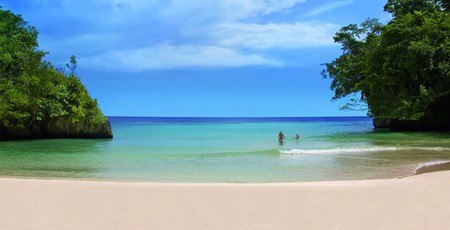 Jamaica’s Blue Hole, also known as the Blue Lagoon, is another popular spot in Portland. Made famous by several movies, this waterhole is fed by underground freshwater springs and is said to be bottomless. It is actually approximately 200 feet (60 metres) deep. 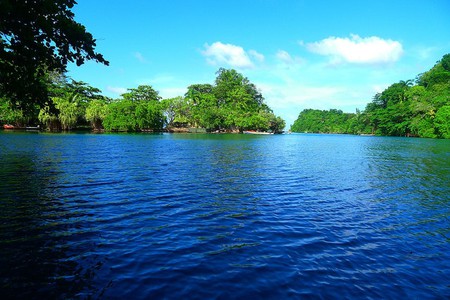 Guests often go rafting on the Blue Lagoon or nearby on the Rio Grande, one of Jamaica’s largest rivers. Made popular by Errol Flynn in the 1950s, bamboo rafts are used to transport tourists downriver through the beautiful Rio Grande Valley.

Portland is one of the best places in Jamaica for seafood. Cynthia’s Restaurant at Winnifred Beach in Portland is the parish’s best-kept secret. At Cynthia’s you can find the best seafood in all of Portland, including their famous lobster specials.

Portland is also home of the world-famous jerk chicken. The Maroons from Africa who lived in Portland invested in the ‘jerk’ style of cooking and popularized jerk chicken, now the most famous Jamaican meal. Portland has a range of jerk centres that offer not just jerk chicken, but a variety of jerk meals. 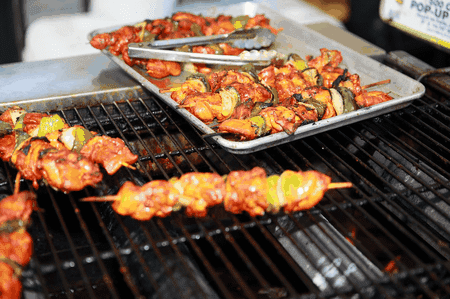 Being the home of jerk chicken, Portland has major cooking events and festivals during the year. The Portland Jerk Festival is one of the most anticipated food festivals in Jamaica and draws the largest crowd to Portland each year. The Port Antonio International Spring Fishing Tournament and Port Antonio International Marlin Tournament are held at the Errol Flynn Marina each year.

Another major event in Portland is the Portland Jamboree, held every year after Independence Week in August. The week-long jamboree features float parades, street dancing, food fairs, live music and much more.

A similar event is Portland Paradise Weekend, a three-day event celebrating the lifestyle, culture and beauty of Portland. This event is held in the first week of December.