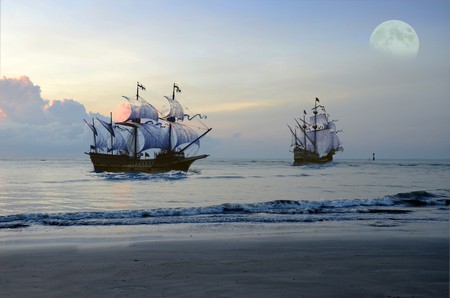 Fleeing persecution in Catholic Europe, 16th- and 17th- century Jews fled first to South America with European explorers and then to the Caribbean. We give you the low-down on the history of these intriguing people.

Having played a key role in establishing numerous successful trading posts in the new colonies of the Caribbean, Jewish privateers found common cause with the British. In 1655, Britain’s Royal Navy captured Jamaica from the Spanish and subsequently turned Port Royal into a naval base. Jewish buccaneers were among the fleet of officially sponsored pirates assembled by the British in Jamaica to take the fight to the Spanish. Leading some of the most successful raids against the Spanish, Jamaica’s Jewish pirates fought their way into the history books.

At the time that Columbus was stumbling upon the new world while searching for a route to the East Indies, Europe’s Jews were facing the horrors of the inquisition. Many fled with the explorers to the Americas where they established small communities during the early 16th century. Notable Jewish communities were established in places such as Brazil, where they played a key role in trade. 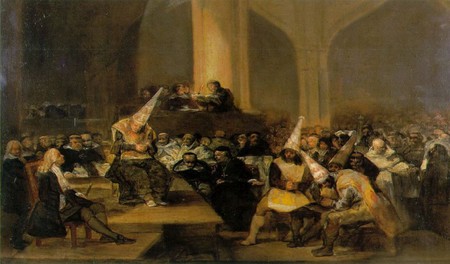 Columbus claimed Jamaica for for Spain during his second voyage to the Americas in 1503. Subsequently the island was granted to his family as a personal fiefdom. As the inquisition reached the Spanish and Portuguese colonies of the new world, many of the Jews who had settled in South America fled once again — this time to the Caribbean. The Jewish played a vital role in establishing sugar plantations and trading posts across the Caribbean. In Jamaica they were sheltered by the Columbus family, who held off the inquisitors.

The British, who had long been at war with Catholic Europe, captured Jamaica from the Spanish in 1655. The British allowed the Jewish population to live openly and granted them British citizenship five years later in 1660. Britain, in violent competition with Spain for territory and treasure, had hired buccaneers and privateers in a kind of state sponsored piracy with the express purpose of capturing Spanish possessions. They even established a base for this motley force at Port Royal, across the bay from what is now Kingston. A number of Jewish ships joined the British cause and took the fight to their Spanish persecutors.

The Wickedest Place on Earth

Port Royal, infamously labeled the wickedest place on earth, was a hub of pirates, prostitutes and adventurers. By 1667, the infamous Captain Henry Morgan had been given letters of marque and was leading a fleet out of Port Royal. A number of his trusted captains were Jewish. In fact, Jewish privateers had long established themselves in the Caribbean. The feared Moses Cohen Henriques had, in 1628, led the only successful capture of a Spanish treasure fleet, seizing today’s equivalent of US$1 billion. Moses went on to be a trusted advisor to Morgan, who himself was eventually knighted and made Lieutenant Governor of Jamaica. 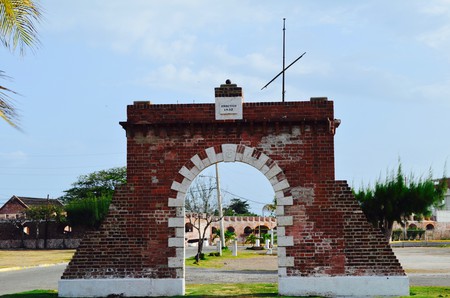 The Jewish population of Jamaica thrived under British rule and at one point comprised 20% of the residents of Kingston. Today, Jamaica’s Jewish population is estimated to have dwindled to just 200. Marking their official establishment as the day the British took the island in 1655, the Jewish community is 362 years old.

It is possible today to see traces of the Jamaican Jewish pirate legacy if you look hard enough. Some notable places include:

Dating from 1672, this contains the graves of Jewish pirates, marked vividly with the infamous skull and crossbones symbol. It is situated across the harbour from Port Royal, near what is now Kingston docks.

Although Jamaica’s original synagogues were long ago destroyed by natural disaster, the Shaare Shalom Synagogue in Kingston provides an intriguing insight into the time of the pirates — the white sand that covers the floor is a reminder that the Iberian Jews had to hide the sound of their feet as they worshipped in secret during the inquisition.

Fort Charles in the original pirate town of Port Royal

The fort, built in 1655 soon after the British captured the island, had 36 guns by the time Henry Morgan and his Jewish pirate colleagues were using Port Royal as their base. A museum displays numerous artifacts.