11 Local Dishes and Drink to Try in Jamaica 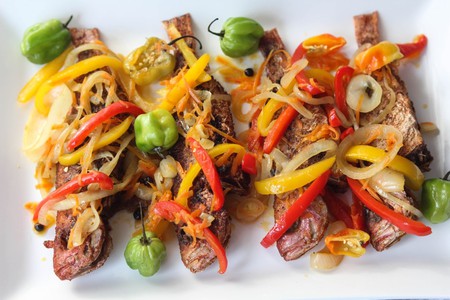 The cooking techniques, flavors and spices of Jamaican cuisine make it the most well-known of Caribbean food, as well as one of the most popular cuisines in the world. The colonial history of the island has created a melting pot of food influenced from countries all around the globe. Here’s a look at 11 local dishes and drinks that you have to try when you’re in Jamaica.

The ackee fruit was imported to the Caribbean from Ghana before 1725 by African slaves. Ackee and saltfish (cod) is the national dish of Jamaica that is traditionally served as a breakfast meal on Saturday and/or Sunday, or on special occasions. The ackee fruit very much looks like scrambled eggs and is cooked with salted fish and served with dumplings, fried breadfruit or ground provisions (yam or potatoes). If not cooked properly or picked before it is ripe, ackee can be poisonous. 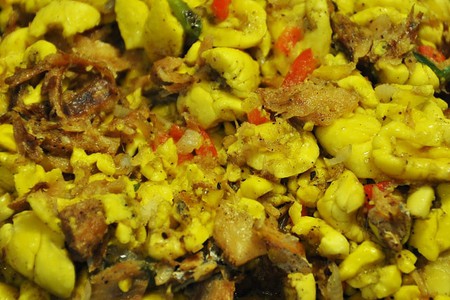 Jerk is a style of cooking native to Jamaica in which meat is dry-rubbed or marinated with a hot spice mixture called Jamaican jerk spice. The blend of herbs, spices and pimento leaves, invented by Jamaican Maroons, has made Jerk chicken the most famous Jamaican dish. Jerk Chicken is a delicacy by itself, but is typically served with bread or festival (Caribbean dumplings). 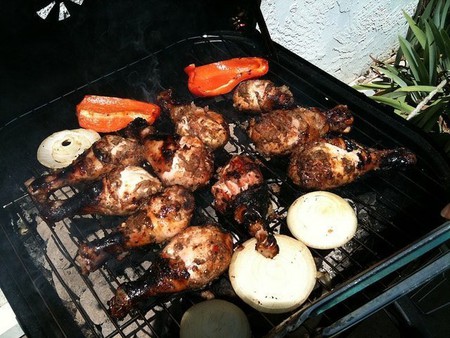 Fried breadfruit is Jamaica’s most satisfying starchy addition to nearly any meal, especially breakfast. Historians believe the breadfruit was brought to Jamaica from Tahiti in 1793. Although not initially popular with Jamaicans, this easy-to-make staple now represents a well-loved vegetable dish suitable to accompany many different meals. 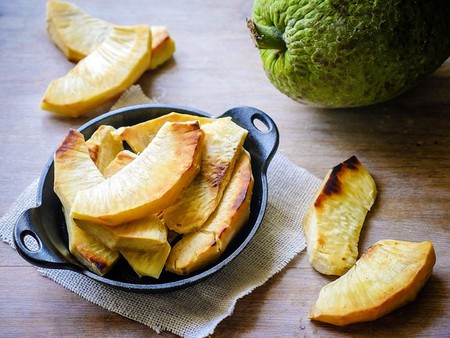 Red peas soup is a delicious hot soup that is sold all over the island. It uses mostly the same ingredients as other soups with the exception of a healthy dose of red kidney beans, which give the dish its unique flavour and colour. Some cooks swear that red peas soup could never be complete without a small addition of pigtails, but others insist it is just as tasty without. 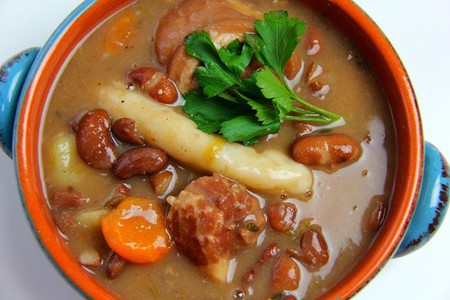 Oxtail is the culinary name for the tail of cattle. Formerly, it referred only to the tail of an ox or steer, a bullock. Jamaicans have made the dish popular and it is now a firm favourite. The meat is seasoned with local herbs and spices, fried, then cooked to perfection in a pressure cooker. This belly-filling dish can be found at almost every Jamaican restaurant. 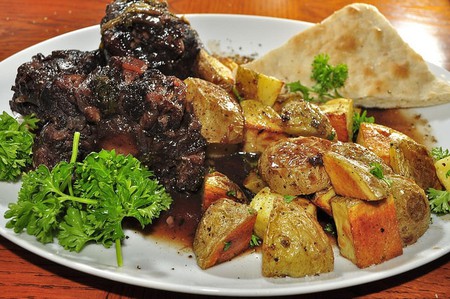 Jamaican Rum Punch is a favourite among many Jamaicans and rum enthusiasts. This alcoholic drink is typically made with Jamaican strawberry syrup and another favourite, Jamaican Wray & Nephew White Overproof Rum or Appleton Rum. Where there is a party or other lively gathering happening, you’re bound to find some Rum Punch too! 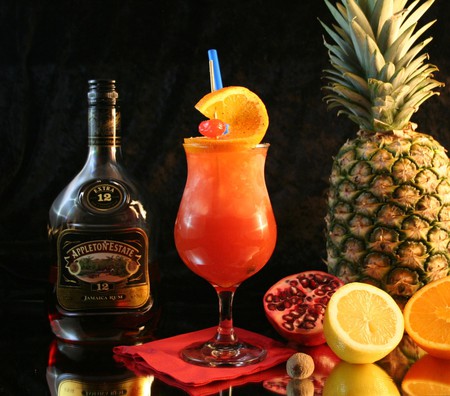 Jamaicans have developed a special love for curry and have added their own twist to make it unique. Curried goat is a curry dish prepared with goat meat that originated in South Asia and made its way into the kitchens and stomachs of Jamaicans. This dish can be found on any traditional island menu and is especially popular at festivals and parties. 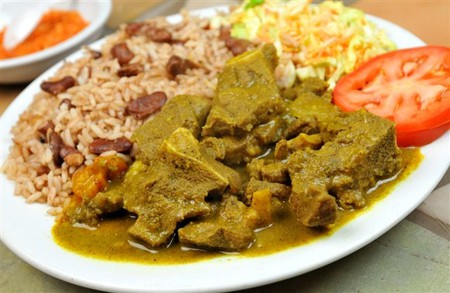 Jamaica’s delectable patty, one a lunch-time staple is now an anytime-of-the-day type of meal. A traditional Jamaican patty is filled with a ground beef and hot peppers mix and cooked in a flaky pastry shell. It is often paired with coco bread as part of a full meal. The Jamaican patty has evolved over the years to offer varieties such as chicken, cheese, shrimp, lobster and soy. 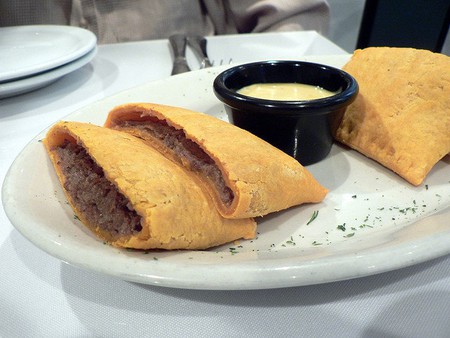 This seafood dish is a favourite for fish lovers and is also commonly eaten around Easter. Escovitch is a style of cooking using vinegar, onions and spices brought to Jamaica by Spanish Jews who lived on the island nearly 500 years ago. Escovitch fish is served laden with the remnants of its marinade, which often includes a generous serving of carrots, onions and peppers.

Sorrel is the most popular Jamaican holiday drink during Christmas and New Year. The hibiscus sabdariffa flowers, known as sorrel in Jamaica, are harvested in late November to early December. The dried flowers are boiled and mixed with ginger, water and rum to make the drink. The drink has many health benefits including controlling high cholesterol levels and managing high blood pressure. 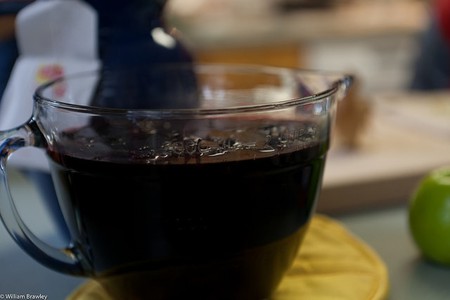 This spicy soup is reportedly an aphrodisiac. Manish water is sometimes called “power water” and is made from goats’ heads (some cooks include the tripe and feet as well), garlic, scallions, green bananas, scotch bonnet peppers and spinners (small dumplings). White rum is an optional ingredient. Often, people enjoy a bowl of manish water before drinking rum, but this item is a rarity on restaurant menus. It is usually sold at roadside stands, along with roasted yam. 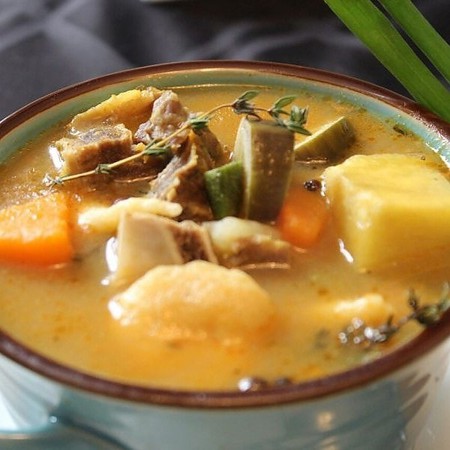