10 Top Things to See and Do in Portland, Jamaica 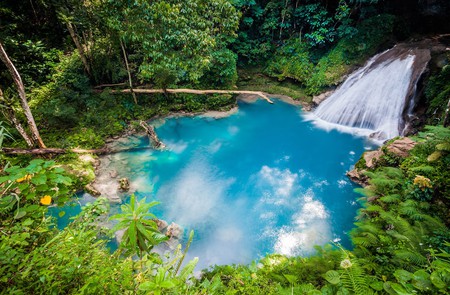 The parish of Portland, located on the eastern side of Jamaica, is one of the most beautiful parishes on the island. It boasts beautiful, white-sand beaches, lush forests thanks to the Blue Mountains and many other attractions. The natural beauty of Portland is obvious when you explore the Blue Lagoon, Reach Falls and the Rio Grande River. When visiting Portland, here are the top ten things you won’t want to miss out on.

Frenchman’s Cove, located just five miles (eight kilometres) from Port Antonio is considered to be one of the most beautiful beaches in the world. The Frenchman’s Cove beach is part of the 45-acre (18-hectare) Frenchman’s Cove Resort, a private estate that is a popular destination for weddings, honeymoons and other special events. The beach boasts miles of beautiful, white sand and turquoise waters that have attracted visitors to Jamaica for decades. 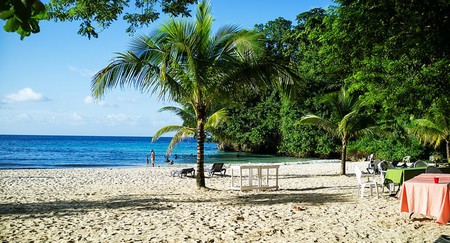 One of the most beautiful and protected harbours in the world features the USD $14-million Errol Flynn Marina. Named after one of Portland’s most popular residents – Hollywood actor Errol Flynn, who fell in love with the parish in the 1950s – the property features a world-class marina, 32 fixed berths, a helicopter landing area and other facilities. 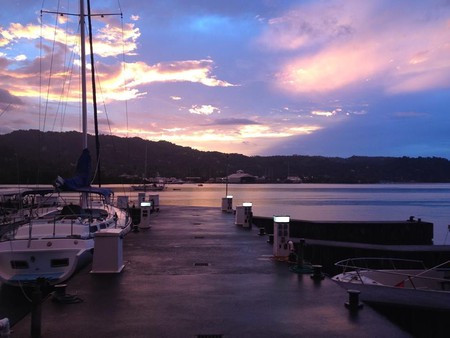 Winnifred Beach is located between the Blue Lagoon and Boston Bay in Portland. This beautiful, secluded beach is the perfect place to go swimming, sunbathing or to simply relax and enjoy a tropical Jamaican atmosphere. Winnifred Beach is also home to a delightful offshore reef that water-adventurers find perfect for snorkelling and exploring the clear, Jamaican waters. 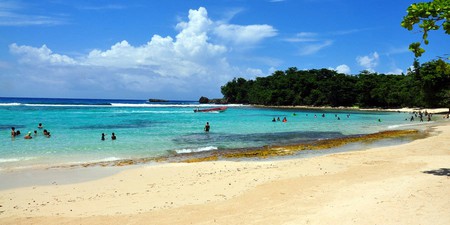 If you want to get a taste of authentic jerk chicken or jerk pork, then the Boston Jerk Center in Portland is the place to go. Boston is the home of jerk chicken – a spicy, flavourful meal that was invented by the Maroons of Portland. The jerk stalls are open every day, closing late in the evening, so bring full wallets and empty stomachs to taste all the jerk meals the vendors have to offer. 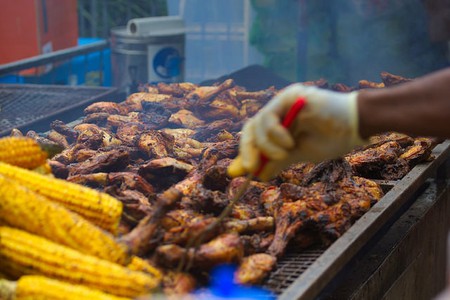 The Folly Ruins is one of the most historical places in Jamaica. Like most historical sites on the island, the two-storey mansion – built on the 90-acre (36-hectare) estate in 1901 – has an interesting tale associated with it. Built by Alfred Mitchell, an American millionaire who visited Port Antonio and fell under the town’s spell, it started to crumble some years after its construction – leading to a string of associated folklore tales. A popular local legend says that Mitchell’s wife, whom the house was built for, broke his heart, and so the symbol of their love, the mansion, fell to pieces. Today, what remains of Folly Mansion offers a great tale of wealth, love and loss for visitors to explore.

Believed to be the crater of an extinct volcano, The Blue Lagoon, also called Blue Hole, is one of the most beautiful natural attractions on the island. The lagoon is rumoured to be bottomless but it is actually about 200 feet (61 metres) deep and features clear, turquoise waters surrounded by lush greenery. The blue-and-green water is actually kept cool by hundreds of tiny, underground mineral springs and guests enjoy diving into the lagoon or swinging off the tree vines.

The Blue Mountains is the longest mountain range in Jamaica and features majestic scenery and cool temperatures. The mountains are the number-one place in Jamaica for hiking and camping. There are even a few hostels and inns nestled in the hills that cater to hikers and campers who want to stay overnight or rest. The Blue Mountains is also home to the world-famous Blue Mountain Coffee Estate that guests are given the opportunity to tour. 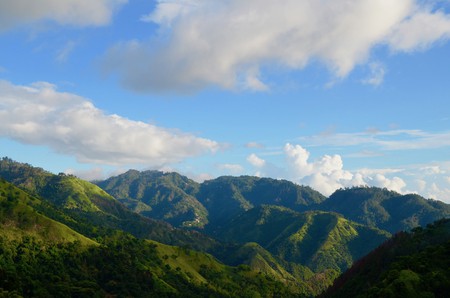 Reach Falls is one of Portland’s best-kept secrets. The magnificent waterfall is filled with many natural holes carved out by the water, the most terrifying being the Rabbit Hole. If you’re brave enough to jump through this narrow passage, it will take you to a secret, underwater cave that leads to the main pool, where a series of cascades tumble over limestone steps. 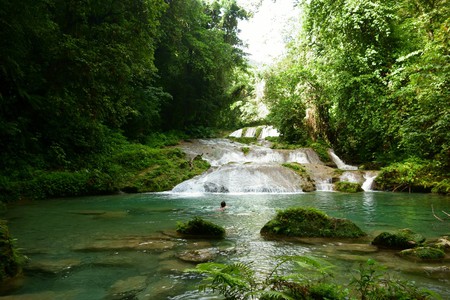 Rafting on the Rio Grande

Rio Grande river rafting is one of the most popular attractions for both locals and tourists in Port Antonio. Rafting dates back to the 1950s, when Hollywood movie star and former-resident of Jamaica Errol Flynn saw farmers strapping fruits onto bamboo rafts going down the river and wanted to follow suit. Now, as one of the most popular activities on the island, the rafts are operated by licensed and experienced raft captains. 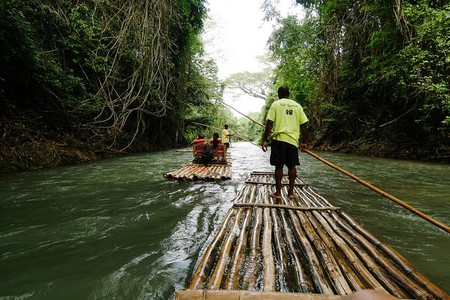 Boston Bay is a rock-cradled bay that sits nine miles (14.5 kilometres) east of Port Antonio’s town centre. Boston Beach is known for its great waves for surfing, its shore’s soft, powder-white sands, and its original jerk stands. The beach is a popular hangout spot for locals and a great place to relax and enjoy delicious Jamaican eats. 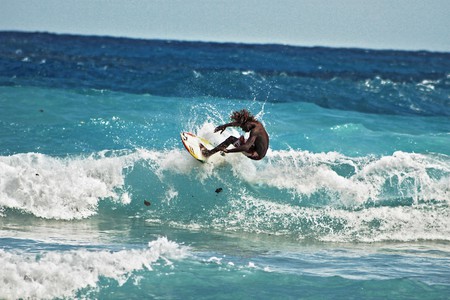 Surfing at Boston Bay | © https://one-away.com
Give us feedback