The Top Beaches to Visit in Haiti, Caribbean

Floating out in the Caribbean Sea, Haiti is blessed with the kind of beaches that feature on the cover of travel brochures. It’s hard to narrow it down, but here’s our pick of the best beaches in Haiti. 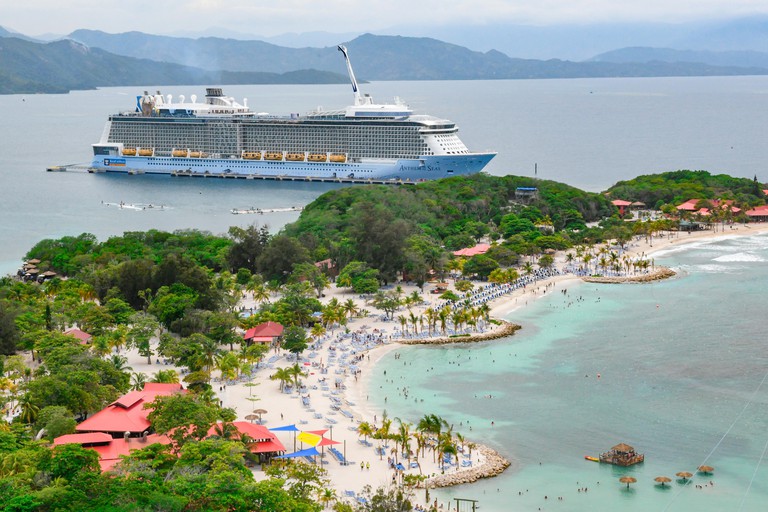 © Don Mennig / Alamy Stock Photo
If you’re arriving in Haiti by cruise ship, chances are you’re docking at Labadee beach resort. This private patch on the north coast is owned by Royal Caribbean Cruises, and every amenity has been thought of to ensure an activity-packed day at the beach. A string of local stalls and restaurants sell crafts and snacks, private cabanas provide shade, and there’s a reef for a spot of snorkelling. Hike up the verdant mountain to the Dragon’s Breath Flight Line – the longest over-water zipline in the world – or tackle the inflatable obstacle courses at Arawak Aqua Park, floating in the sea. 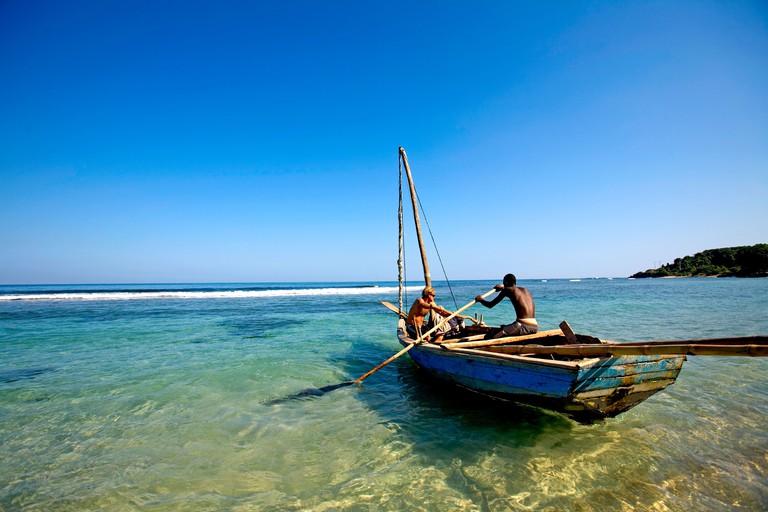 © JS Callahan/tropicalpix / Alamy Stock Photo
This beach is exclusive to guests of the Cormier Plage Resort, but you can pay a day fee to access this pristine segment on the Haitian north coast. The tiny, horseshoe-shaped bay is protected by lush mountains on all sides, and the water is an ethereal shade of green. A smattering of local eateries provide fuel for the day, and boats putter from the shallows, taking you out to reefs for snorkelling – or just to look back at the jungle shore from the sea.

Access to this private bay is through the Wahoo Beach Club and Resort. Once you’ve paid your way to the soft sand and sparkling teal shallows, there’s a veritable feast of water-based activities packed into the secluded little bay. Water trampolines and slides float out on the calm water, and beach volleyball is set up on the sand. Shaded picnic spots sit on a rocky outcrop, and wooden boats await to take you on fishing trips – or just to admire the jungle-fringed shores from the water. And, it’s just 45 minutes from Port au Prince. 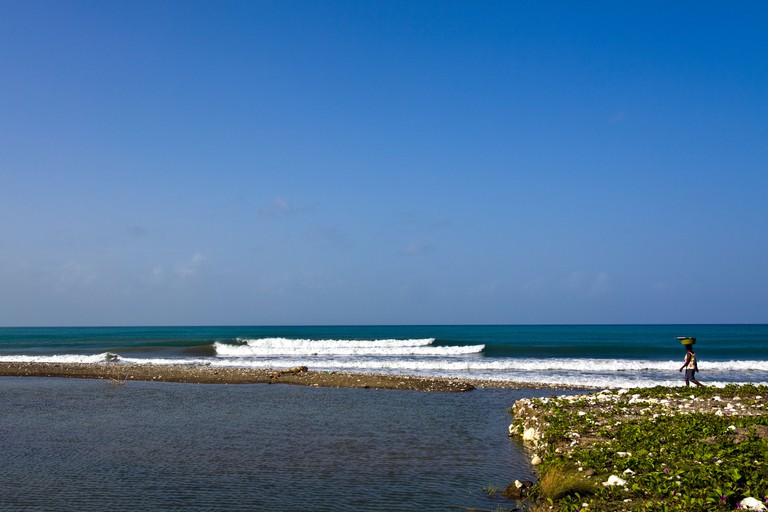 © JS Callahan/tropicalpix / Alamy Stock Photo
Port-Salut is a popular spot for weekend breaks from Port au Prince, and the main reason is the beaches. Pointe Sable Beach is the stuff of Caribbean postcards – palm fronds rustling in the breeze, a gentle sea lapping at the shore and sand as white as sugar stretching for miles on end. The pristine beach is only broken by the occasional food shack selling freshly grilled fish and rum sours. Visit during the week, and you’ll practically have the place to yourself.

Natural Feature
Facebook
Email
Twitter
Pinterest
Copy link
Share
Marooned off the north coast of Haiti, Île a Rat (or Rat Island) is a tiny castaway pinprick in the ocean, fringed by unspoilt beach. If you charter a boat from Labadee to get here, some options will include lunch of whatever the catch of the day is, grilled on the spot. Tenders run from Royal Caribbean Cruises on days when ships are docked at Labadee, and the make-shift bar and sunloungers on the island are only available on cruise docking days. 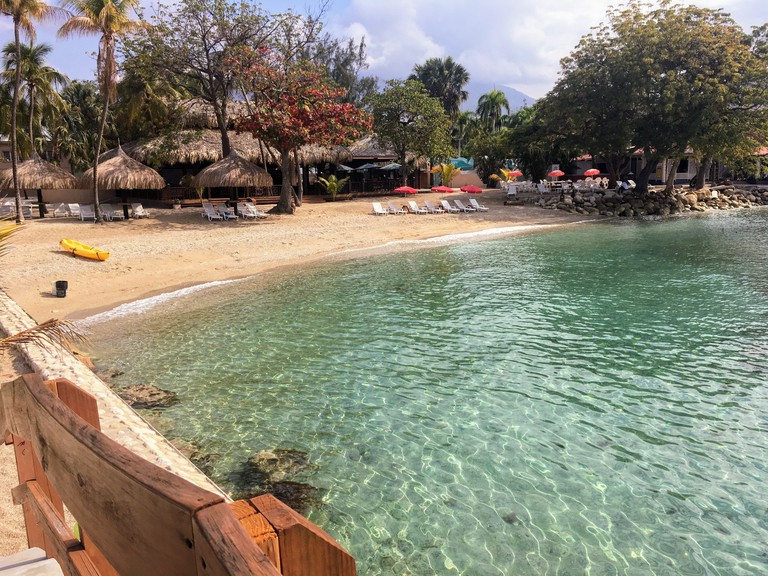 © Claudia Altamimi / Unsplash
48mi (77km) from Port au Prince, Moulin Sur Mer Resort owns this private slice of paradise – but it’s well worth the cost of a day pass. Said pass will give you access to buffet meals, racquet courts, a swimming pool and beach volleyball, as well as the pristine beach. There’s a dock and marine centre offering snorkelling, fishing and scuba trips out at sea and a litany of water sports. Get to know the island’s history with a visit to the Ogier-Fombrun Museum – an old sugar plantation that’s been restored amidst the palm trees. 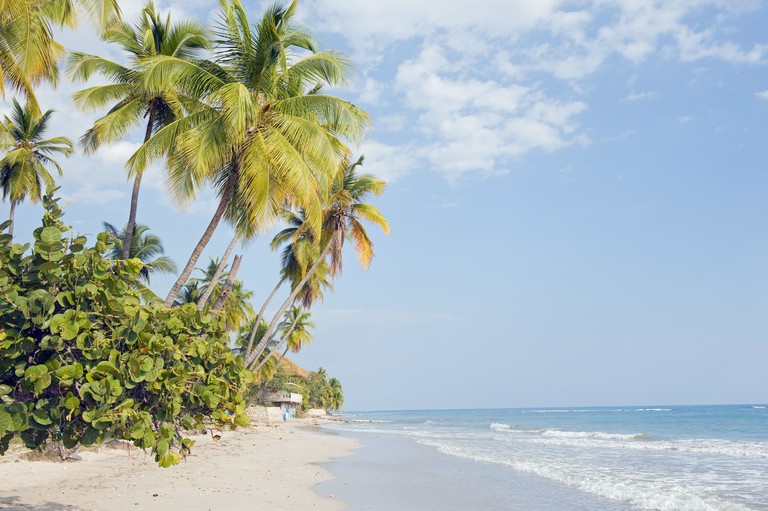 © robertharding / Alamy Stock Photo
After the 2010 earthquake hit Haiti, many of the old colonial buildings in Jacmel were reduced to rubble. Since then, the first surf school in the country has opened up here, and the beaches have been slowly cleared. Marked by an old shipwrecked engine cast out in the crystalline sea, Piston Beach is where surfers flock to catch the best waves on the island, created by a river mouth. If it’s picturesque and palm-fringed you’re looking for, nearby Kabik Beach ticks the boxes – as well as a lively sea, set for a surf or two.

This sweep of sand is kept blissfully quiet with a lack of direct road access. The only way to reach Kokoye Beach is by hiking 45 minutes down a steep cliffside or by boat charter from Petit-Goave. Once here, you’ll find crystal-clear water and caster sugar sand – and a handful of restaurants serving freshly caught lobster and fish from the grill. The beach is kept spotless by a local women’s association, and there’s a small upkeep fee to access this secluded little gem.

Natural Feature
Facebook
Email
Twitter
Pinterest
Copy link
Share
On the south coast, where the farmland practically touches the shore – with cows grazing just beyond the beach – Gelèe Beach is a popular spot for a day on the sand. Rainbow food shacks line the beachside, serving locally caught seafood and meat and fried plantains. The sand is golden-brown rather than the pristine white people expect from the Caribbean, and there’s an undeniable buzz to Gelèe Beach – making it a social spot rather than a secluded retreat.

This is an updated rewrite of an article originally written by Andrea Henthorn.