The Rise And Fall Of Jacmel, Haiti’s Cultural Treasure 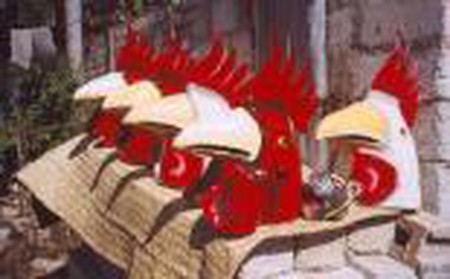 Tentatively accepted as a World Heritage Site candidate, Jacmel’s fate changed overnight as it suffered great human and architectural loss during the 2010 quake, which struck much of Haiti. Historic buildings and cultural heritage fell into ruin, but fortunately not for long. 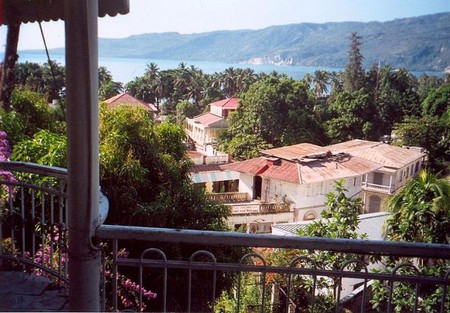 A View of Jacmel, Haiti | © Doron/WikiCommons

Jacmel, Haiti’s fourth-largest city with a population of 40,000, has long been known for its culture. Originally founded by Compagnie de Saint-Domingue in 1698, Jacmel first acted as the capital of the south-eastern part of the French colony Saint-Dominique. Over time the city developed to boost the production and trade of sugar, but its interests turned to coffee over time (an industry it’s now looking to re-invigorate). The city was booming, but in 1896 Jacmel suffered a major setback, a great fire that destroyed the majority of the city. This could have been a disaster, but instead something wonderful happened. In a display of versatility, that can still be seen in its culture today, Jacmel rebuilt streets of houses and the cast-iron-furnished buildings that remained came to influence the iconic architecture of New Orleans.

The architecture of these elegant ‘gingerbread’ townhouses is just one element of the city’s artistic pedigree, however. Jacmel is known internationally for its vibrant arts and craft scene, including nearly 200 papier-mâché artisans, as well as a school of painting and a music and film school that is recognized among the best in Haiti. The creativity, passion, and artistry expressed through Jacmel’s carnival scene have also continued for generations, and the city recently came to host two other large cultural festivals. The first of these, the Festival Film Jakmèl, started in 2004 and has been held every year since then. 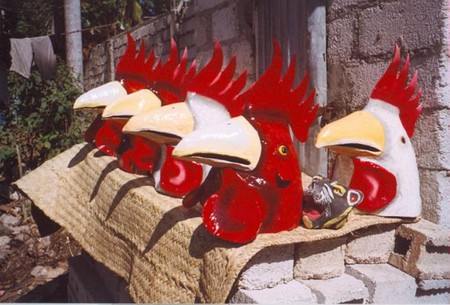 Founded by David Belle, an American filmmaker living in Haiti, and Patrick Boucard, a Haitian artist and founder of a cultural organization in Jacmel, the ceremony celebrates contemporary world cinema with local Haitian creations awarded alongside a global program. Approximately 50,000 people attend each year, including internationally renowned directors from over 30 countries worldwide. Following on from this in 2007, international music festival ‘Festival Mizik Jakmèl’ was also launched to great success. As time went on and the city continued to grow, things continued to look up for Jacmel, with UNESCO tentatively accepting the city as a World Heritage Site Candidate.

But in 2010, everything changed. On 12 January that year, Haiti experienced a magnitude 7.0 earthquake, which literally and figuratively sent shockwaves through the country. While Jacmel’s suffering was less high-profile in the news media than that of capital Port-au-Prince, it was still extreme. Around 500 were left dead by the earthquake, with over 4,000 injured and the hospital half-collapsed made them unable to take all the patients. 70% of people’s homes in the city were damaged (with heavier damage in poorer neighborhoods) and the Town Hall was left structurally unstable to the point where it had to be torn down. 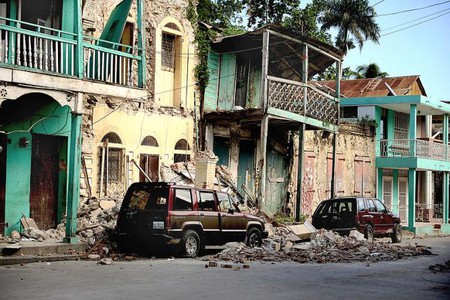 Recovery was not easy. In the first days after the quake, Jacmel was cut off from the rest of Haiti, and with the country’s infrastructure and culture focussed around the capital, aid tended to flow that way too. People in rural or southern areas like Jacmel suffered. Compared with Port-au-Prince, the devastation was manageable, but devastation it still was. The cultural life that Jacmel had worked so hard to foster was damaged along with the rest of the city. Tragically, the iconic architectural area that inspired the French Quarter of New Orleans was hit particularly badly, leaving much of it in ruins. Jacmel was in chaos, but as they did after the fire of 1896, they began to rebuild.

In December 2010, Miami’s Capponi Construction Group had an idea that would transform Jacmel. The company pledged to revitalize the city and formed the Jacmel Advisory Council to help it be reborn whilst preserving its arts, culture, and traditions. But this was no bail-out, the idea was to help create a socio-economic system for thousands of Haitians living in the southeast region, making their lives comfortable and secure for years to come. Help continued to roll in. In 2012, the International Organisation for Migration (IOM) teamed up with actor Sean Penn, Ambassador-at-Large for Haiti and founder of J/P Haitian Relief Organization (J/P HRO) for a re-housing project.

With 36 displacement camps still running by this point and affecting the potential tourist industry needed to get Jacmel back on its feet (and affecting sports as many were living on two football fields), the IOM made a commitment to close two of them and relocate the families within to safe homes. Crucially, the IOM put the culture of Jacmel front-and-centre in what they were trying to save. ‘Large historical areas of Jacmel were virtually demolished by the quake,’ said IOM Haiti Chief of Mission, Luca Dall’Oglio in 2012. ‘Helping to get it back to its feet as a thriving cultural center is one of our objectives in helping the homeless to find alternatives to the camps.’ The government of Haiti also pledged to invest US$20 million in improving accessibility and infrastructure, including rebuilding the historic city center and the art centers therein. 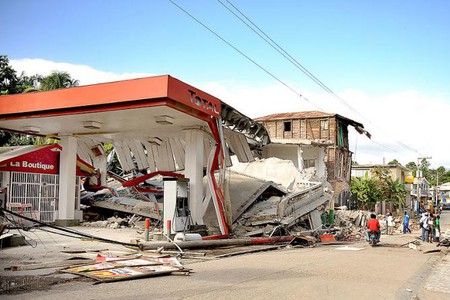 The recovery process has involved many more generous donors and government help, but Jacmel can now begin to look to the future. This year the city’s historic carnival was held on 23 February, a symbolic continuation of the traditions of the past that showed Jacmel had plenty of future in it yet. Michaelle Craan, Consultant to the Office of Tourism South East declared it ‘an exceptional living heritage, popular, human and social event sought.’ She added: ‘This folkloric event, after a long oral tradition, constitutes a real rite, which gives the feeling to participants to be unique.’

While still on the tentative list of UNESCO’s World Heritage sites, in March 2014 Jacmel applied to join the UNESCO Creative Cities initiative. Currently, 41 countries ranging from Edinburgh to Melbourne are members of the project, which runs through literature, cinema, music, craft and folk arts, design, media arts and gastronomy. If approved, Jacmel would be the first Caribbean city to have its cultural pedigree showcased in such a way, and this is a decisive step towards the revitalisation of the city. In a statement, the Ministry of Tourism pointed out that Jacmel was a natural fit, a place ‘where the environment is full of creative artists, craftspeople, cultural organizations and major events.’

Such a return to form so quickly after a disaster is commendable, but not entirely surprising. Jacmel proved it could rise from the ashes before in 1896, rebuilding itself and its identity to become a cultural light and popular tourist destination that could overshadow the best of what Haiti elsewhere had to offer. Fundamentally, Jacmel did not let tragedy, hardship or disaster steal its identity. Its festivals, crafts, carnivals, and architecture were part of who the people were, not the infrastructure of the city, so they lived on as the citizens continued to exert their cultural passions. If Jacmel does manage to go from ruins to UNESCO honors in four years, just think where it could go next.