Director Raoul Peck And The Legacy Of Lumumba 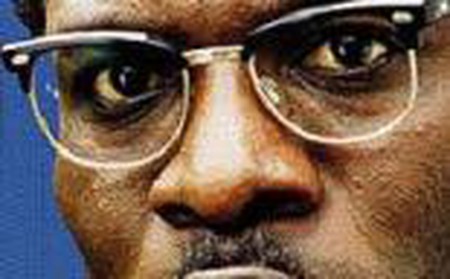 Raoul Peck is the celebrated director of acclaimed films about both his native Haiti and DR Congo, where he lived in exile. Peck is also a political activist whose films are acts of protest against injustice and corruption.

Born in Haiti in 1953, Raoul Peck and his family fled the Duvalier dictatorship in 1961 and found asylum in the Democratic Republic of Congo. Just the year before, in 1960, the DR Congo had gained its independence from Belgium after a long and often violent struggle. The struggle continued for years afterwards, with the events having a great influence on Peck and his later career.

Peck was educated firstly in the DR Congo, then later in the USA and France, where he earned his baccalaureate. He also studied industrial engineering and economics in Germany before starting a career in film, eventually receiving an M.F.A in Film at the German Film and Television Academy (DFFB) in 1988.

His work while at DFFB and subsequent teaching posts across Europe established him as one of the most prominent black filmmakers. One of his first and most successful films, a documentary titled Lumumba: La mort du prophète (Lumumba: Death of a Prophet), visited a topic that he would later address in full feature-length form: the political life and subsequent murder of Patrice Lumumba. It was widely critically acclaimed; winning awards at the Amiens and Fribourg International Film Festival amongst others, and cemented the reputation of Peck as a remarkable filmmaker. His next work, L’homme sur les quais (The Man by the Shore), became the first Haitian film to be released in theatres in the USA and was entered in the 1993 Cannes Film Festival.

Peck’s importance as a Haitian filmmaker was further highlighted by his appointment as Culture Minister for Haiti in 1996. Of this appointment, Peck has said, ‘It was a choice but also a need: because of my films, my commitment and because of a country which, generation after generation, destroys its resources.’ He remained in the post for eighteen months, which he described as a ‘harsh, ruthless political struggle’, and which influenced him to return to the subject of Patrice Lumumba.

Lumumba had been elected as the first Prime Minster of the independent DR Congo in 1960. He fought hard for a united Congo, one that was not divided by ethnic or geographical differences, but was deposed after just 12 weeks in power and assassinated shortly after. Lumumba’s political ideas and legacy clearly had a lasting effect on Peck, who labeled Lumumba’s story as ‘a tragedy that has never ceased to echo throughout all the recent tragedies in Africa and Europe, from Rwanda to Yugoslavia.’

Peck’s narrative film Lumumba, released in 2000, told the story from Lumumba’s rise as Prime Minster to his violent death, highlighting the struggle for freedom that Lumumba, and many citizens of Congo lost their lives for. There is still an air of mystery surrounding his murder, especially regarding the involvement of America’s CIA. In 2002, two years after Peck’s Lumumba was released, the Belgian government apologized to the Congolese people for its responsibility in his murder.

Since his death, Lumumba has been heralded as a hero in Congo, and his legacy continues to influence and inspire Congolese politics. The film brought Peck yet more international acclaim and won many awards, including Best Film (Pan African Film Festival) and Audience Prize (Santo Domingo International Film Festival).

Peck’s international reputation is reflected in him being named a member of the Jury for the Main Competition at the 2012 Cannes Film Festival, as well as in his decorations of Honour and Merit Order in Haiti and Order of the Arts and Literature in France.