The 10 Best Restaurants In Haiti

Haiti has been through some tough times of late but things are looking up for the island nation. Those who visit will find some the Caribbean’s best cuisine, along with a host of delightful restaurants in which to enjoy it. Beachside cafés showcasing the best of Creole cooking, smart brasseries celebrating the gastronomic legacy of the French occupation, and a crumbling hotel immortalized by the work of Graham Greene, all make it into our list of the ten best restaurants in the country. 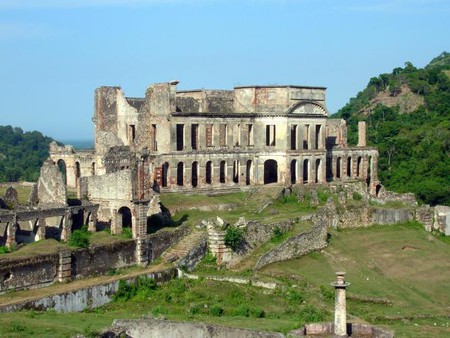 Hotel Restaurant, Boutique Hotel Restaurant, Asian, Vegetarian
Facebook
Email
Twitter
Pinterest
Copy link
Share
Map View
More than just a restaurant, Lakou Lakay (‘Our Home’ in Creole) doubles as a Haitian cultural center run by Maurice Etienne and his family, with a programme of activities that includes dance and music workshops for children and young adults. Tables need to be booked in advance but the expertly prepared Creole dishes make it more than worth the hassle. Located in the northern town of Milot, the center is not far from the ruins of the Sans-Souci Palace (now a UNESCO World Heritage Site), the former residence of King Henri Christophe, a key figure in the Haitian Revolution.
Open In Google Maps
Milo, Nò, 1230, Haiti
+50936142485
Give us feedback

A popular neighborhood Italian in Pétion-ville, an affluent suburb of Port-au-Prince known for its elegant mansions, Fior di Latte is an excellent option for vegetarians and anyone in need of a break from Creole food. The extensive menu features a wide range of well-made pizzas, salads and pasta dishes, including mushroom ravioli and linguine with salmon. Widely considered to be some of the best in the country, the restaurant’s homemade gelato is an obligatory final flourish. Available topped with chantilly cream as part of a decadent banana split, served with coffee as an affogato, or with pears and chocolate sauce, it’s reason enough to visit in itself.

Bar, Restaurant, French, Caribbean, Asian, Fast Food, Vegetarian
Facebook
Email
Twitter
Pinterest
Copy link
Share
Map View
Another Pétion-ville favorite, popular with Port-au-Prince’s expat community and frequently heralded as one of the city’s best restaurants, Papaye offers a globe-trotting menu with the occasional stab at Caribbean fusion. Service can be slow at times but the outdoor dining room and bar with its elegant white interior and the excellent rum cocktails make it hard to grumble. Unlike many of the restaurants in Haiti, the menu here varies throughout the year, ideal if you plan to make repeated visits. Dishes include pizzas topped with caramelized onions and prosciutto, Asian salad with ground roasted peanuts, tuna tartare, and fried plantain with crabmeat and creme fraiche.
Open In Google Maps
48 Metellus, Pétion-Ville, Ouest, Haiti
+50937012707
Visit Website
Visit Facebook page
Give us feedback

Renowned for its beaches and proximity to the magnificent UNESCO listed Citadelle Laferrière, the largest fort in the Americas, Cap-Haïtien on Haiti’s north coast is also home to La Kay, one of the best restaurants in the country. An excellent introduction to creole cooking, the menu is strong on seafood dishes along with classics such as goat (cabri/cabrit) in Creole sauce and bouillon de boeuf (a traditional Haitian broth made with beef, plantain, potato and green vegetables). The restaurant’s tables offer views of the seafront and there are regular soirées at weekends featuring live bands. Performances go on well into the early hours of the morning providing ample opportunity to soak up some authentic Haitian atmosphere. 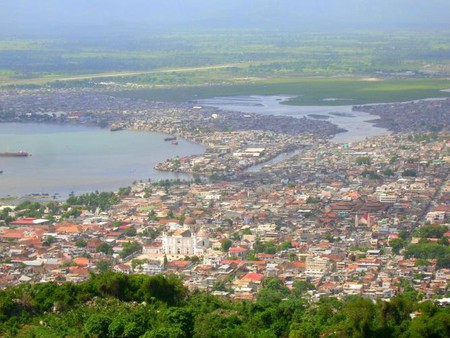 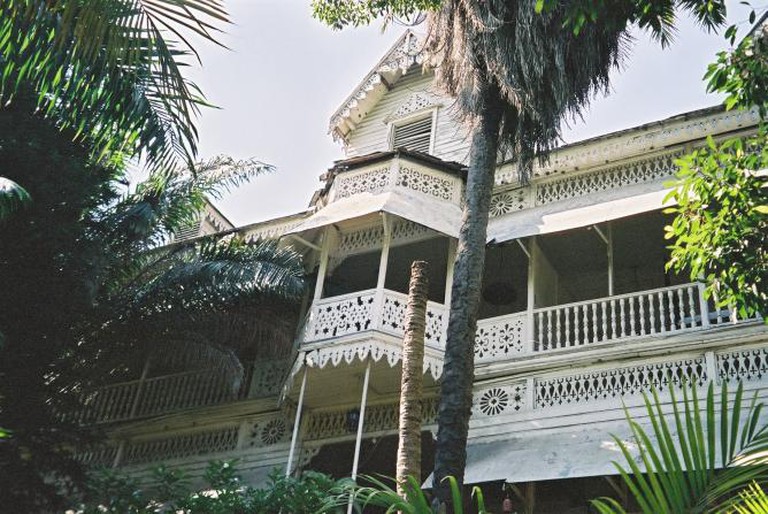 Hotel Oloffson | © Ketounette/WikiCommons
One of the best examples of a ‘gingerbread mansion’ (the ornately decorated 19th century homes for which Port-au-Prince is famous) surviving today, this once-grand hotel won fame as the inspiration for the fictional Hotel Trianon in Graham Greene’s The Comedians. Though it’s true that the restaurant is nothing special, the service decidedly indifferent, and the building itself settling into gentle dilapidation, the hotel is still an essential stop for visitors to the city on account of its atmosphere and historical importance. What’s more, on Thursday nights you can catch a boisterous performance by RAM, a ‘Vodou rock ‘n’ roots’ band led by Richard Morse, the Hotel’s owner. One of the best known groups in the country, RAM are famed for their fiercely political lyrics and for fusing traditional Haitian rhythms and instrumentation with western rock and roll.
Open In Google Maps
60 Saint-Gerard Port-au-Prince, Ouest, Haiti
+50922234000
Give us feedback

Brasserie, Restaurant, Diner, Caribbean, Vegetarian, Vegan, Greek, $$$
Facebook
Email
Twitter
Pinterest
Copy link
Share
Map View
Near Place Boyer, a recently renovated Pétion-ville park, this charming restaurant offers an extensive breakfast and brunch menu along with pizzas, pastas and French classics at lunch and dinner time. The spinach ravioli is uniformly well received, as are the risotti and the desserts which include an indulgent chocolate mousse. Set in a converted house, the walls adorned with art and scribbled graffiti, the best of the tables are in the restaurant’s shady courtyard where local jazz and salsa bands perform on several nights of the week. The pre-dinner cocktails, including a range of flavored martinis, come highly recommended.
Open In Google Maps
Peguy Ville Pétion-Ville, Ouest, Haiti
+50925123325
Visit Facebook page
Give us feedback

One of the best places in the capital for French cuisine, La Plantation’s specialities include steak tartare, snails, fish soup, rack of lamb and warm goat’s cheese salads. Set in and around a central courtyard garden shaded by palms and hung with trellises, the dining room’s colonial charm is accentuated by dark wooden ceiling fans and tiled floors. The wine list of predominantly French bottles is a further highlight and one of the more extensive in Port-au-Prince. Popular with visitors, expats and NGO workers, La Plantation also offers a lavish private room which can be hired for special events.

Known as the ‘City of Poets’, Jérémie is the birthplace of several of Haiti’s most respected literary figures including Etzer Vilaire and Emile Roumer. Though less renowned for its cuisine, there are a number of Creole restaurants worth investigating. L’Oasis is among the best, with seafood dishes a particular strength. Portions are generous and inexpensive and most items arrive accompanied by salad, rice and fried green plantain (bannann peze). The Haitian classic Lambi Creole (Conch in an onion, garlic and tomato based sauce, sharpened with a little vinegar and lime juice) is particularly good here and worth trying. There’s occasionally live music in the evenings. 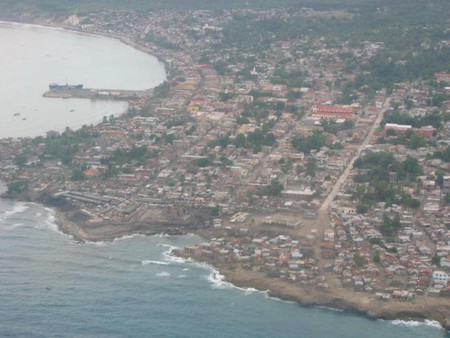 Hotel Restaurant, Vegetarian, Mediterranean, Fast Food
Facebook
Email
Twitter
Pinterest
Copy link
Share
Map View
A former coffee town known for its handicrafts, colonial architecture and for hosting the most spectacularly raucous carnival celebrations in the country, Jacmel is an essential stop on any Haitian itinerary. The restaurant at Hotel Cyvadier, a few miles outside of town, is the best option in the area for food. Arrive for breakfast and you’ll be presented with fresh fruit, pastries and local coffee. Beyond that, freshly caught fish and seafood is the order of the day with lobster and grilled red snapper among the highlights. There are vegetarian dishes too, including avocado and basil bruschetta, and squash soup. The restaurant’s terrace, dotted with coconut palms offers spectacular views across the cove.
Open In Google Maps
Sud-Est, 9110, Haiti
+50938448264
Visit Website
Give us feedback
Give us feedback