The Best Things to Do in Guadeloupe 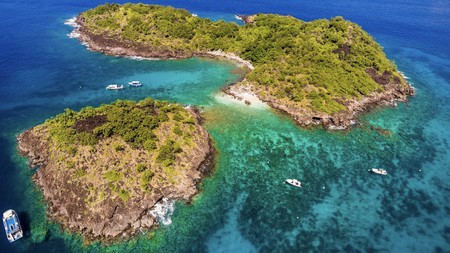 Whether it’s soaking up rays on Pain de Sucre Beach, picking up supplies at the Spice Market or swimming in the clear waters of Bassin Bleu, there are endless things to do on the dozen sun-kissed islands of Guadeloupe. Here are our favourites.

Steeped in history, untouched by mass tourism and boasting more than its fair share of natural beauty, the islands of this French archipelago offer culture, adventure and, above all, great food. The island’s African roots remain very much part of its Creole culture, which can be explored at its many museums and restaurants. The quiet villages on the five main islands butting the coastline feature rainforests with waterfalls, towering volcano peaks and mangrove-fringed beaches. 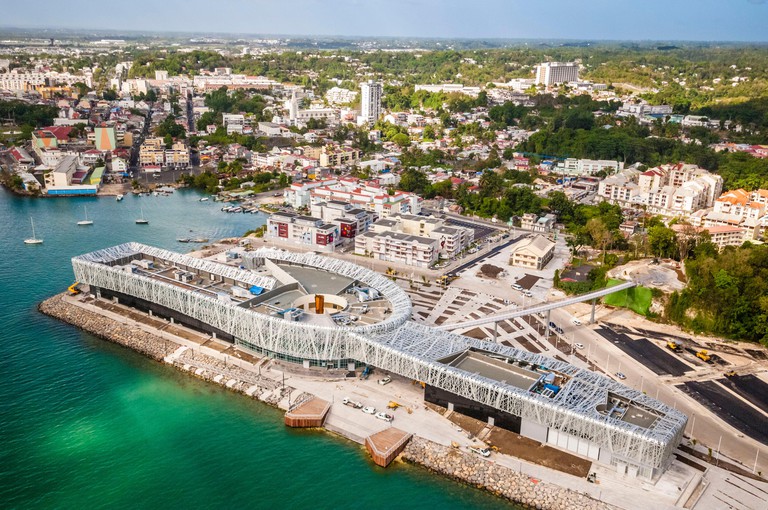 Grande Terre, Pointe a Pitre, Memorial ACTe, architects and project managers Fabien | © BRUSINI Aurélien / hemis.fr / Hemis / Alamy Stock Photo
Preserving the memory and voices of those who suffered during slavery, the Memorial ACTe visitor centre is dedicated to telling and conserving the untold stories of the slave trade that shaped these shores, alongside the history of the indigenous people who originally called the land home. Memorial ACTe is aptly located on the site of a former sugar factory in the capital Pointe-à-Pitre; leave a few hours to walk through and reflect.

Browse the Spice Market in Pointe-à-Pitre 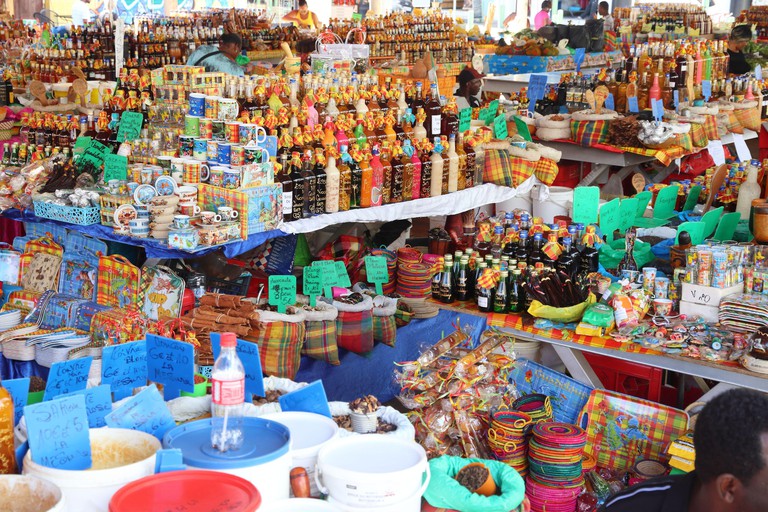 Spice Market in Pointe-à-Pitre | © Marek Slusarczyk / Alamy Stock Photo
You can’t make Guadeloupe’s Creole cuisine without a whole lot of spice and flavour. Head beneath the iron canopy of the Spice Market in Pointe-à-Pitre, a riot of colour and alluring scents, to pick up supplies. Vendors will call to you as you walk through stalls of cinnamon, vanilla, star anise, paprika and saffron – and chillies, piles of chillies. Try some homemade rum punch, and ask for cooking tips. 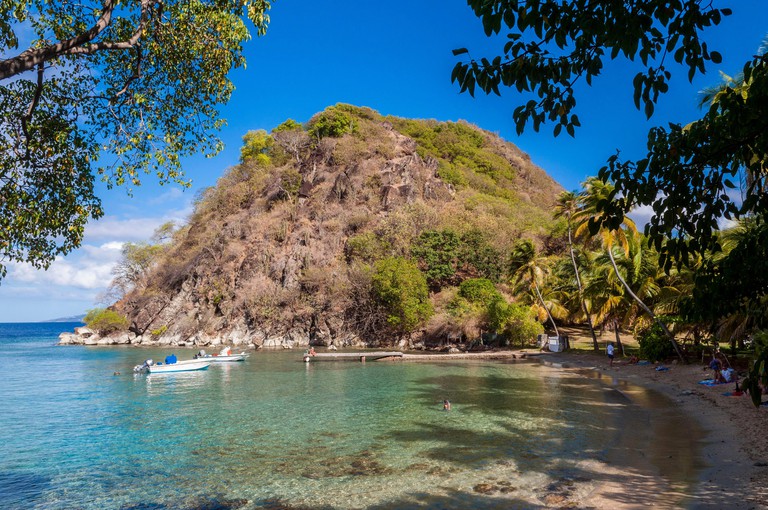 Pain de Sucre beach | © GIUGLIO Gil / hemis.fr / Hemis / Alamy Stock Photo
Chartering a yacht for the day is one of the best ways to explore Guadeloupe’s scenic shores, where you can drift by beauty spots, cooled by the gentle sea breeze. And there’s no more scenic a stop than Pain de Sucre Beach. Named after the Rio de Janeiro Sugarloaf, Pain de Sucre sits tall in the water, its sheer rock topped by lush forest and framed by golden sands. This is dream desert island living, with clear shallows and languid palms that shade the small strip of beach.

Worth a trip to the island of Marie-Galante in its own right, La Playa has a reputation for serving up the best food in Guadeloupe. Combining locally caught seafood with Creole flavours, standout dishes include tuna medallions with sesame seeds and wasabi and whole lobster with Creole sauce. Finish with a nightcap overlooking the ocean.

Restaurant, Seafood
Facebook
Email
Twitter
Pinterest
Copy link
Share
Map View
This homely downtown restaurant serves up some seriously fine dining. Choose from over 100 wines from the extensive wine cellar, and order classic French dishes with a Creole twist. We’re partial to the tuna tartare, crayfish and citrus salad, shrimp tempura with papaya, and grilled catch of the day with passion fruit and orange sauce. Not a fish fan? Try the duck breast with tamarind and ginger. 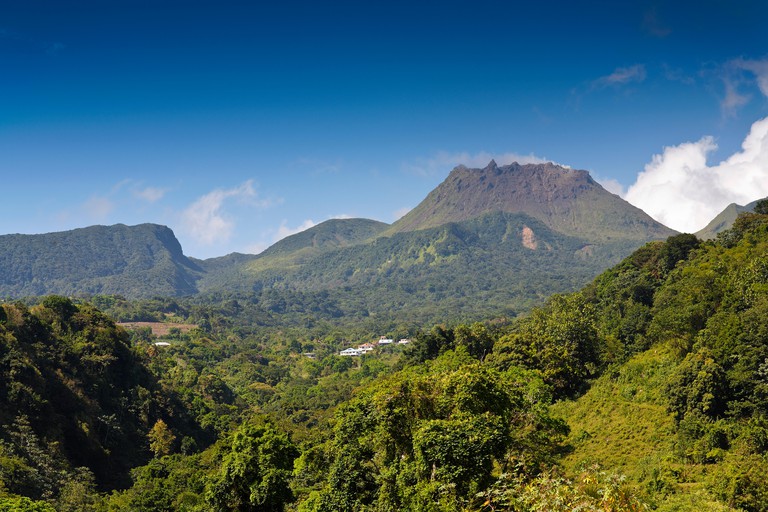 La Soufriere, an active volcano and the highest peak of Guadeloupe, Lesser Antilles, Caribbean | © Iris Kürschner / imageBROKER / Alamy Stock Photo
Set your alarm clock. You’ll need to get up early if you’re going to catch the sunrise from the highest peak in the Lesser Antilles. At almost 1,500m (4,921ft) high, La Soufrière dominates the island of Basse-Terre – on a clear day, offering views out towards the islands of Les Saintes, Marie-Galante and Dominica. The quickest route to the summit takes around two and half hours, winding its way up through sprawling vines, towering trees and rocky outcrops until the vegetation clears, revealing a craggy, steaming summit. Cool down with a dip in the mesmerising blue waters of the jungle waterfall and the natural pool of Bassin Bleu. 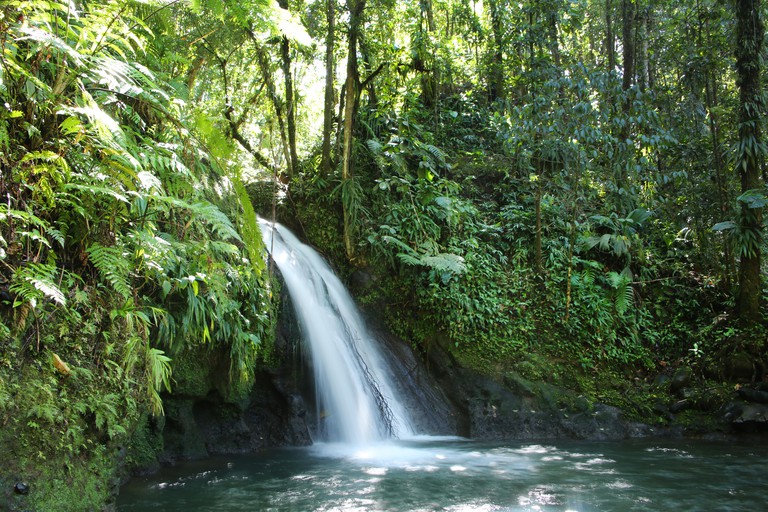 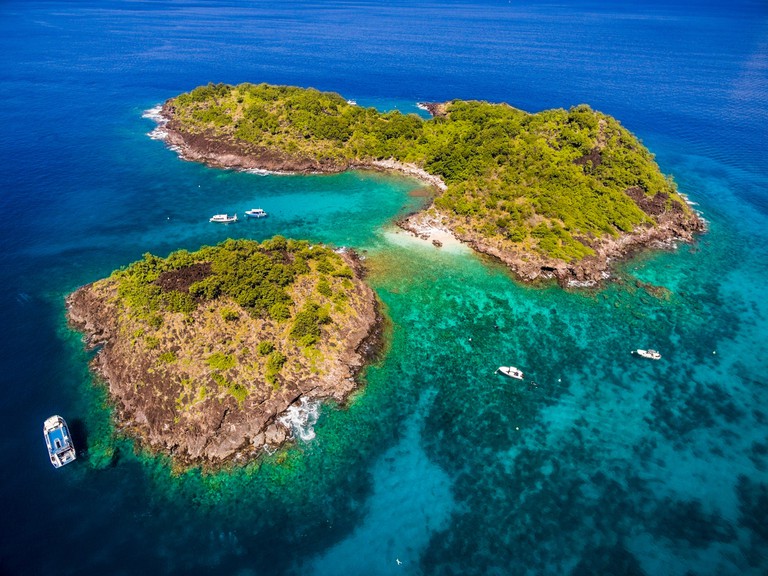 Réserve Cousteau | © BRUSINI Aurélien / hemis.fr / Hemis / Alamy Stock Photo
Row to the nearest islet, and swim in the protected cove; then, climb the highest peak to take in the view of the reserve. Surrounding the Pigeon Islands, the Cousteau Reserve consists of a protected underwater reserve, home to vivid corals, wrecks covered with sponges and a number of small islands. While there are several dive schools close to Malendure Beach, kayaking offers a relaxed way to explore. 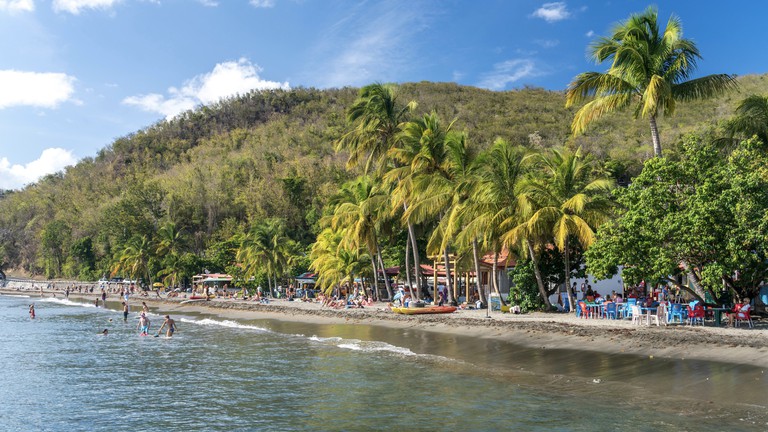 Plage de Malendure | © Peter Schickert / Alamy Stock Photo
Love diving? Fancy a snorkel? The waters at Malendure Beach on the west coast of Basse-Terre are known as some of the best in the Caribbean for diving. The protected waters of the Jacques Cousteau Underwater Reserve are home to schools of tropical fish and several sponge-covered wrecks. Find a diving school on the dark grey sands of the beach, or grab a snorkel and drift above the seagrass beds just off-shore, a favourite spot for turtle-watching. 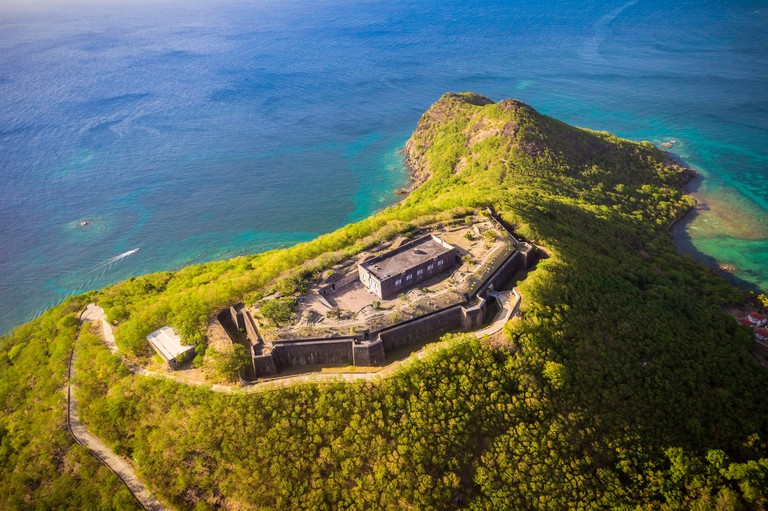 Fort Napoléon, Terre-de-Haut | © BRUSINI Aurélien / hemis.fr / Hemis / Alamy Stock Photo
Catch the ferry across to the Îles des Saintes, and make your way to this impressive hilltop fort. Sitting 100m (328ft) above sea level, the canon-thick walls of this stone monument were built in 1867 to replace an earlier structure built by the British. Learn the history of the fort and the surrounding islands, or simply admire the view.
Give us feedback