Writers from Dominica You Should Know

Anyone who has visited the island will testify to Dominica’s magnificence. It is probably this poetic Caribbean beauty that has inspired lots of artists and writers, who experienced the place with all its charm and left their words imprinted so that we may see it the way they did. Here is our guide to the important writers you should know. 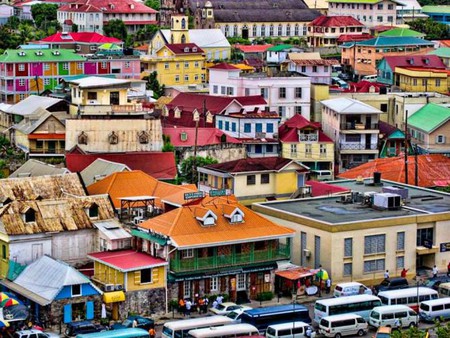 “Only the magic and the dream are true — all the rest’s a lie.”

Ella Gwendolyn Rees Williams was born in Roseau and left for England when she was just sixteen. The isolation she felt as a white girl in a black community would shape an ambivalent attitude to her birthplace which along with the displacement she experienced later in her life would become the background for her unconventional writing. Although her first novels were published during the 1920s and 1930s, it was not until Wide Sargasso Sea, a prequel to Charlotte Brontë’s Jane Eyre dealing with dominance and dependence, that she emerged as an internationally recognized literary figure.

Also known as Elma Gibbs and Elizabeth Garner, Elma Napier was a Scottish-born writer and the first woman elected to a Caribbean parliament who spent most of her life in Dominica. When she moved to the island with her family, she built a home known as Pointe Baptiste on the then-remote north coast. Her memoir Black and White Sands reflects her love affair with the place.

Phyllis Byam Shand Allfrey was a Dominican writer, social activist, newspaper editor and politician motivated by a powerful desire to help the island’s workers and fight racial injustice. Although she is best known for The Orchid House, an autobiographical novel based on her early life which eventually turned into a television miniseries. Identification with her homeland extends to her poetry.

Born in Dominica, Daniel Thaly was educated in Martinique and studied medicine in Toulouse, France. Medicine was however merely an occupation since literature had already won his heart. Now chiefly forgotten, loving references to the island mixed with visions of Africa and the pain of loss after the destruction of St. Pierre by Mont Pelée’s eruption created the setting for several poems of great literary significance.

Pan-Africanist Ralph Casimir was a poet, writer and dedicated promoter of the island’s literature, creativity and culture. Born in St. Joseph, he was a founding member of the Universal Negro Improvement Association led by Marcus Garvey and offered many articles and poems to local, regional and U.S. magazines. Black awareness, pride and anti-colonialism were a major focus of his work which managed to survive through the ages.