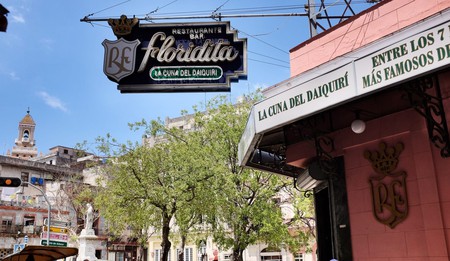 Nobel Prize-winning writer Ernest Hemingway lived for 20 years in Cuba, and you can visit many of the places where he spent his time. Here are the top places for Hemingway fans on the island.

A now world-famous bar in Old Havana, this spot is known for its mojitos. It was the scene of many drinking sessions for the writer, who was known for beating the Cuban heat with a drink or two.

This famous bar in Old Havana has a statue of the writer that you can take photos with. It’s in his favourite place, at the end of the bar where he would apparently come to drink daiquiris after he had finished writing for the day. 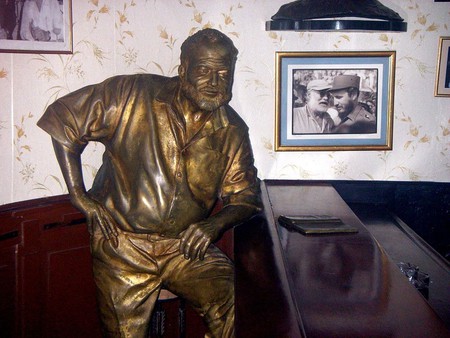 Statue of Hemingway at Floridita bar in Havana | © Havanna / WikiCommons

Hemingway started writing For Whom the Bell Tolls here, in room 511, which still houses the typewriter he used, as well as other artefacts. The 1920s hotel is full of photos and other memorabilia from the time the writer spent here.

This restaurant in the town of Cojimar features in The Old Man and the Sea. Hemingway used to dine here regularly with the skipper of his boat, El Pilar, a man named Gregorio Fuentes.

This beach in northern Cuba is so beautiful that Hemingway is thought to have named his boat after it. He used to return to fish here often, and it is the scene for the climax of his book Islands in the Stream.

Visit the old farm where Hemingway finished writing For Whom the Bell Tolls and The Old Man and the Sea, just nine miles (14.5 kilometres) from the centre of Havana. It still contains many of the original furnishings and artefacts that were left here by the writer. 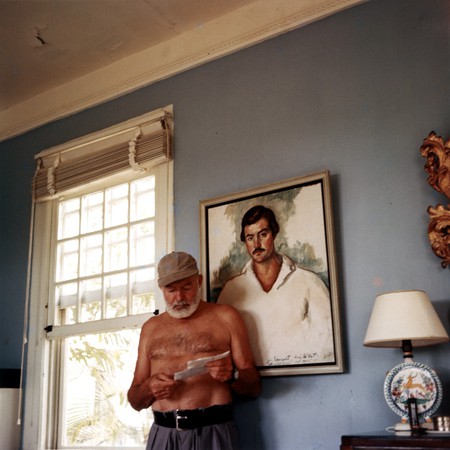 Ernest Hemingway at his home in Cuba, circa 1953, standing in front of a 1929 portrait of himself by Waldo Pierce | WikiCommons

Head to the Marianao neighbourhood of Havana to visit this famous cabaret venue. It remains an attraction today, after hosting raucous parties for the writer and other members of the international jet-set in the 1950s.